The Catholic roots of a Silicon Valley legend, Chuck Geschke 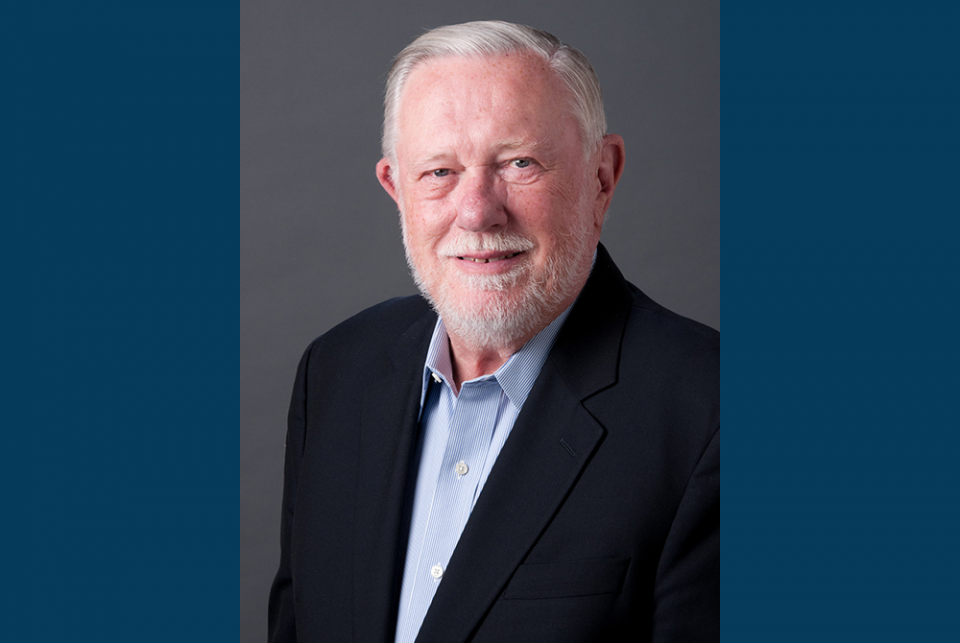 "That best portion of a good man's life;
His little, nameless, unremembered acts
Of kindness and of love."
—William Wordsworth

The next time that you print something from your computer or send a PDF document, you can thank technology innovator Charles "Chuck" Geschke, whose passing on April 16 has been marked by a flurry of tributes in the nation's media.

Geschke, a computer scientist turned corporate leader, is famous for the breakthrough printing and document technology that he and his scientific colleague, John Warnock, pioneered through their company, Adobe Systems. Geschke and Warnock transformed the way the world communicates today.

While celebrated for building one of Silicon Valley's largest and most admired companies, Geschke, a Cleveland-born son and grandson of letterpress photo engravers, lived a life reflective of his deep Catholic and Jesuit roots. These beginnings shaped the extraordinary story of kindness, honesty and service that so distinguished his long career.

I had the good fortune to work with this Silicon Valley legend as a fellow board member for nine years at the Jesuit University of San Francisco. Chuck not only chaired the USF board during a time of change and strengthening but later taught entrepreneurship in the university's business school.

The two of us also served as founding board members of the Leadership Roundtable, an organization formed to promote best management practices within church-related organizations — a passion Chuck shared with many Catholic business people disgusted by the abysmal quality of church leadership that contributed to the clergy abuse scandal.

As I got to know this amazing business leader, I was repeatedly in awe of his humble demeanor, his extraordinary ability to listen and the fervent respect for other human beings that always characterized his interactions.

These attributes no doubt reflected the loving family that raised Chuck and the one that he and his beloved Nan later formed over decades of solid family life. But Chuck was also nurtured by the extensive educational and spiritual formation provided by the Jesuit communities of St. Ignatius High School in Cleveland, over three years of Jesuit seminary training in Milford, Ohio, and studies at Xavier University in Cincinnati. At John Carroll University in Cleveland, Chuck taught mathematics while working on a doctorate at Case Western Reserve University. He later completed his Ph.D. at Carnegie Mellon University.

It was an Ignatian ability to discern importance in the prosaic events of life that seemed to account for a monumentally significant yet risky decision that the newly married Chuck made in graduate school. As a result of a random visit by a former student, Chuck switched his doctoral studies from mathematics to the new world of computer science. His ability to listen and reflect prompted a decision that would unlock an astonishing future in technology that would benefit the entire globe.

Geschke told graduates of John Carroll University in 2012 that his Jesuit education "equipped me to cope with those experiences and realize the dreams that I never dared to imagine." And that was not always good fortune, as Chuck discovered in the spring of 1992. Kidnapped at gunpoint from his company's parking lot, he was held for ransom for several days, chained and gagged in an abandoned house. He was finally rescued finally by the FBI, and his captors were later arrested and imprisoned.

I once asked him about this traumatic incident and he bashfully shared with me what he did to stay calm. He said he quietly recited the rosary, aware that he was unlikely to see his family again, yet still blessed by a kind of peace that came over him and an awareness of divine presence.

Although Chuck Geschke's scientific and commercial success more than qualifies him to take a prominent place in the annals of Silicon Valley, it's something else that warrants celebration by those of us who belong to the church he so capably and generously served: his extraordinary example of integrating the Christian values of human respect, gentility and justice into daily living.

If he and Nan ever sat across from Christ someday, Chuck said during a presentation at the National Catholic Education Association a few years ago, he wanted to be able to say, "We heard you, and we didn't do it perfectly, and probably didn't do it as well as we should have, but we've tried. We tried to listen and tried to do what you asked us to do."

[Frank J. Butler is the author of Belonging: One Catholic's Journey (Orbis 2020) an Illumination Award winning biography. He is an NCR board member.]