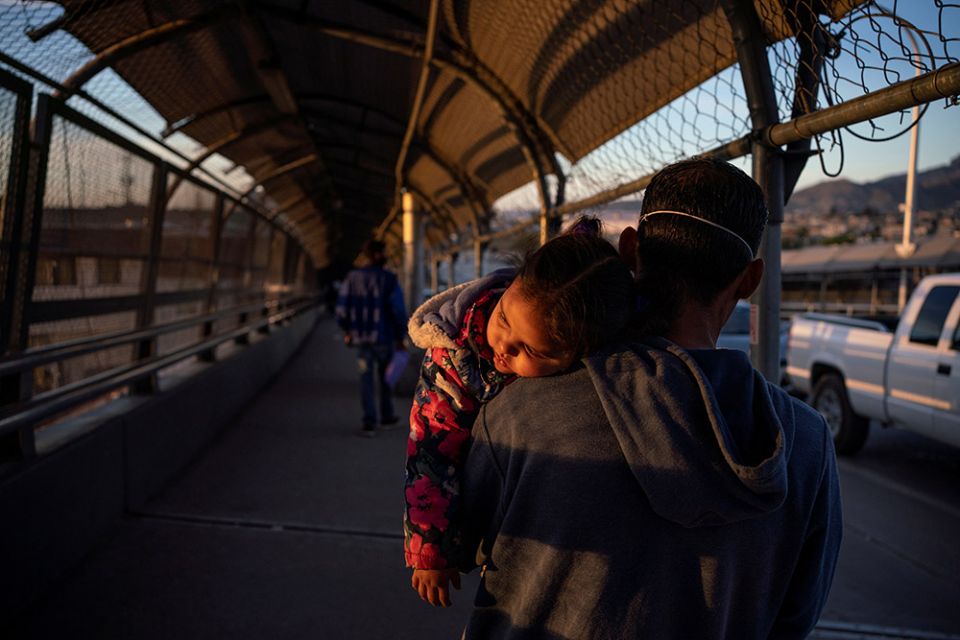 Once upon a time, Republicans complained about activist judges. Not anymore. The U.S. GOP majority on the Supreme Court this week let stand a far-reaching ruling by District Court Judge Matthew Kacsmaryk that not only invalidated President Joe Biden's decision to end the "Remain in Mexico" policy (formally called the Migrant Protection Protocols, or MPP) that forcibly removed those seeking asylum across the border while their claims were being processed, but ordered the administration to start up the policy again.

Much of the decision had to do with whether or not the administration violated the Administrative Procedure Act (APA), which requires government agencies to change policies in specific ways. In his decision, Kacsmaryk wrote:

The APA prohibits agency actions that are "arbitrary, capricious, an abuse of discretion, or otherwise not in accordance with law." This means "federal administrative agencies are required to engage in reasoned decisionmaking." To do so, "the agency must examine the relevant data and articulate a satisfactory explanation for its action including a 'rational connection between the facts found and the choice made.' " Normally, an agency rule would be arbitrary and capricious if the agency has relied on factors which Congress has not intended it to consider, entirely failed to consider an important aspect of the problem, offered an explanation for its decision that runs counter to the evidence before the agency, or is so implausible that it could not be ascribed to a difference in view or the product of agency expertise." [Legal citations removed.]

In this case, it is worth pointing out that something important happened within the last year that provided all the justification for the decision our democratic system should require: Biden beat Donald Trump in an election in which treatment of immigrants was one of the principal issues at stake. 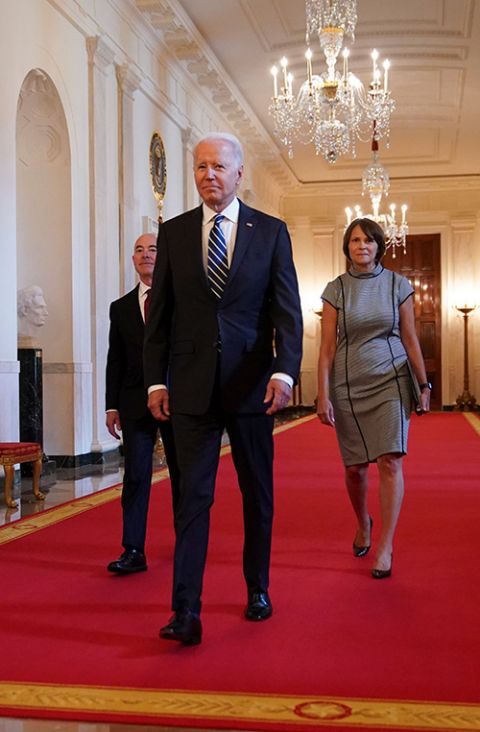 So, when Kacsmaryk writes that "First, the Secretary failed to consider several of the main benefits of MPP," it is pretty obvious that the judge is intent on interjecting his own set of values over against those of the voters.

Kacsmaryk also does not recognize the degree to which the Trump administration tried to bind its successor, even during the transition period. The Memorandum of Understanding into which the federal government entered with the state of Texas was signed on Jan. 8 of this year, that is, two days after the failed coup attempt at the Capitol. That memorandum is part of the reason Texas was able to bring the current suit.

The judge also notes that the outgoing administration warned the incoming one about the "dangers of ending MPP."

If he hadn't noticed, Biden is not a xenophobe and Alejandro Mayorkas, the secretary of the Department of Homeland Security, is himself an immigrant, so they do not see the same dangers from immigration that kept Trump adviser and xenophobe-in-chief Stephen Miller up at night.

The judge goes on to write:

Second, the Secretary also failed to consider the warnings by career DHS personnel that "the suspension of the MPP, along with other policies, would lead to a resurgence of illegal aliens attempting to illegally" cross the border. This is all the more important because the Secretary had the opportunity to see if the warnings were predictive because the Secretary suspended enrollments in MPP on January 20, 2021. From that date until June 1, 2021 when MPP was permanently terminated, the Secretary had the opportunity to observe the ever-increasing number of border encounters.

The logic is so flawed here, it takes one's breath away. Everyone in the Western Hemisphere knew that Biden would implement a less anti-immigrant policy than his predecessor. Does Kacsmaryk really think the increase in the number of "border encounters" was due solely or even mainly to the suspension of the Remain in Mexico policy? Has he also gotten a shot of ivermectin to ward off COVID-19?

The third item on the judge's list of horribles is that the administration did not consider what cost termination of the policy would impose on the states. It is minimal and the states lost their jurisdiction in immigration law when they joined the union. He then writes:

Fourth, the Secretary also failed to meaningfully consider more limited policies than the total termination of MPP. "When an agency rescinds a prior policy its reasoned analysis must consider the alternatives that are within the ambit of the existing policy." The entirety of the Secretary's reasoning in not modifying MPP is contained in a single sentence: "I also considered whether the program could be modified in some fashion, but I believe that addressing the deficiencies identified in my review would require a total redesign that would involve significant additional investments in personnel and resources." The Secretary does not identify a single example of what a modified MPP would look like or what kind of investment would be needed to modify or scale back MPP.

What is this? He didn't approach this decision with the kind of cost-benefit analysis the judge explicitly mentions and so that invalidates it? Mayorkas also did not call me for my opinion on the matter. Does that show his lack of due diligence?

If this judge wanted to make these kinds of distinctions, he should have sought appointment to a different office from that of a judge. This is not just judicial activism. It is judicial nitpicking.

The second rationale Kacsmaryk offers for his decision is that the law requires that the administration either detain migrants seeking asylum or send them back to Mexico. He writes:

The administration argued, correctly, that the law has never been interpreted in such a restrictive manner. If the judge can take liberty with the meanings of statutes and words, I submit that "detention" has a variety of interpretations also.

Even if you agreed with the judge up to this point, and I don't, his remedy is bizarre: He ordered the administration to start up the Remain in Mexico policy again, even though it has not been operative for months and resources have been diverted elsewhere.

When I was young and naughty, my mother would tell me to mind. If I did not do so, or tried to argue a point, she would invariably say, "Stop being cussed." It is what the Supreme Court justices should have said to Kacsmaryk. They didn't. 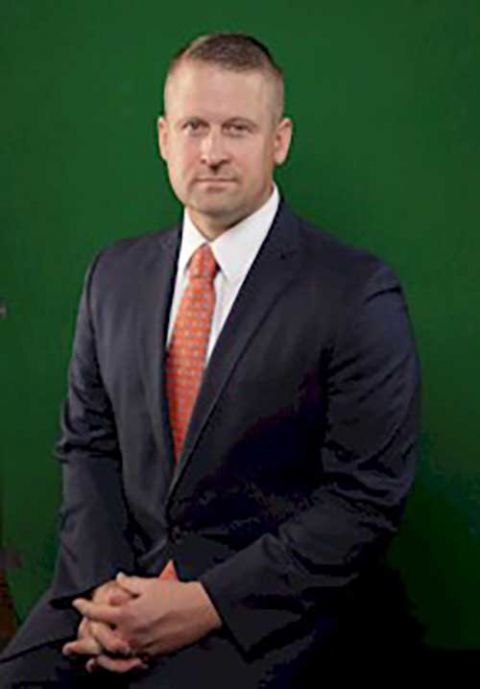 The Catholic Legal Immigration Network, rightly, is not letting the Biden administration off the hook. "CLINIC and our affiliates, like so many across this country, stand ready to welcome," said CLINIC executive director Anna Gallagher. "Our message to the Biden administration at this critical moment is clear: we will hold you to your promise to restore the soul of America. To do so, you must take immediate action to end Remain in Mexico."

Whatever you think of the administration's actions regarding immigration, it is clear that Kacsmaryk is the one who is "arbitrary" and "capricious" and who, in this instance, "abused his discretion" — if he had much discretion to begin with.

Kacsmaryk, sadly, is also one of ours, that is, a Roman Catholic. According to the questionnaire he submitted to the Senate Judiciary Committee when he was nominated, he has been a member of the Red Mass Committee for the Fort Worth Diocese since 2015.

He has been a member of the Federalist Society, the proving ground for right-wing legal apparatchiks, even longer, since 2012. He also worked as deputy general counsel at a right-wing religious liberty organization in Texas, the First Liberty Institute. The organization is currently promoting its pamphlet on how to seek a religious exemption from the vaccine mandate.

Worst of all? Kacsmaryk is only 44 years old. He will be on the bench for a long, long time. Elections have consequences and some of those consequences will be with us for decades. The next time some special interest group demands that the Democrats embrace some extreme position that is not popular with mainstream voters, tell them about Judge Kacsmaryk.