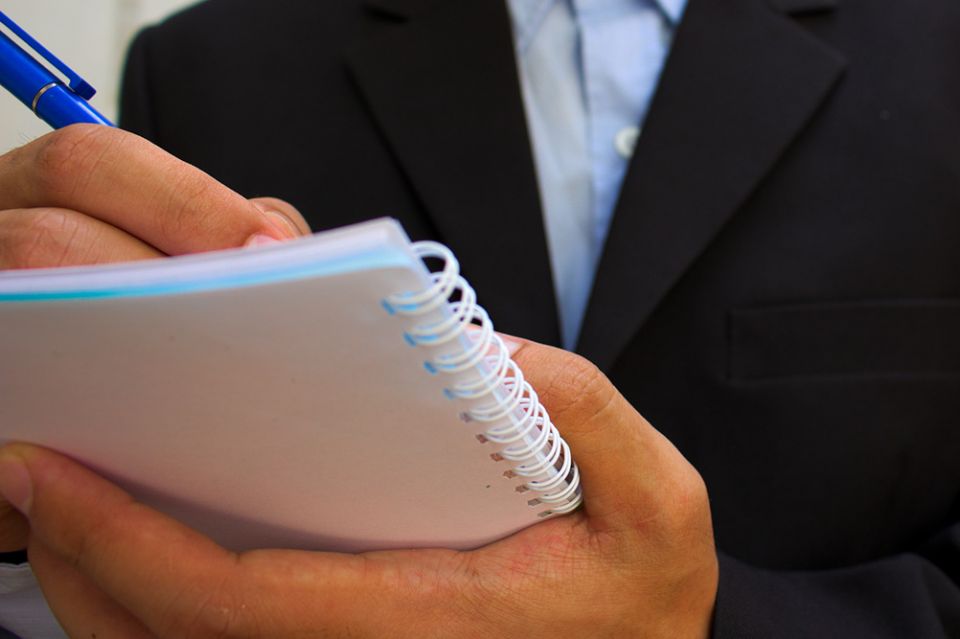 Is anyone else tired of Catholics behaving badly? Not run-of-the-mill badly, say, being a little lazy, or a tad judgmental, or abrupt with a subordinate. Really badly, doing or saying something that is really hateful or really harmful. Today, I shall become a modern-day "Ko Ko" from Gilbert and Sullivan's "The Mikado" and share with the readers my own little list of Catholics behaving badly.

I begin with the signatories of a "Statement of Conscience to Awaken Conscience." They object to the consensus of theological ethicists and ecclesial authorities who have indicated that it is not only licit and permissible but commendable to receive a COVID-19 vaccine regardless of its exceedingly remote connection to cell lines originally derived from fetal tissue from an aborted fetus.

"We resist this 'consensus' being foisted upon us as morally repugnant: we do not wish to benefit from abortion," they write, before lapsing into theological reasoning that bears not the slightest resemblance to Catholic moral theology.

For example, the statement opines, "We find insufficient the accounts of moralists who lean on casuistical distinctions, originally designed to analyze private action in a Christian society, when we are crushed by a public edifice determined to protect the so-called 'right to abortion', and determined in addition to benefit from its byproducts in many ways beyond the current (and previous) vaccines."

Even some prior "Christian society" was complex and required casuistry to determine how to live morally upright lives in such complexity, which is how we got our magnificent teaching on cooperation with evil.

The signatories of this document want nothing to do with that proud intellectual and moral achievement. They are the Catholic Amish, people who want to exercise the Benedict Option and remove themselves from civil society and form a colony of purists.

It's true that our church venerates St. Simeon Stylites, the hermit who sat atop his pillar for 37 years. And I have nothing but love for the Amish. But that form of Christian witness is not consistent with, say, the mission of a Catholic university, yet there are the names of professors Catherine and Michael Pakaluk of the Busch School of Economics at the Catholic University of America. Catherine Pakaluk is also on the board of directors of the Napa Institute, which claims its mission has something to do with the new evangelization, as well as the smoking of expensive cigars while drinking expensive brandy.

The couple also are listed as "faculty scholars" at Catholic University's Institute for Human Ecology. Jay Richards, another "faculty scholar" whose slavish defense of laissez-faire economics I confronted in a discussion at the Cato Institute, is also one of the signatories.

Capizzi pointed me to a recent conversation his institute sponsored on the subject of the vaccine. As promised, the conversation was sane, but also unnecessary. There is no, repeat no, moral controversy about taking these vaccines. Entertaining the idea that there is, even if you do so in order to debunk it, may be an act of Christian charity for our disturbed coreligionists, but it does not win any prizes for intellectual seriousness either.

If an institute dedicated to integral human ecology at a Catholic university wanted to discuss the moral significance of vaccines, the obvious angle would be the moral necessity of getting the vaccines to people in poor countries.

I note, in passing, that one of the signatories is the disgraced former nuncio, Archbishop Carlo Maria Viganò. Seeing his name affixed to a document should be enough to warn others against signing, no? Seeing Viganò affirm something creates the exact same sensation you get when you drive onto a limited access turnpike and then your engine light comes on.

The Catholic governor of Texas, Greg Abbott, also earns a spot on our list of Catholics behaving badly. He held a press conference in which he claimed there was a "crisis" at the nation's southern border. "The Biden administration opened the floodgates to any child who wants to come across the border is going to be able to come across the border," Abbott said. "And I know from what's going on, on the ground, they were completely ill prepared for this."

What is his solution? To let unaccompanied minors suffer on the other side of the border, in Mexico? Does Mexico have more resources than the U.S.? Are they not "ill-prepared" also? The reckoning from four years of bad policy will take some time to repair. There will be rough spots. At least the Biden administration is trying to find a humane approach.

It got worse. Abbott fretted that the immigrants were bringing COVID-19 across the border. "The Biden administration is recklessly releasing hundreds of illegal immigrants who have COVID into Texas communities," proclaimed the governor, a claim that Politifact labeled "mostly false." Lying about desperate people is a special kind of evil, and in this case, it was a double whammy of evil because Abbott had lifted the state's mask mandate earlier this month. That decision helped him change the subject from the last time he got caught lying, when he blamed frozen windmills for the failure of Texas' power grid, another claim that did not bear scrutiny. Abbott should have given up lying for Lent.

Laura Ingraham has repeatedly beat the drum on the immigration issue also, but that is not why she made this list. She did something even more despicable. Last week, she had a segment about the upcoming trial of Derek Chauvin, the police officer accused of murdering George Floyd. Ingraham and her guest, John Hinderaker from the Center for the American Experiment, raised questions about the impartiality of the trial and criticized the judge for ruling evidence of a 2019 arrest of Floyd was inadmissible. They repeated the allegation that Floyd was not murdered at all, that he died due to drugs he had previously ingested. Does Ingraham moonlight as a medical examiner?

Everyone deserves a fair trial, but why was Ingraham repeatedly impugning Floyd's character and raising doubts about Chauvin's moral guilt when we all watched that gruesome, inhumane video? What possible objective did this segment serve except to reinforce the basest racist stereotypes available? It was revolting.

To end racism tomorrow, confront the past today, panelist says

What's wrong with the Trump presidency?