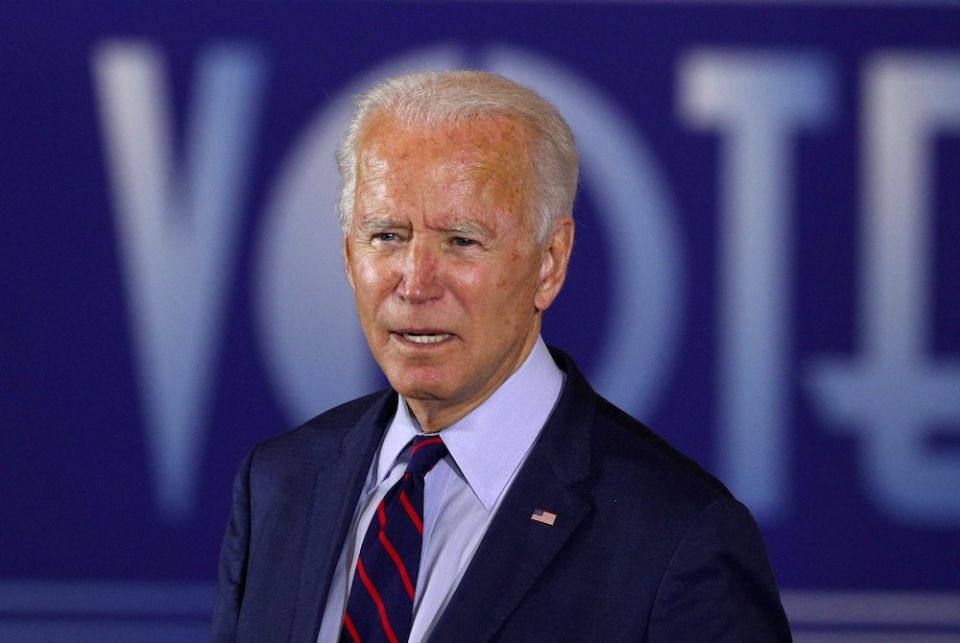 In the final stretch, Joe Biden's character and Catholicism are greasing the wheels to victory.

The conversation many of us have been having with ourselves in the shower or when walking the dog is now spilling into private conversations with friends and even onto Twitter: What are you hearing from Florida? From Pennsylvania? Do you trust the polls? Do you think Biden has this thing nailed down? Will we know that night? What is different from 2016? No one wants to jinx it, but the anxiety is too great to bear it alone.

Very few people voiced such anxieties four years ago. Only after Donald Trump's surprise victory did we learn about the memo sent to the Hillary Clinton campaign in May, 2016, warning them that they could lose the Rust Belt states that constituted the famous "Blue Wall." In Ohio, the longtime Mahoning County Democratic Chair David Betras tried to explain to the Clinton campaign that their position on trade and their prioritization of cultural issues over economic ones were killing her chances with white, working-class voters.

"Look, I'm as progressive as anybody, okay?" said Betras after the November debacle. "But people in the heartland thought the Democratic Party cared more about where someone else went to the restroom than whether they had a good-paying job. 'Stronger together' doesn't get anyone a job."

Biden was not my choice to be the standard bearer of the Democratic Party, but more than any other Democratic candidate, he has largely sworn off the culture-war issues that have dogged Democrats in the heartland. It was a remarkable achievement that this year's truncated, virtual Democratic National Convention did not emulate the "abortion-palooza" nonsense of 2012 nor feature pro-choice leaders "shouting out" their abortions. People know where he stands on the issue, and his positions are nearly identical to those of Secretary Clinton. He doesn't need to spend an inordinate amount of time focused on it. Same with gay rights.

Biden seems to understand in his bones, however, that if you spend a disproportionate amount of time talking about transgender students' bathroom options, or why late-term abortions are of no real moral concern, the millions of Americans who are out of work, or underemployed, or hold a job without benefits, will begin questioning the candidate's priorities and start looking to someone else, someone who at least acknowledges their struggles. That is why Trump won Michigan, Pennsylvania and Wisconsin four years ago — and why he is behind in all three today.

In a sign that coalition-building is still possible, Biden's campaign has also made Georgia competitive, not on the strength of white working-class voters but with the support of African-American voters who sat out 2016. The state's Republican Party has been inventive in trying to find ways to suppress minority voting and, unsurprisingly, provoked a counterreaction. The GOP forgot that if you want someone to value something, try and take it away from them.

Four years ago, Clinton's stump speech was a laundry list, mentioning this program for the LGBT community and that policy for women and a third for Latinos. Bill Clinton also delivered laundry lists, but he had the ability to wrap it up into a whole and to demonstrate empathy while doing so. Hillary lacked the empathetic touch, but Biden has it in spades. Biden combines that empathy with a core principle of Catholic social doctrine, human dignity, a trait we share, not an identifying marker that distinguishes us. You see in Biden that universalist liberal impulse without which you do not get a coalition, only a congeries of interests.

To be sure, the pandemic has evoked a sense of shared responsibility for each other more clamant than any issue Clinton faced in 2016. If there had been no pandemic, it is doubtful Biden would be leading in so many swing states. If the economy were still humming along, unjust in its unequal distribution of rewards but humming nonetheless, I suspect Trump would be headed to an easy victory. The voters may have disapproved of Trump's vulgar tweets, his incessant lying and his race-baiting, and they saw an interview with his niece who said the nastiest things about him, but they had a job and so did everyone they knew. As I explained in early September, his denial about the pandemic was "the lie that will matter."

As soon as people heard the audio clips of Trump telling Bob Woodward that he knew how bad the coronavirus was, while he was downplaying it publicly, I knew this issue would be different for him. His contracting the virus served to keep the issue at the forefront. In his stump speech, he insists we are "rounding a corner," and people who only watch Fox News or EWTN might believe him. Most voters, however, watch local news. They want to get the weather, find out about traffic, check local sports scores. And local news is leading with stories about record numbers of new cases, hospital beds filling up, the mortality rate ticking upward.

The pandemic has demonstrated Trump's incompetence in a way nothing else has. And while his repugnant personal character has been there for all to see, some voters said they did not care about it so long as he delivered conservative judges and a booming economy. Now, his character is in the way of effectively confronting the pandemic, and that makes it harder to look away.

The Holy Father, in his recent encyclical, Fratelli Tutti, explained that he had intended to focus on interreligious dialogue, but the pandemic required him to adjust his focus. A threat such as this demonstrated the need to strengthen the bonds of solidarity in society, to even go beyond solidarity to a sense of social fraternity. The American people have understood the need to recalibrate virtually everything in their lives, from the ways their children attend school to the frequency with which we all shop and entertain and even worship. Only the president and his acolytes behave as if nothing need change. He and Vice President Mike Pence continue to talk about freedom when discussing the coronavirus, yet it is the libertarian tic in the American psyche that is a large part of the reason our situation so much worse than other countries.

One acolyte warrants special mention. If Justice Amy Coney Barrett really believes what she has said about how different the judiciary is from the political branches, why did she consent to participate in what amounted to a campaign rally at the White House Monday night after the Senate voted to confirm her? In her remarks, she said, "My fellow Americans, even though we judges don't face elections, we still work for you." Yet, she was standing next to someone who routinely denigrates "Democrat-run cities" and "Democrat-run states." Her defenders speak of her sterling character. Sterling character is made of sterner stuff.

2016 left us all chastened about making predictions. Still, the snake at FiveThirtyEight shows Trump leading in Texas by the same 2.4% margin that Biden is leading in Florida. Trump needs them both to get to 270 and Biden does not need either. Pennsylvania is only the eighth closest race in the country, as Biden is leading there by 5.3%. Only one out of eight of the most recent polls has Trump winning the Keystone State. My sources in the labor movement tell me that almost all of those members they ID'd this summer as undecided are breaking for Biden. It is now as likely that Biden wins in a landslide as that Trump wins at all.

The only poll that matters is the one on Election Day. As much as I fear four more years of Trump in the White House, it is the prospect of a very, very close election that worries me more. But both those fears are looking ever more remote.

The Democrats' virtual convention achievement: The message got out