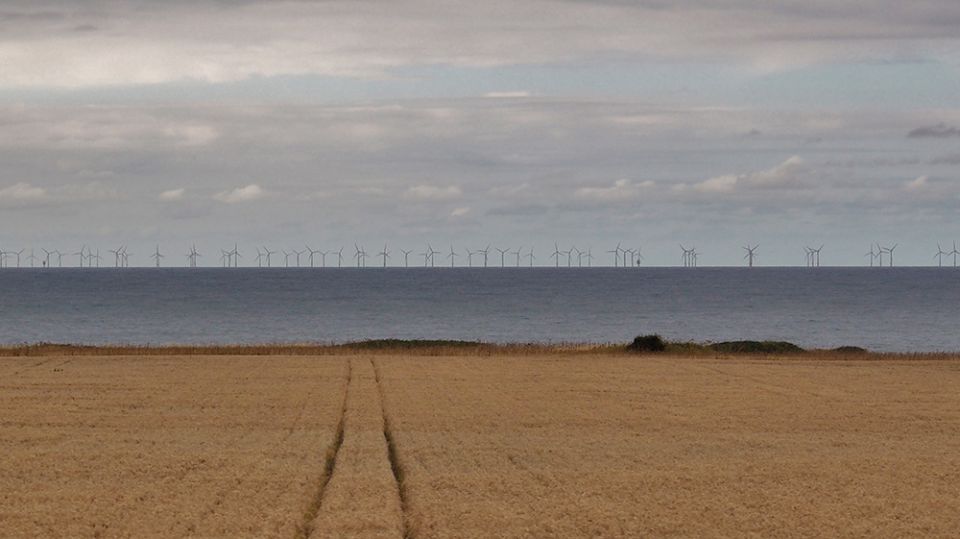 An offshore wind farm in the North Sea (Wikimedia Commons/johnkell)

In Deseret News, a look at the Latino vote, and the role religion plays in driving some Latinos into the Republican Party; that is, evangelical Latinos tend to be more Republican. The story notes that Latino millennials, Catholic or evangelical, are opposed to liberal abortion laws. And Chuck Rocha, who worked on Latino outreach for Sen. Bernie Sanders, reminds Democrats that Latinos are not that different from other working-class voters: "Jobs, the economy, COVID relief, education — that's what's driving folks right now," Rocha said. "Gas prices, bread prices. They're really concerned about their kids not being able to go back to school because working class families have to figure out child care." This is a really well done, balanced story proving again that the Deseret News is one of the best journalistic outfits publishing today.

Watching right-wing pols virtue signal to each other is a stomach-turning sport. Yet, how else to describe former U.N. Ambassador Nikki Haley and Missouri Sen. Josh Hawley calling for President Joe Biden to resign. This version of conservative wokeism, constantly trying to out-extreme each other, is one of the uglier legacies of Donald Trump.

At Politico, Susannah Luthi has an excellent article about the ways China is spreading its cultural and political reach in Tonga, a small archipelago in the South Pacific. Unlike Western governments that seek influence in the region, the Chinese government is all business, no ideology, but they burrow into a country in ways that could be very difficult to break. Fascinating and frightening reporting.

Harvard University, once the intellectual bulwark of Calvinism, has named its first atheist as chief chaplain, Greg Epstein. According to this profile in The New York Times, the choice reflects the fact "dozens of students whom Mr. Epstein mentors have found a source of meaning in the school's organization of humanists, atheists and agnostics, reflecting a broader trend of young people across the United States who increasingly identify as spiritual but religiously nonaffiliated."

At Colossal, photographer Thibaud Poirier has some photographs of modern churches, mostly in Europe, and they really are quite beautiful. I like that he has taken the same angle shot of them all, so that one can compare them. I admit I am partial to the chapel at the Air Force Academy, but Notre Dame du Travail in Paris is also very beautiful, combining Gothic themes with Victorian-style iron work that I think works splendidly. They are all of them beautiful and a visual testament that refutes the canard that the post-conciliar era has seen only ugly churches built.

I do not pretend to understand engineering, so I was completely shocked by this story at New Atlas about wind turbines. It turns out that there is a disproportionate increase in the amount of electricity generated by having larger turbines. I am training myself to see these monstrous looking contraptions as beautiful — after all, they are integral to saving the planet — and when you fly over a wind farm in the ocean, like those in the North Sea, they are impressive and possessed of a certain kind of beauty.