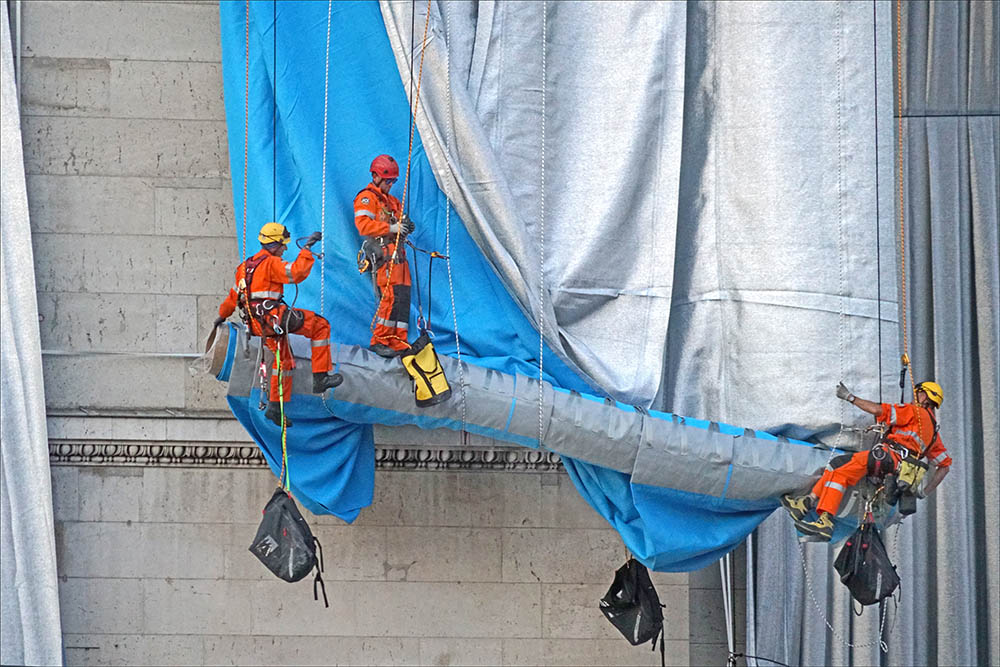 From Vatican News, a lesson for the U.S. bishops from our friends to the north: The Canadian bishops issued their one-page — that's right, one page! — guidance to voters in advance of yesterday's elections. The bishops encourage people to vote, and to follow their conscience in doing so, articulating several issues, without labeling any one issue preeminent.

The Washington Post reports on the weekend's elections in Russia. Unsurprisingly, Vladimir Putin's United Russia party won handily amid reports that election observers were kept from observing the counting of ballots and accosted by thugs. And it is easier to win when the charismatic leader of the opposition, Alexei Navalny, is in jail. Americans take note: Once you put a strongman like Putin in power, it can be difficult to get him out.

At The Tablet, the editors make one of the most compelling cases I have ever read against establishing a legal right to assisted suicide, which will be debated in Great Britain's Parliament next month. It is so well composed, I decline to pull out a money quote: You should read it in its entirety. The sanctity of life is being chipped away and the followers of Jesus Christ are called to defend it. Rarely has that defense been so eloquent.

At CNN, numbers-cruncher Harry Enten warns Democrats that California Gov. Gavin Newsom's easy victory in last week's recall election does not mean the party should not worry about next year's midterm elections. Enten especially notes that Joe Biden's approval numbers dropped significantly from what they were when he won election last November. I think analogizing from a special election to a general election is always a dangerous business. More importantly, Democrats cannot sit on their laurels because the stakes are so high: So long as the GOP belongs to Donald Trump, Democrats must do everything possible to deny that party political power.

At Politico, the French government recalled its ambassador to the United States to protest a deal to sell American submarines, instead of French ones, to Australia. Every government needs to demonstrate some backbone when another country takes a decision that will cost jobs to the aggrieved nation, but there is also something about the French national character that is easily roused to pique, which is one of the things we love about them. For example, unimpressed with the contestants at the recent Besançon conducting competition, the judges refused to award any prize. In America, we think everyone should get a prize. The French, not so much.

In The Irish Catholic,* Massimo Faggioli replies to the recent speech by former Irish President Mary McAleese criticizing Pope Francis. Faggioli's conclusion is unassailable: "It seems to me that the question is ultimately whether the foundation of the Church and of synodality is sacramental or juridical. Dr McAleese thinks it is more juridical. This would only serve the enemies of synodality and of this 'synodal process' which, she is right on this at least, needs a miracle to succeed."

At the People's History Museum, a brief look at the emergence of trade unions in the 12th century. Religious activities were at the core of their mission but they also sought to regulate admission to the trade as well as regulating hours and prices to protect their employment. They were sometimes a source of concern to the government, as they are now. For Catholics, it is important to always remember that our Catholic social doctrine did not drop out of the sky in 1891 with the publication of Rerum Novarum. It grows naturally from centuries of teaching and pastoral experience.

Last week, I mentioned the project to wrap the Arc de Triomphe in fabric, fulfilling an ambition of the artist Christo, who died last year. Here is a look at the project from Deutsche Welle that includes beautiful comments from the artist about his late wife, Jeanne-Claude, and comments about them both by the artist's nephew Vladimir Yavachev. And the art is gorgeous.

*This reference has been updated with the correct publication.