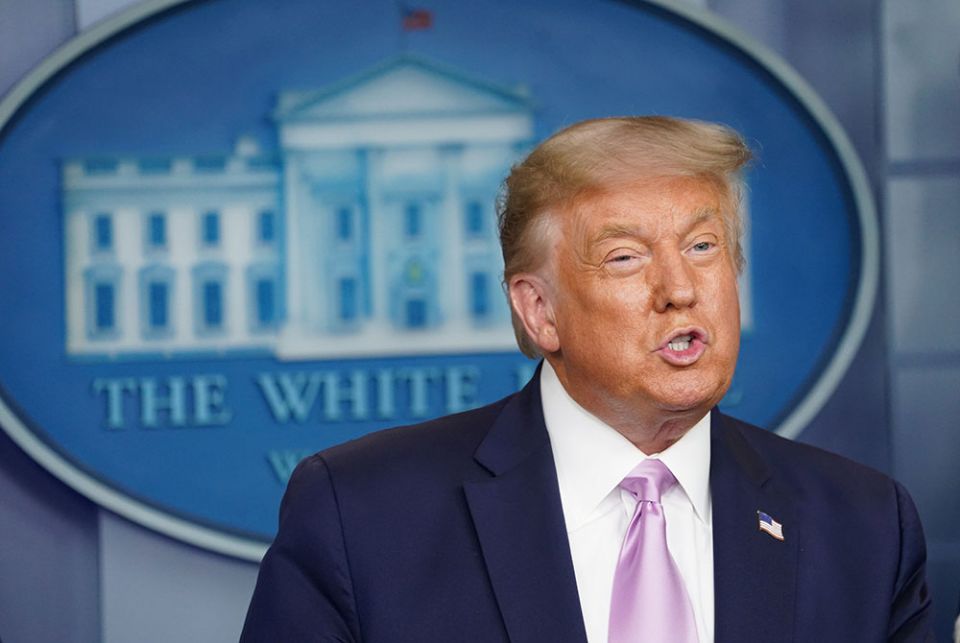 President Donald Trump speaks during a briefing on the coronavirus pandemic Aug. 11 at the White House in Washington. (CNS/Kevin Lamarque, Reuters)

Last week, I noted that on the final night of the Democratic National Convention, a segment featuring frontline health care workers and public health experts showed how very different a conversation about the coronavirus is when the participants do not have to shade the truth or spit out happy talk in order to stay on the boss' good side.

So, in trying to figure out what to expect from this week's Republican National Convention, it is important to remember that the entire thing, from the message to the choice of speakers to the tempo to the gimmicks, all will be dictated by Donald Trump. In that sense, all bets are off.

Trump knows how TV works better than most politicians. I often think that the true forerunner to the Trump presidency was not just neoliberal economic policies that hollowed out the industrial heartland, or dog whistles about race that manifested themselves in Republican politics through the years, or even the cultural populism of George Wallace and Pat Buchanan.

All three undoubtedly paved the way for Trump in important ways, but the real forerunner was professional wrestling. Every Saturday morning, millions of Americans would tune in and watch this fake sporting event that was deeply Manichaean, rewarded the most outrageous of performers, and trafficked in the idea that the strongest bully in the ring was destined to win, even though the whole thing was so obviously rigged and choreographed from the combatants' entrances to the last bone-crushing pin.

To watch professional wrestling, like watching a Trump press conference, the audience has to be willing to suspend belief. All his complaints about "fake news" were designed to facilitate that suspension: Evidence that does not fit Trump's narrative is simply dismissed as unreal. And, when all else fails, intractable, difficult issues are simply ignored. 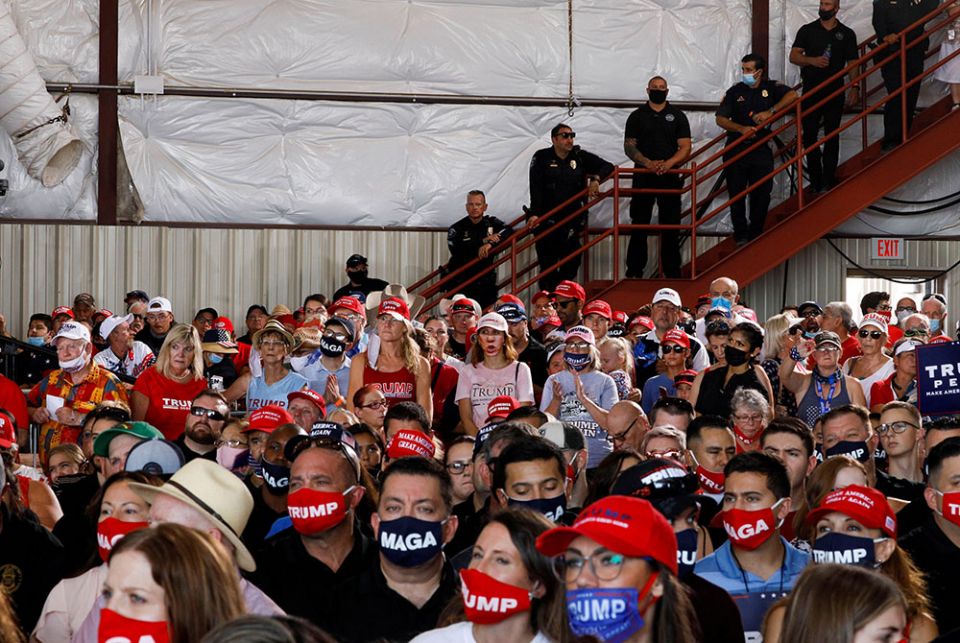 If you watch Fox News' primetime programming, there were nights when the pandemic was barely mentioned. The number one threat facing the country according to Fox News hosts would appear to be looters in Portland, Oregon.

So, when Trump spoke in Old Forge, Pennsylvania, on the day Biden accepted the Democratic nomination, and said of the pandemic that we are "hopefully" in the "closing moments of the pandemic," his most loyal fans nodded — instead of standing up and walking out on this charlatan.

Trump's problem now is that the pandemic is so widespread, and has affected so many millions of Americans, they know firsthand whether or not he is telling the truth. When he claims that the number of cases is only increasing because more people are being tested, when he asserts that it is safe to resume school and sporting events, when he claims that anyone who wants to be tested can be tested easily, everyone knows he is lying.

What is more, Trump's usual modus operandi is to create a sense of crisis, real or imagined, and present himself as the savior. Faced with a real crisis, his incompetence has shown through. The massive powers of the presidency have not been brought to bear on the pandemic here in the U.S. even while other countries have flattened their curve and avoided the resurgence of the virus that has happened here in the U.S.

Now, with the days getting shorter and cooler, cases in Europe have started to rise again, but nothing like the rate here in the U.S. all summer long. This is one crisis, then, which he cannot seem to turn to his political advantage.

What, then, will they talk about this week at the RNC? We saw a glimpse in that same speech in Old Forge, Pennsylvania, cited above, which is available for viewing on C-SPAN.

Trump will continue to claim the Democrats want to "eviscerate the Second Amendment," which is not true but it is a line that always gets applause in rural parts of the country. There will be race baiting: "[They want to] abolish the suburbs, they want to put low-income housing in the suburbs" and "you know we built the wall on the southern border, we're going to have 300 miles by two weeks from now."

The part that will be the most effective is the president's criticism of the neoliberal economic policies that have held sway under presidents of both parties since the Reaganite-Thatcherite revolution.

"He [Biden] spent the last half century in Washington, selling out our country and ripping off our jobs and letting other countries steal our jobs, Mexico, China, all of them, stealing our jobs," the president said. "He's been there for 47 years and now he is going to come in and make a change, I don't think so."

He has a point. Biden supported the North American Free Trade Agreement, letting China enter the World Trade Organization and Obama's Trans-Pacific Partnership. It is not a record that appeals in those Midwestern cities that have seen their economies crater in the past 40 years.

One thing is for certain. This week will be mean. Not just tough: The Democrats were tough on Trump last week and politics ain't beanbag. Mean. There will be no celebration of a courageous 13-year-old with a stutter. There will not be any empathy coming from the president.

As Elizabeth Dias explained in The New York Times, Trump's white evangelical base is not looking for him to empathize with them, or even to share their values. They want him to protect them from what they perceive as a hostile culture that threatens the culture they know and love.

They know he is a bully but they want him to be their bully. Look for a lot of people at this week's convention to be telling us that Christians are under siege. And look for Trump to play his role, and bullies are always mean.

Whatever happens this week, you will be able to find analysis here at Distinctly Catholic each morning.

Column | At the Republican convention, look for Trump to play the bully

Georgetown: Anti-Muslim rhetoric linked with increased violence to US Muslims