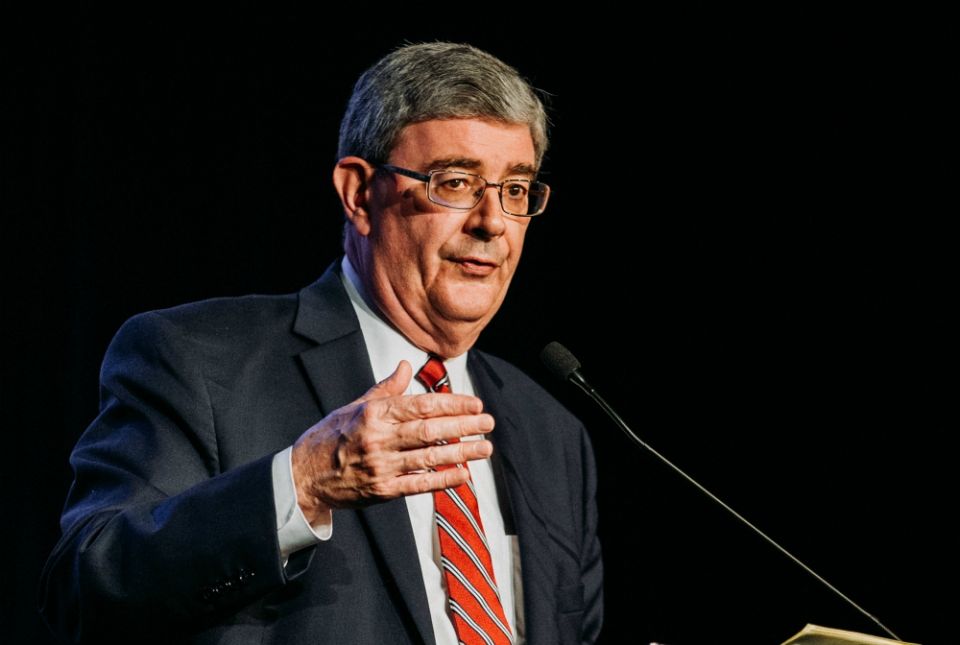 George Weigel's latest book, The Next Pope: The Office of Peter and a Church in Mission, is a thin one at only 141 pages. But it is thin, too, in the sense that what it communicates is either a repeat of Weigel's earlier themes or a recantation of ideas — some of which are true but banal and others are misleading and given to caricature. The only real novelty is the degree to which he casts aspersions on the current pope with catty insinuations without sufficient courage to say plainly where he thinks Pope Francis has erred. 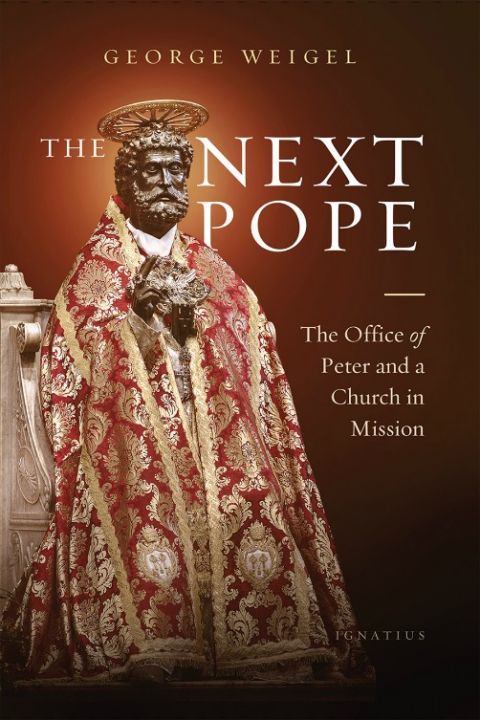 Does anyone argue against this claim of Weigel's when he writes, early in the book: "Jesus Christ and his Gospel are the reason the Church is. And because of that, the proclamation of that Gospel and that Christ must be at the center of what the Catholic Church does." Yes, of course this is true. Does anyone doubt it?

Weigel almost immediately descends into caricatures of the various approaches to evangelization. He writes, "At this moment in Catholic history, in which some deny that God's revelation judges history and suggest that the flow of history and our present experience judge the truths of revelation, it is important to remember how robust the Second Vatican Council's defense of the reality and the truth of divine revelation was."

Who thinks history stands in judgment of revelation? To frame the contemporary debates within the church this way is not an instance of putting one's finger on the scale, it is a misframing of the debates.

After a beautiful quote from Vatican II's Dogmatic Constitution on Divine Revelation, Dei Verbum, Weigel writes, "The next pope must understand this and teach it to the entire world Church." Is there any chance he won't?

To further illustrate his point, Weigel sets up a series of strawmen and then knocks them down. "Do the words of the Lord Jesus on the nature of marriage and its permanence remain true and binding for today?" he asks. "Or does our experience of the fragility of marriage in contemporary society empower us to adjust or even correct what Jesus taught?" If that is not a tendentious way of posing the issues faced by the Synods of Bishops on the family, I do not know what is.

He follows with a question, directed at the more recent synod on the Amazon, that is not only tendentious but offensive: "Does the Great Commission to go and make disciples of all nation apply to indigenous peoples?" You turn the page expecting him to defend forced baptisms.

Success is not a name of God, and Weigel's "Who is winning?" approach smacks of the kind of utilitarian, managerial attitudes he elsewhere, and rightly, criticizes.

Indeed, it is noteworthy that as Weigel examines why the church in the West is, as he sees it, mostly moribund, he only mentions the word "materialism" once and that is in regard to Pope Benedict XVI's condemnation of "positivistic materialism." That is, materialism is only noteworthy as a philosophic category.

Forgive me for pointing out that you do not have to pay very much attention to the ambient culture to recognize that materialism, not as an idea but as a lived reality — Sunday brunch with unlimited mimosas, the endless marketing of stuff, the whole "the business of America is business" understanding of modern life — has succeeded in diminishing the significance of religion in our culture where Marxism failed. Such sociological facts, of course, are something Weigel is incapable of seeing.

If all this sounds familiar, it is because parts of this book read like they have been cut, copied and pasted from Weigel's 2013 book, Evangelical Catholicism, which I reviewed here. That book, like this one, suffered from a hyper-individualistic understanding of faith as "friendship with Jesus." That book also took potshots at what Weigel terms "Catholic Lite," failing to recognize the ways he also neglects or diminishes parts of church teaching he finds uncomfortable.

Weigel can allege that these proponents of "Catholic Lite" fail to "teach the faith in full," but he is the one who got out his red and gold pens to decide which parts of Benedict's encyclical Caritas in Veritate were worthy of attention.

Just when you think you have read all this before, Weigel does introduce a new note: In the chapter on the fullness of the Catholic faith, he pens a series of assertions about what the new pope needs to do that are really passive-aggressive attacks on Francis.

"The next pope [should] welcome and respond to serious, respectful, questions and critique from those who share concern for and responsibility for the Church," he writes, an obvious reference to the trick questions posing as dubia submitted to Francis by several conservative cardinals. 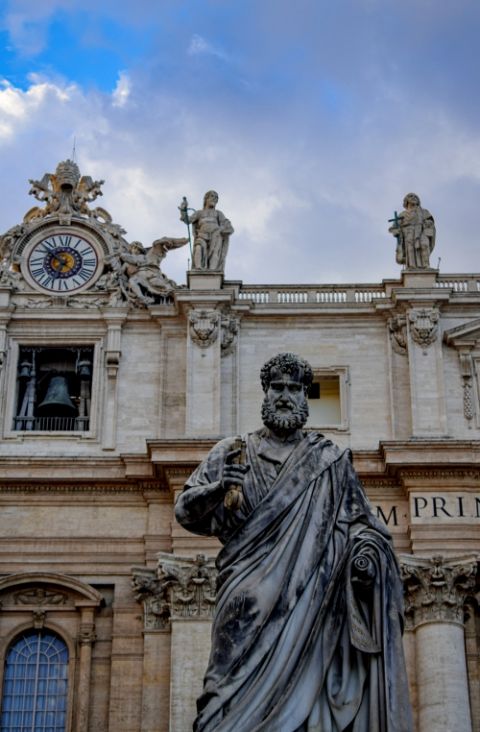 "The next pope must take care not to speak in such a way as to identify his personal opinions with the settled teaching of the Church," Weigel frets. Yet, it was his hero Pope John Paul II's "Theology of the Body" that represented personal opinions, and philosophical opinions at that, but that are treated as Holy Writ by many Catholic conservatives.

On one such suggestion, I am in complete agreement with Weigel. He writes, "Concurrently, the next pope must call wayward local Churches, whose concern for the unique situations they face has led them into de facto states of apostasy or schism, into a renewed and reformed relationship to the universal Church, its doctrine, and its pastoral practice." He has the church in Germany in mind. I have the church in the U.S.

True enough, but when you are dialoguing with and accompanying a human person, it is vital to see that person as an end, not as a mere means to making nasty arguments about "Catholic Lite" theology.

The chapter on Christian humanism has some unimpeachable observations. Weigel rightly criticizes the ecclesiology left over after Vatican I — "In some Catholic minds, local bishops were the branch managers of a vast global corporation whose primary function was to execute what the Chief Executive Officer in Rome decreed" — but he wrongly attributes it to "an accident of history."

Yes, the council was abruptly ended due to the start of the Franco-Prussian War in 1870, but the ultramontane ecclesiology then in vogue, and demanded by Pope Pius IX, likely would have won the ecclesiological fight if the council had continued.

Weigel's blather about "the heroic priesthood" is part and parcel of the clerical culture that must be uprooted, not indulged.

The final chapters, on the laity, reform of the Curia, ecumenism and world affairs, are textbook articulations of neoconservative principles, overstating the degree to which Pope John Paul II was a neocon and filled with innuendos about the naiveté or parochialism of Francis.

In 2013, after Benedict's surprise resignation, The Wall Street Journal invited several Catholics to answer the question: What should the cardinals seek in a new pope? Weigel's new book adds little to the 300 or so words he wrote then: "The next pope should be, in short, a charismatic, missionary culture warrior, challenging the world's democracies to rebuild their moral foundations and offering Catholic social doctrine as one tool for that urgent task." A culture warrior, accommodating the parts of the culture Weigel likes and assailing those he does not.

We got a warrior alright, but one whose priorities are a tad different from Weigel's. 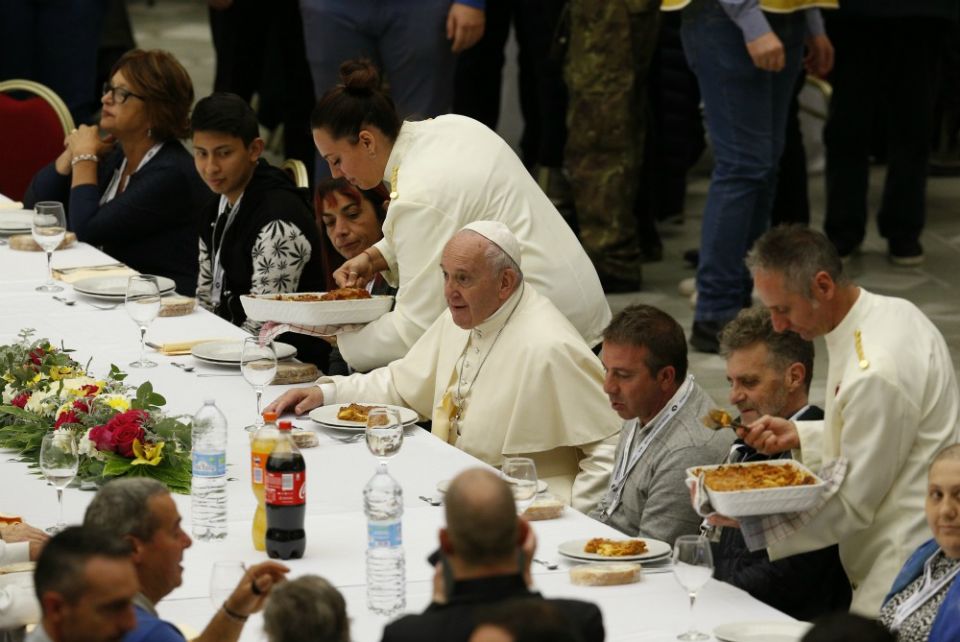 Pope Francis eats lunch with the poor in the Paul VI hall as he marks World Day of the Poor at the Vatican Nov. 17, 2019. (CNS/Paul Haring)

I will not be writing a book about "the next pope" anytime soon. But I will note that I also answered The Wall Street Journal's query back in 2013. I urged the cardinals to seek a new pope who would exercise his ministry among the poor, visiting soup kitchens, not only cathedrals, on his travels, consulting with the homeless as well as civic leaders, perhaps adopting a less lavish style of living and dress. I concluded:

Identifying with the poor would allow the new pope to give visible evidence of Catholicism's deep-seated suspicions of modern consumer capitalism. Capitalism values thrift and aggressiveness, its heroes are the protean, self-made men of industry. It thrives on competition.

But Christians follow Jesus Christ, whose grace is gratuitous, not thrifty, whose life was characterized by contemplation, not aggression. Jesus was not a self-made man but radically dependent on his Father's will.

Jesus, and the church that Catholics believe he founded, valued solidarity more than competition. He characterized his ministry as bringing good news to the poor. Benedict XVI was not shy about criticizing capitalism in his writings. We need a pope who will critique it by his actions.

Like Weigel, I do not feel much need to change my tune, except my tune was on the mark and his was — and is — off-key. The Catholic anthem of the 21st century is being sung in a different key from the crimped, neoconservative, Americanist vision that Weigel has put before us anew.

Francis has restored a thoroughly evangelical concern for the poor as a priority for the global church, and whether or not it "succeeds" in the eyes of the world, that restoration conforms to the mandate of the Gospel better than any of the programmatic suggestions found in The Next Pope.

Column | Weigel's 'The Next Pope' has a crimped, Americanist vision of papacy