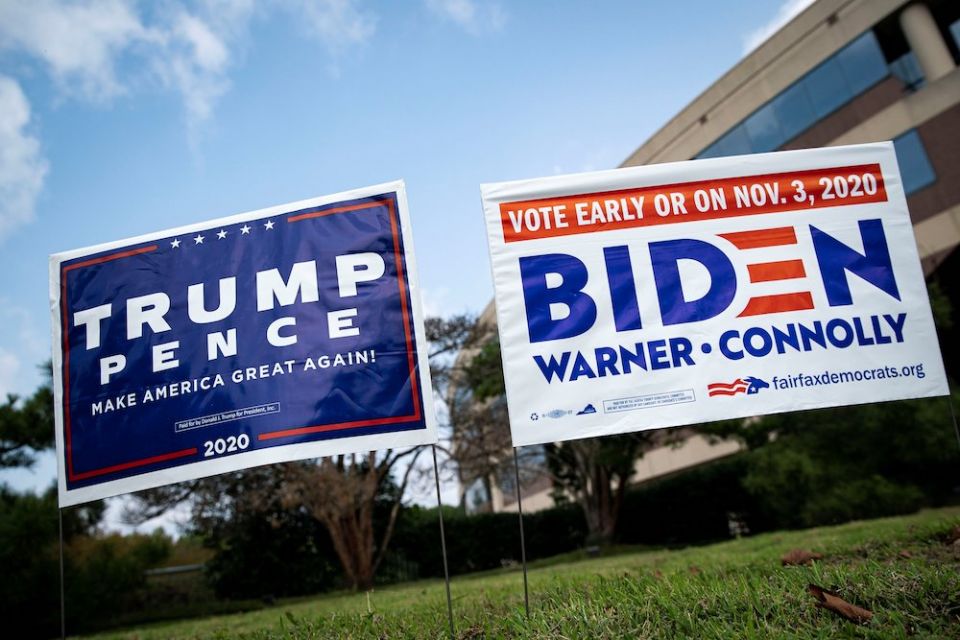 There is much Americans can disagree about, but one thing is clear: In the past three and a half years, many people have been suffering.

First and foremost, 200,000 Americans have died from COVID-19, and we continue to get sick from the virus in numbers that surpass nearly all other countries in the world, except for India. People of color and the elderly are more likely to die from the disease, but as we climb what appears to be a long second wave of the pandemic, those infected — and spreading — the coronavirus increasingly are young people. And the virus' long-term health effects could become the next deniable preexisting condition, if the Affordable Care Act is overturned, as Republicans promise.

Thanks to the pandemic, economic gains made since the 2008 recession have been lost: Unemployment has skyrocketed, evictions are moving forward despite a national moratorium, and requests for government assistance are spiking, even as the party in power plans to cut such benefits. While the top 1 percent have seen their stock portfolios increase and their tax bills lowered, it has come at the expense of not only working-class but a growing number of middle-class Americans.

Because the United States did not have a strong, nationally coordinated response to the virus from the beginning (even though, as we now know, the president was aware of its seriousness while downplaying it in public), closures and other piecemeal efforts to control COVID-19 have hurt businesses, including small businesses, nonprofits and educational institutions, which are now struggling to survive. Entire industries may not survive.

Meanwhile, the effects of global warming are here and visible in raging wildfires on the West Coast, the increasing number and strength of hurricanes and tropical storms, and drought. The people of Puerto Rico, still suffering after Hurricanes Irma and Maria in 2017, still do not have an accurate count of the dead. And the administration is just now, three years later, releasing federal relief funds.

Around the world, climate change threatens to displace millions. But those who set their sights on America as a welcoming respite for refugees, asylum-seekers and other immigrants now find the door slammed in their faces. Muslims have been singled out, thanks to a travel ban on Muslim-majority countries. The U.S. has so lowered its allowances for those fleeing persecution that many refugee settlement agencies — including church ones — have closed their doors.

Families escaping violence or extreme poverty in their home countries who arrive at our borders have been promptly separated, their children placed in institutions around the country, perhaps never to be seen again by their parents. Adults, too, are crowded in unsanitary detention centers, where several people have died and where the coronavirus and other diseases are rampant.

While the federal government wastes millions of dollars on an ineffective border wall that nonetheless stands as a monument to anti-immigrant fervor, those immigrants of color who are already here face discrimination and even violence, such as the Latinos targeted in the Walmart shooting in El Paso last year that left 23 dead.

America's "original sin" of racism is now socially acceptable to publicly tout, whether by a white dog owner in Central Park or by white nationalists who are taking up arms, and in some cases, killing those protesting for justice for people of color. Meanwhile, Black people face a higher likelihood of being killed by law enforcement.

And what is the response of Catholics in what some are calling the most consequential election in our nation's history since the Civil War? It would seem that an administration of such wanton cruelty is not one Catholics can easily support. 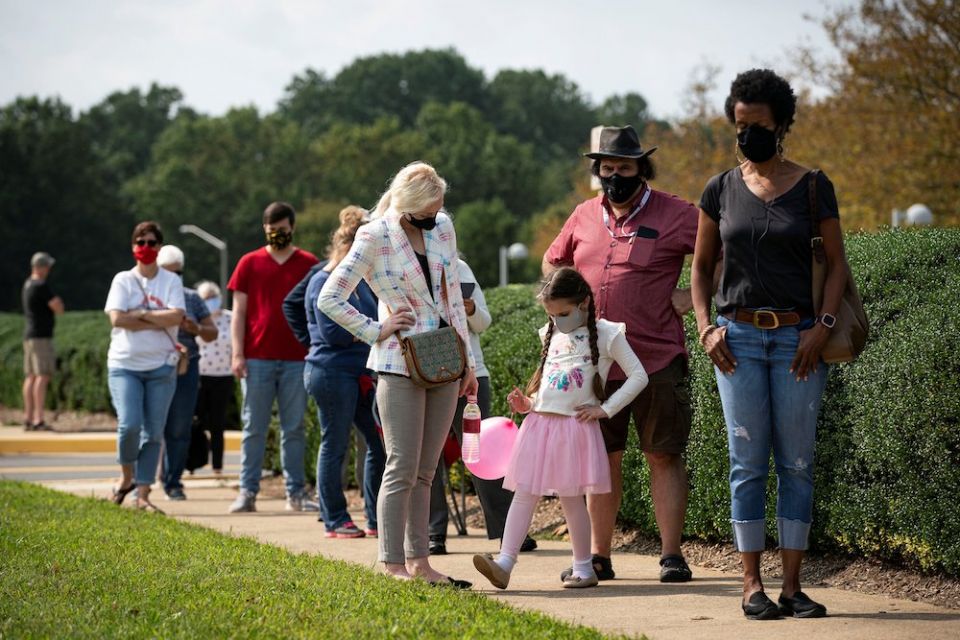 People in Fairfax, Virginia, wait in line Sept. 18 to cast their ballots at a polling site set up for early voting. (CNS/Al Drago)

Instead, a large number of our fellow believers support the status quo. Although a recent EWTN News/RealClear Opinion Research poll shows Catholics generally favoring Joe Biden by 12 points, a significant number, 41%, plan to vote for the reelection of Donald Trump. Those Trump supporters are more likely to be regular Massgoers — and white.

Perhaps decades of church leaders insinuating that "Catholic = Republican," and that voting for a Democrat is a sin, has sunk in. Or "law and order" rhetoric has stoked deep-seated fears in suburbanites and rural folks who thought they were immune to violence. Or, more likely, white Catholics have joined white evangelicals in holding their noses in voting for a morally reprehensible candidate in an effort to "save" the American culture they fear is subsiding — a 1950s, "Leave it to Beaver" nostalgia, which wasn't all that great for large classes of people, even then.

Whatever the reason, we urge Catholics to look around at the suffering in our country and vote your conscience this election.

This story appeared in the Oct 2-15, 2020 print issue under the headline: Catholics must vote their conscience .

Editorial | Editorial: Catholics must vote their conscience this election