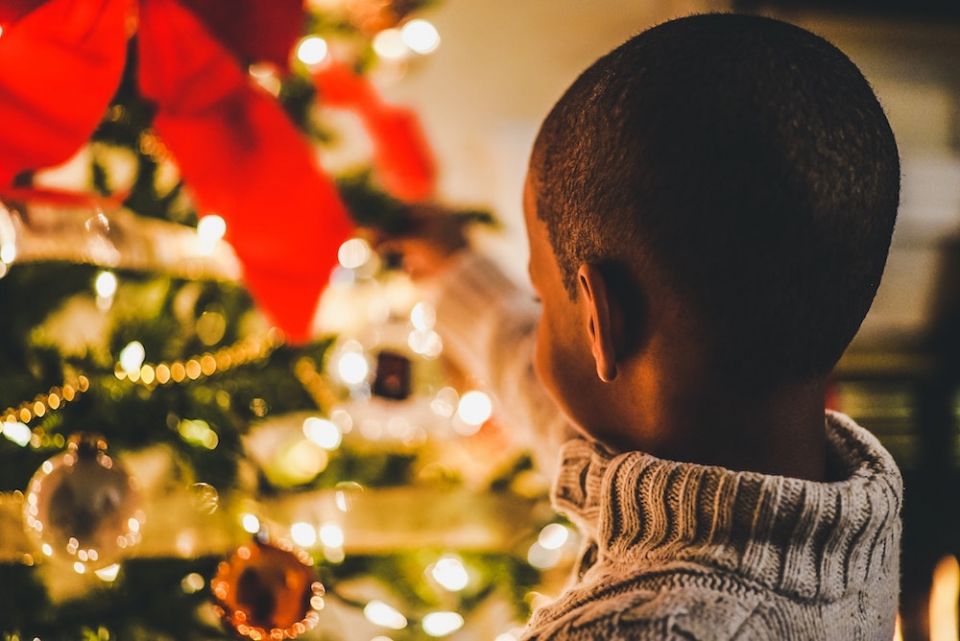 It's December, and you know what that means: It's time for the Catholic liturgical Scrooges to admonish those who jump the gun on Christmas and in the process miss the very important season of Advent.

We get it. Advent is a distinct season, not just those weeks that you light a candle and finish your Christmas shopping. It has its own readings, music and purpose: to mark the importance of expectant waiting, hope and preparation — and to meditate on the end times and Christ's second coming.

And normally we would join the chorus of those decrying round-the-clock Christmas carols beginning the week after Halloween and fully decorated Christmas trees in early November. We would — gently, of course — encourage early decorators to festoon their Advent wreaths instead of trees, to sing " O Come, O Come, Emmanuel" instead of "Jingle Bells." And, for the love of God, do not turn those Christmas lights on yet!

It's no understatement to say that 2020 has been a year like no other, one already beset with plenty of delayed gratification, waiting and loss. And Christmas will likely be a somewhat less-joyous affair, with many Catholics unable to attend Mass or to celebrate in person with loved ones, not to mention the nearly 300,000 empty chairs around the Christmas table for those who have died of COVID-19.

As our president-elect has described it, this will be a very dark winter, as the virus continues to wreak its destruction, infecting record numbers of Americans, causing yet-to-be determined long-term health effects to those lucky enough to survive it, and causing untold damage to the livelihoods of millions and to our national economy.

The people in darkness, as the prophet Isaiah reminds us, are desperate for the light.

Which is why we're a bit more understanding this year if folks want to hang some literal lights on their houses, put the tree up a bit earlier than usual and crack open the eggnog before the 24th. As has been the case with everything this year, even Christmas traditions will have to be altered because of the pandemic.

We say: If it helps your mental health and cheers your neighborhood, go ahead and put that tree up early.

Call it a "pastoral exception," says NCR columnist Franciscan Fr. Dan Horan in this week's edition of the Francis Effect podcast. He compares it to kindly bishops who give an exemption to would-be corned beef-eaters when St. Patrick's Day falls on a Friday during Lent.

Or consider it a temporary moving up of Gaudete Sunday, an extended meditation on joy, given its lack throughout the past year. And this "pastoral exception" doesn't have mean overcommercializing the holiday. As we've learned throughout quarantine, some of the most-missed things are time with people, not more possessions.

We're not suggesting skipping Advent altogether. We highly recommend praying the "O Antiphons," lighting an Advent wreath and even getting one of those chocolate-a-day Advent calendars (as chocolate is a known mood elevator).

We've had nine months of darkness. Let's not guilt people for trying to bring a little light into it.

A version of this story appeared in the Dec 11-24, 2020 print issue under the headline: Go ahead and put up your Christmas tree early this year .

Editorial | Editorial: Go ahead and put up your Christmas tree early this year

'You've got to call out evil,' says pastor of church with Nativity scene separated in cages