To end abortion, don't ban it. Support families instead. 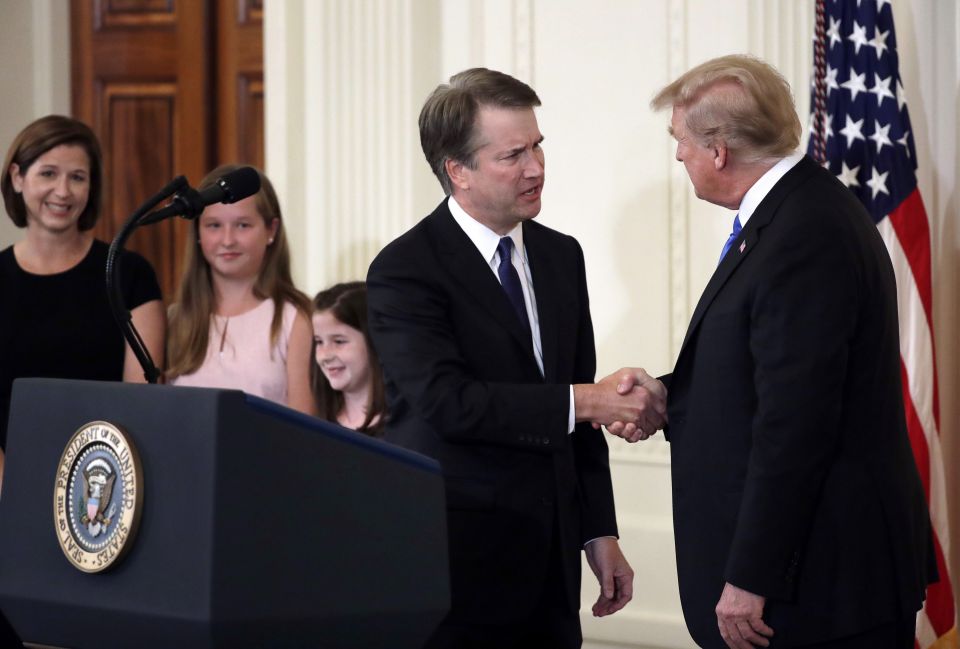 Anti-abortion leaders have been thrilled with President Trump's nomination of Brett Kavanaugh to replace Justice Anthony Kennedy on the U.S. Supreme Court.

Many hope he can be pivotal in overturning Roe v. Wade, the 1973 decision legalizing abortion. Priests for Life has called Kavanaugh "exactly what we need on the Supreme Court." Kristan Hawkins, president of Students for Life of America, tweeted, "THIS IS NOT A DRILL: Kennedy is RETIRING. We can overturn Roe and Doe. We can #abolishabortion in our lifetime."

But criminalizing abortion is not the way to abolish abortion. Even if Roe were overturned — which would send the issue back to the states, not outlaw it completely — there would still be thousands of women who, for various, complex reasons, believe abortion is their best option.

In general, the anti-abortion movement should get over its aversion to federal social programs. Family-friendly public policies have a powerful effect on reducing demand for abortion services. It's a natural extension of caring for prenatal life to create strong social support programs, particularly for economically vulnerable women, so that no one feels she has to abort to stay financially afloat.

There is modest but compelling evidence that such programs have decreased abortion rates in the U.S. and abroad. While examples from European society don't map neatly onto the U.S., it's worth noting that from 2010 and 2017, Hungary's government rolled out massive family-support programs aimed at increasing the birthrate. Such benefits included family tax benefits, paid child care leave, maternity support, free textbooks and free summer camps. In seven years alone, the abortion rate in Hungary dropped by 30 percent (40,449 to 28,500).

"Common sense would seem to indicate that, with more social support, especially vulnerable women have more resources than they otherwise would — and thus be less likely to choose abortion," Catholic ethicist Charles Camosy told me. "But unfortunately, especially in responding to small-government skeptics, this issue has not really been studied in much detail."

In the United States, Camosy said, stronger supports for women and parents from 1992 to today — particularly the Affordable Care Act — almost certainly have contributed to the decline in abortion rates. The Supplemental Nutrition Assistance Program and the Earned Income Tax Credit also have likely helped the U.S. reach the lowest abortion rates since Roe v. Wade, according to Camosy and other Catholic advocates. From state to state, a 2008 study by Catholics in Alliance for the Common Good foundthat "states with more generous grants to women, infants and children under the age of 5 … had a 37 percent lower abortion rate," which translated to more than 300,000 fewer abortions in 2000 compared with 1990.

Simply because having a child in America costs a lot of money, the link between abortion and economics is irreducible. Indeed, a Morning Consult poll for The New York Times identified major reasons women report having fewer children than they actually want:

The anti-abortion movement already recognizes that caring for prenatal life necessarily means caring for women. Leaders say that women facing unplanned pregnancies should be welcomed instead of shamed, and plenty of organizations encourage individual charity. It's not uncommon for congregations to seek donations of infant formula, diapers and baby clothing to help and encourage expectant mothers to give birth. All this is well and good.

Yet amid the push to confirm Kavanaugh, it's worth asking if the anti-abortion movement would be ready for care for women if Roe were overturned. The next step for the anti-abortion movement will be to put its money where its mouth is— even if it means supporting expansion of federal programs and policies — so that no woman is forced to choose between economic security and having a child.

[Katelyn Beaty is former managing editor of Christianity Today and the author of "A Woman's Place."]

Commentary | To end abortion, don't ban it. Support families instead.