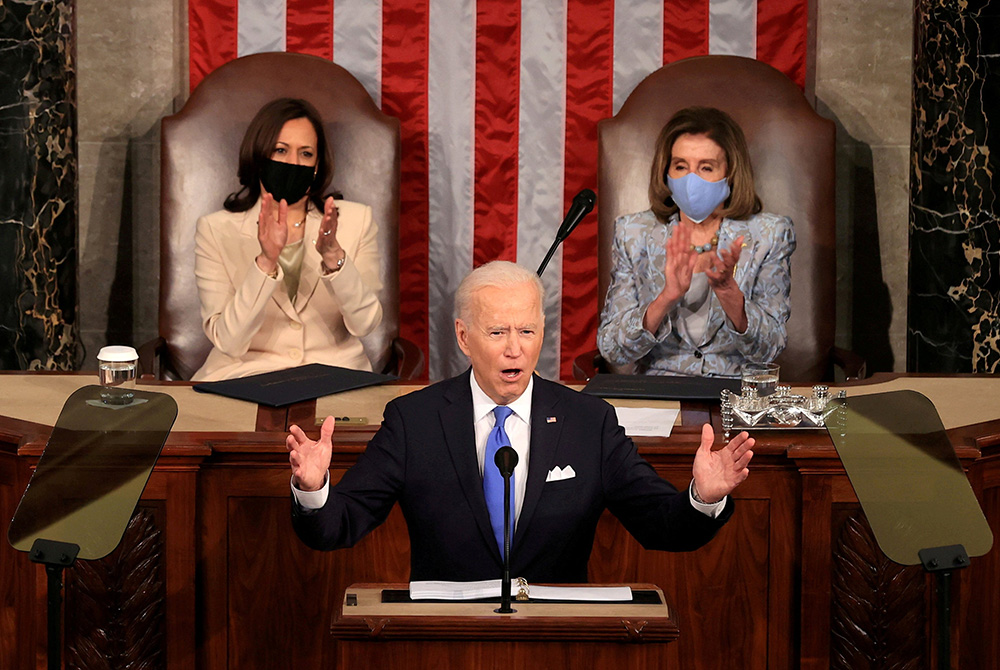 Time for some good news from the Catholic Standard: The Don Bosco Christo Rey High School in Takoma Park, Maryland, announced Mark Shriver will be its first lay president. Shriver was at the Catholic University of America with me many years ago and is one of the most decent human beings you will ever want to meet. He and his family continue to serve as leaven in a suffering world. How lucky is this school to nab him to lead it!

Time for some bad news: In The New York Times, Thomas Edsall looks at what pollsters are saying about the Democratic Party's prospects in next year's midterms. He concludes Democrats should not be in panic mode, but should go directly into shock. And much of the problem has to do with things, like inflation, that are largely out of their control. Sobering reading.

Jack Shafer has been one of my journalistic heroes since his days editing Washington's City Paper. Now at Politico, he just wrote about billionaire Peter Thiel buying a mansion in Kalorama, the glitzy neighborhood just north of Dupont Circle where Jeff Bezos also has a mansion, actually two, next to each other. And in that article he penned what may be my favorite sentence of the year: "Inexplicably, rich people seem drawn to other rich people and want to live among their own kind." Splendid, just splendid.

In her "Letters from an American" substack, Heather Cox Richardson looks at retired Gen. Michael Flynn's suggestion that America needs "one religion" and compares what he had to say with what James Madison wrote more than 200 years ago. Madison wins. Richardson then places Flynn's insanity alongside other outrageous anti-small-d-democratic actions. We are still living in the middle of a complicated, persistent attack on democracy.

In The Washington Post, Greg Sargent looks at the latest example of a GOP attack on Joe Biden that is built on nothing but lies, this time alleging that Biden and the Dems plan to mount a campaign of tax audits against ordinary Americans, when the Dems even abandoned their effort to clamp down on uber-rich taxpayers who likely shield at least some of their income from the IRS. Always remember: A truthful person is always at a kind of disadvantage when dealing with someone who is perfectly willing to lie.

From Sirius XM's "Conversation with Cardinal Dolan," an interview with Bill Donohue, president of the Catholic League, about his new book The Truth about Clergy Sexual Abuse: Clarifying the Facts and the Causes. I applaud Dolan for being willing to have controversial figures on his show, but Donohue's understanding of the clergy sex abuse crisis is so slanted, even when he touches on something that has some truth in it, it comes out in simplistic and even tendentious ways. The Catholic Church has been a target of prosecutions and civil suits in ways other organizations have not been, at least not yet, but Donohue thinks this is the result of anti-Catholicism, when I think it has more to do with the fact people expected more and better from the church, so the sense of betrayal was uniquely powerful. Add to that the fact that so many bishops refused to admit their complicity in the cover-up for so long, and you realize there are more proximate reasons than anti-Catholicism for the focus on the Catholic Church in this scandal.

At Atlas Obscura, an article about the building of the Götheberg II, a wooden sailing ship that is a replica of an 18th-century vessel that sunk as it was completing its maiden voyage in 1745. The shipwrights needed to relearn some of the techniques used to make wooden vessels, such as steaming the timbers so as to be able to bend them. You don't have to travel all the way to Sweden to experience old-style shipwrights' work: You can go to Mystic Seaport in Mystic, Connecticut, where they recently rebuilt the Mayflower II. It is fascinating to see the care and ingenuity with which these large vessels are made, and well worth a visit.