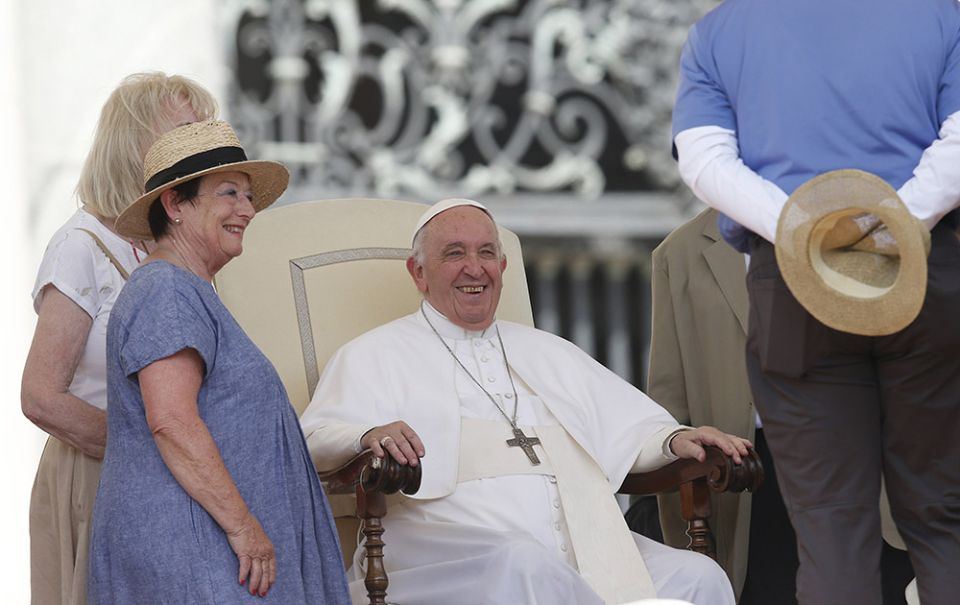 In The Washington Post, Michael Gerson, an evangelical Protestant, again puts us Roman Catholic commentators to shame when it comes to understanding and interpreting our Catholic faith, with a beautiful column about Pope Francis. His closing is exceptional:

In America — where culture wars have invaded and corrupted the Kingdom of God — Francis is sometimes dismissed as a liberal. This represents a fundamental misunderstanding of politics and faith. In Christianity, the means of change is not the triumph of ideology or the spread of dogma; it is to be close to people with the closeness Jesus had. From that mission, let's hope Francis never retires.

Gerson is to 21st-century Catholicism what Alexis de Tocqueville was to early 19th-century American democracy, the outsider who sees more clearly than the insiders.

At Politico, a look at the post-primary weirdness in the Republican Party as candidates who vied for former President Donald Trump's endorsement eye each other, a history of mutual recriminations regarding who is, and is not a "RINO" (Republican in name only), and the divisions within the MAGA universe. The turmoil makes the Democratic Party's internal difficulties look like a nuisance at most. The bad news? These internal GOP fights tend to bring the party further to the right, and in many of these states, the GOP nominee will win the House or Senate seat being contested.

In The New York Times, a focus group assembled by the paper to discuss the state of the nation revealed yet again that there is a large group of people in the ideological center of country who are not drawn to either ideological extreme, who want to be hopeful about the country's future again, and who are disdainful of the culture wars even while some of their answers show an overall disposition to libertarian thinking as a kind of default. The shorthand "ideological center" is deceiving because the people in the focus group are more pragmatic than anything else. (Yes, pragmatism suffers from acute limits, and those limits are on display here, but that is another issue for another day.) So you ask the question: If this group were to align with either party, making that party the majority party by a long shot, why do both parties remain so responsive to their extremes? Hint: Follow the money.

Rep. Henry Cuellar, the last pro-life Democrat in the U.S. House, has prevailed in a recount in a narrow win over pro-choice lawyer Jessica Cisneros. Even if you lean toward a pro-choice position, unless you are an extremist, you can see the value for some future compromise of there being pro-life Democrats and pro-choice Republicans. I disagree with Cuellar on some other issues, but rejoice that the pro-choice orthodoxy that some want the Democrats to adopt had been dealt a blow. The Texas Tribune has the story.

From NPR, a report on two men who began photographing scenes from rural America, and then began compiling an archive known as the Rural Indexing Project. The photos display some of the varied ways people in declining parts of rural America are adapting their physical infrastructure to meet the changing needs of their communities.

At "Go, Rebuild My House," the ecclesiological blog sponsored by Sacred Heart University, David Gibson, director of the Center on Religion & Culture at Fordham University, has posted an excellent discussion of what it means to be a Catholic journalist. Hint: The dualism is only problematic if you forget about it.

Editorial: NCR thanks the US bishops (well, their news service)