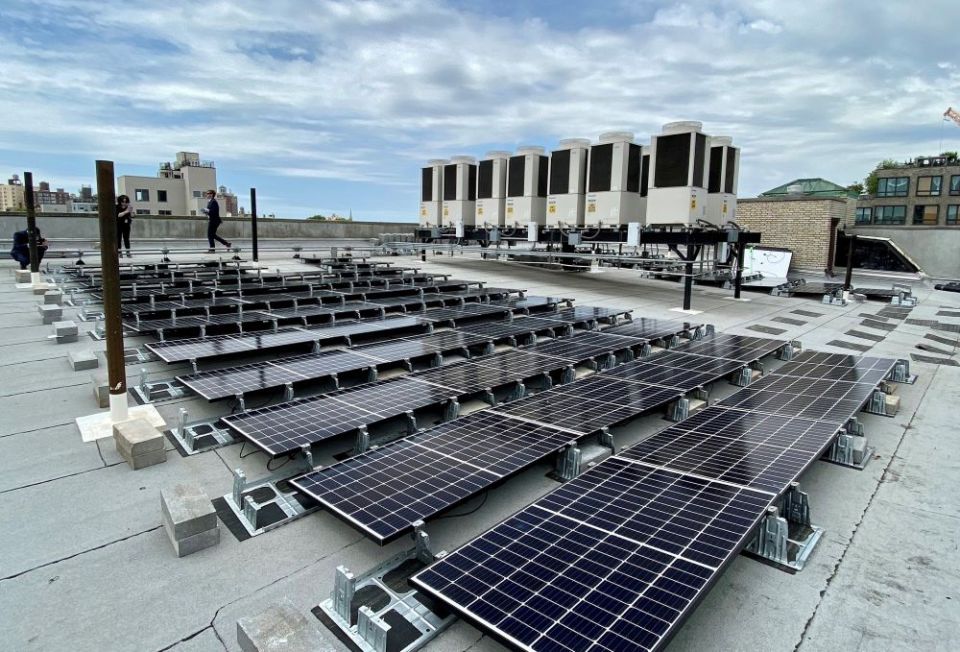 From the Catholic Labor Network, a report on a recent installation of solar panels at St. Monica/ St. George Parish in Cincinnati. The company that did the installation is owned by a member of the International Brotherhood of Electrical Workers, or IBEW, and they can install solar panels throughout the Midwest. Bishops need to approach "Laudato Si' " not only as teachers of the faith but as managers of physical plants with too-high utility bills. Installing solar panels with union labor is a twofer.

The Washington Post reports that Democrats are calling on the Internal Revenue Service to reconsider whether or not the Family Research Council, a conservative advocacy organization, should be considered a church for tax purposes. The designation allows the group to avoid a large number of disclosure and other requirements that nonprofits face but from which churches are exempt. It shouldn’t just be the Democrats: Real churches should be fighting this also. Archbishop Gomez, call your office!

At Politico, Marissa Martinez rounds up the primary election victories registered by GOP candidates endorsed by Donald Trump. The most worrisome are those like Mark Finchem, who will be the GOP's candidate for secretary of state in Arizona: Having a person who denies the results of the 2020 election overseeing elections in a swing state is very, very scary. Other races indicate Trump's power over the GOP nominating process is far from absolute. That said, the former president remains the most powerful figure in the Republican Party by a longshot.

Sometimes, an overreaction by an interlocutor illustrates nothing so much as the fact that you struck a nerve. On Fox News, host Harris Faulkner repeated a series of GOP talking points during an interview with Sen. Joe Manchin. When Manchin asked if she was afraid the legislation before the Senate would help the country, she took offense and mentioned that her father had served, presumably in the military. Methinks Manchin struck a nerve.

In The New York Times, a look at a new, large study indicates that while the financial situation into which a person is born largely determines their own financial well-being in life, one variable that helps ameliorate that economic determinism is the existence of friendships across socioeconomic divides. So exposing poor children to middle-class and affluent children helps poor children succeed financially later in life. How wonderful if the churches, synagogues, mosques and other houses of worship thought of creative ways to make sure this happens within their religious traditions, and also thought how they might advocate for low-income housing in more affluent neighborhoods, school funding across socioeconomic divides, and similar policies.

At Architecture Daily, Camilla Ghisleni looks at the ways architects and urban planners are looking to "nature-based solutions" to problems cased in part by human-induced climate change. The Lineal Gran Canal Park in Mexico City is one of the more beautiful solutions, as are the Green Corridors being created in Medellin, Colombia. There is an add-on section about urban farming. The interplay of science and art forms with urban needs is fascinating.

Caritas: Pendulum of COP 21 must swing in favor of the poor