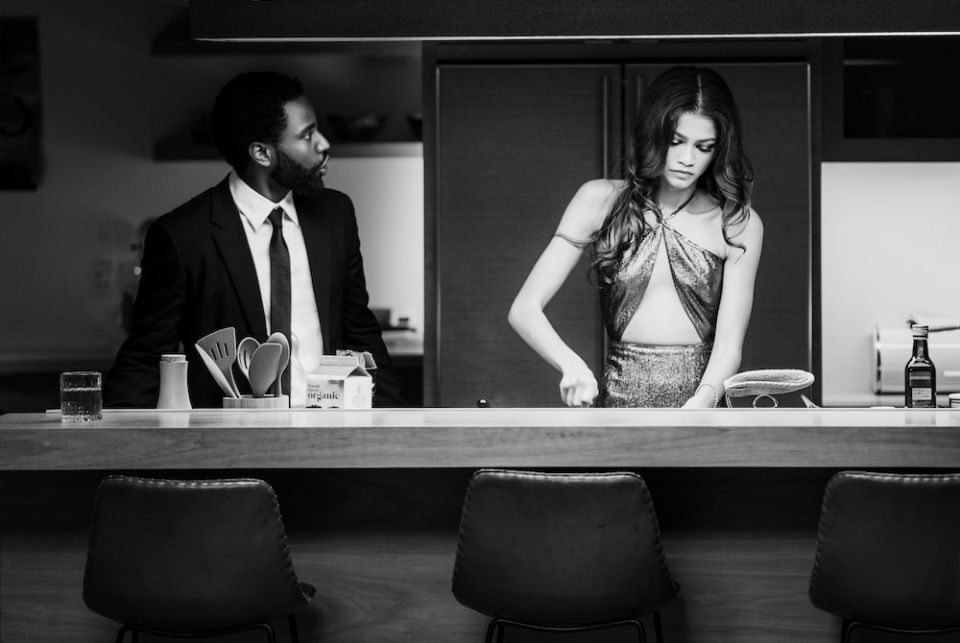 John David Washington as Malcolm, left, and Zendaya as Marie in a scene from "Malcolm & Marie" (Netflix/Dominic Miller)

When mononymous actress Zendaya and director Sam Levinson met, they were both at a crossroads in their career. Zendaya was ready to shed herself of her Disney star image, and Levinson was coming off the mediocre success of his film "Assassination Nation." Enter: HBO's "Euphoria." The remake of the Israeli teen drama bearing the same name became an overnight success thanks to Zendaya's star power and Levinson's vibrant and disorienting visuals.

The lull of the pandemic-mandated isolation brought about their latest collaboration, "Malcolm & Marie." The new film, which is currently streaming on Netflix, is a product of Zendaya's creative restlessness inspired by years of only being allowed to play teenagers on-screen and the shutdown of production for season two of "Euphoria" due to COVID-19. As Marie, Zendaya plays a young woman in a relationship with an up-and-coming film director named Malcolm, played by John David Washington. The entire film takes place one evening after Malcolm and Marie come home from an awards ceremony. Tensions begin to flare when Marie points out to Malcolm that he forgot to thank her during his acceptance speech.

What follows is an excruciatingly long and dull look into the couple's dysfunctional romance.

The black-and-white film was written and shot during the early days of quarantine, a worthy yet ultimately unsuccessful feat. For almost two hours, viewers watch a draining depiction of an egotistical filmmaker, without much of a resume or experience, airing his grievances against his critics. A significant portion of the film is Malcolm ranting about his frustrations with being a Black filmmaker whose art isn't taken seriously by critics. There are, of course, legitimate criticisms about the limited range white film critics often display when talking about Black films, regardless of whether they love the movie or not. However, in this film, Levinson sounds like he's merely parroting talking points he's overheard in conversations by Black filmmakers and critics. It becomes even more evident that Levinson is merely hiding behind Black artists, especially when there seems to be an allusion in the film to the "white girl at the L.A. Times," who gave his most recent film an abysmal review.

"Malcolm & Marie" initially began as an indie project. Levinson and Zendaya shopped around until Netflix purchased it last year for $30 million. Before its debut, there were already criticisms on social media about Zendaya and Washington's age difference. (He is 36; she is 24.) Many were wondering how this would affect the characters' dynamic. One scene was particularly challenging to witness. While weaponizing Marie's past drug addiction against her, Malcolm tells her about all the "broken girls" he's been with before her. As I watched, I couldn't help but feel ill and wonder: What kept them together, and what did the film want us to take away from such a toxic relationship? How are we supposed to sympathize with this man who is so emotionally abusive toward her? The film never answers any of these questions. For over an hour and a half, we're put through fight after fight about their relationship, about white critics and about Barry Jenkins (I still don't have enough mental bandwidth to process the film's focus on Jenkins.)

While not yet having developed the emotional heft necessary to play a character we believe is a recovering drug addict, Zendaya continues to show signs of an actress worth watching. In one scene, Marie randomly wields a butcher knife, and for a split second, you think she is finally going to put herself and the rest of us out of our misery and murder Malcolm for all the emotional abuse he has put her through. Instead, she launches into a monologue that we eventually learn was an impromptu audition for Malcolm. It will be exciting to see what will happen with Zendaya's craft with time, maturation and a director to help bring her to her fullest potential. 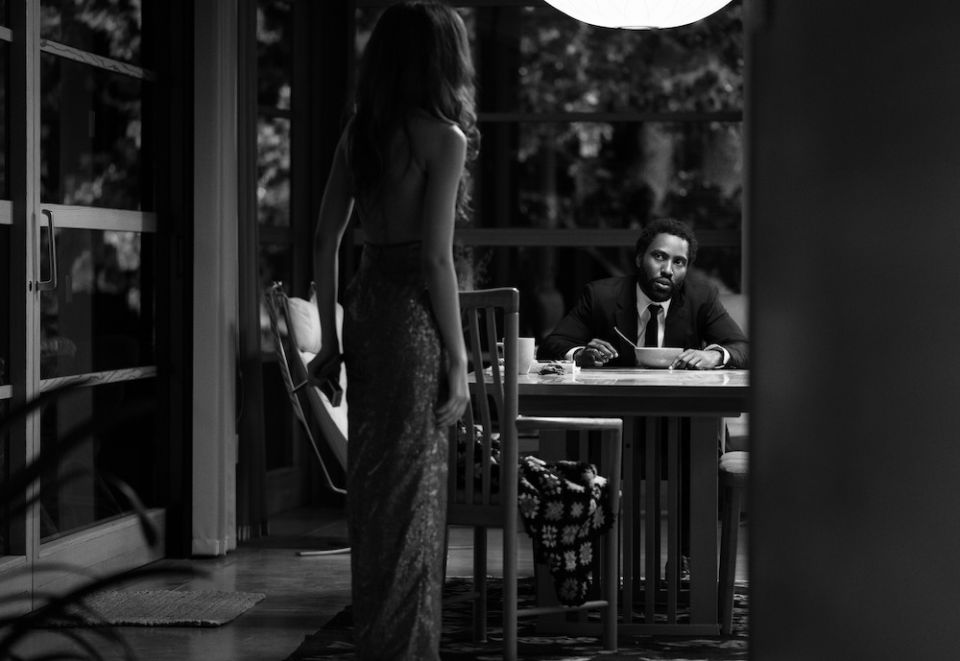 Zendaya as Marie, left, and John David Washington as Malcolm in a scene from "Malcolm & Marie" (Netflix/Dominic Miller)

If one were to try to mine this film for meaning or a point, it could be about watching a man's ambitions dwarf a woman. Not just the way Malcolm uses Marie's addiction as a way to further his career without so much as thanking her, but also the way Levinson's ego takes over the film. What could've been an excellent opportunity to give Zendaya a chance to expand on her growing talents as an actress turns into an outlet Levinson uses to vent about his critics.

"Malcolm & Marie" isn't a film that'll make or break any of the careers of the people involved. A few months from now, the film will exist mostly for "Local Twitter" accounts, which will use screenshots of the film for easy viral tweets. Zendaya and Levinson will soon return with season two of "Euphoria," and perhaps by then, he will have gotten over his issues with the white girl from the L.A. Times. 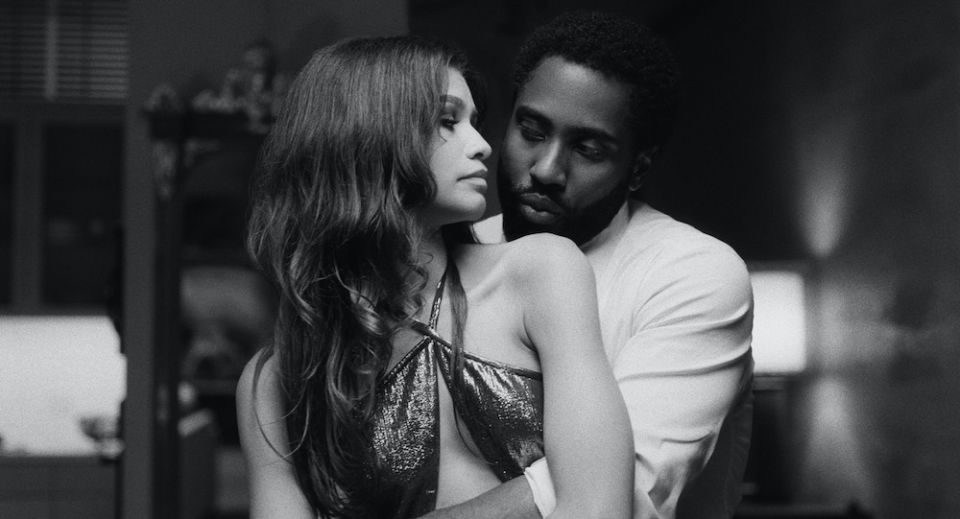 Zendaya as Marie, left, and John David Washington as Malcolm in a scene from "Malcolm & Marie" (Netflix/Dominic Miller) 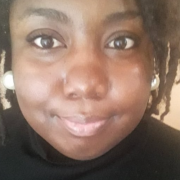 Hanna Phifer is a 25-year-old writer and cultural critic based in Charlotte, North Carolina.