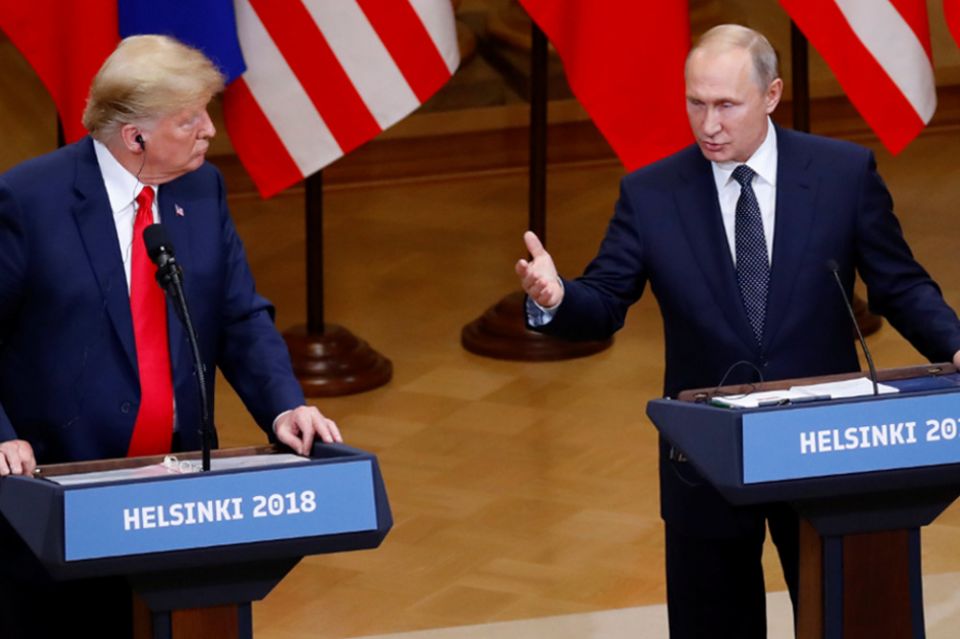 Special Counsel Robert Mueller has completed his investigation and, according to a summary sent to Congress and released to the public by Attorney General William Barr, the final report addresses two large issues. It found no evidence that President Donald Trump or anyone associated with his campaign knowingly conspired with Russian agents to affect the 2016 election. On the related issue of obstruction of justice, the report is more ambivalent stating that "while this report does not conclude that the President committed a crime, it also does not exonerate him." The attorney general announced that the Department of Justice would not pursue any prosecution of the president on obstruction charges.

All Americans should breathe a sigh of relief for two reasons. First, the rule of law has been vindicated. The resources spent on this probe, the attention paid to it by the media and the public, all were worth it because no one, not even a president, is above the law and free from oversight. For the past several months, some Trump supporters and Fox News analysts have questioned Mueller's integrity, while Democrats have defended Mueller and the probe. There should be no role reversal in light of this report: One of the things that should distinguish a healthy democracy from a sick one is whether it is governed by laws or by men. Democrats should not mimic the behavior of Republicans by now vilifying Mueller.

Nor should anyone minimize the severity of allegations of obstruction of justice. In recent months, Republicans have spoken of obstruction and perjury as "process crimes," the kind of thing that is not truly serious or out of the ordinary, something every investigation would entail. This is patently false, especially when the man charged with faithfully executing the laws of the country is the person charged with obstruction. Congress and the public needs to see what evidence Mueller found that left him so non-committal and which led the attorney general to not pursue prosecution. That decision is within Barr's discretion to be sure, but voters do not have to prove anything "beyond a reasonable doubt" in deciding whether to re-elect Trump or not.

Second, while the report says nothing about the president's often despicable politics, the absence of evidence of collusion at least shows that our president is not a traitor. Democrats as well as Republicans should celebrate this admittedly low-bar finding because the constitutional crisis that a contrary finding might have provoked would be too ugly to even contemplate. If Democrats wish to hurl Trump out of office, they will need to do it the old-fashioned way, at the ballot box. Lest anyone forget, Trump, while not a traitor in the strict sense, still betrays on an almost daily basis the values that many of us cherish and the norms upon which our democracy depends. Democrats have plenty of issues upon which to run in 2020.

Questions remain and we hope the attorney general will publish the entire report. We understand the traditional concern about publishing grand jury proceedings —the evidentiary standard there is much lower than at trial. But, as we saw in Pennsylvania, where grand jury proceedings were used to unearth details about clergy sex abuse, sometimes the public's right to know outweighs that traditional concern.

We also do not know what has been referred to other jurisdictions. One of the difficulties in understanding the behavior of the president's closest aides is why they lied about their contacts with Russian nationals. And, why was Trump himself so obsequious toward Russian President Vladimir Putin at the infamous press conference in Helsinki last year? There is something about this relationship that still smells fishy. We now know it was not collusion during the election. Was it something else? Mueller has already passed off some financial investigations to the prosecutors in the southern district of New York, where more white collar crimes, especially those involving financial misconduct, are examined and tried than any other federal jurisdiction.

Constitutional crises are dreadful things to experience. Watergate was not the only reason the American people increasingly evidenced little trust in our national institutions, but it was a big reason. Our nation fought a great and terrible Civil War when its most severe constitutional crisis proved insoluble by ordinary democratic means. Trump is the most irresponsible president we have ever had: Can anyone doubt that he might foment a crisis had Mueller's findings been different?

Catholic social teaching indicts Trump on virtually every one of its core principles. He evidences no solidarity with suffering humanity. He wouldn't recognize the common good if it bit him. He tramples on the human dignity of immigrants and refugees. His commitment to human life is conditional on being in the womb — after that, human beings are on their own in Trump's dystopian political universe.

We hope the voters will refuse him a second term, but we are relieved that the country will not now have to face the terrible conundrum of discovering the president is a traitor.

A version of this story appeared in the April 5-18, 2019 print issue under the headline: We need more than Barr’s letter .