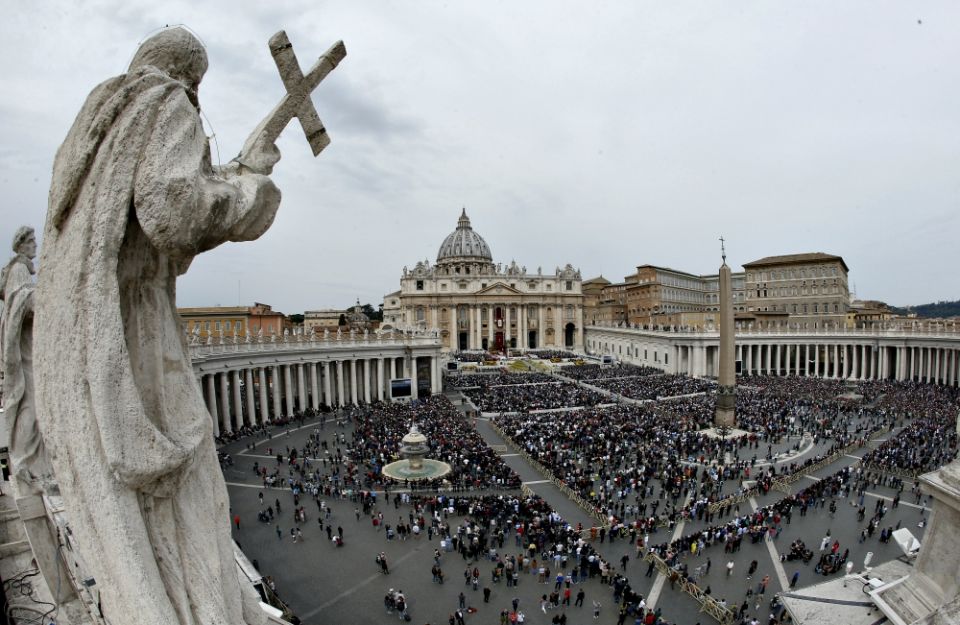 It is difficult to discuss conditions in the institutional church today. I have been hesitant to even write about the challenges confronting the church because there is little that can be said in a positive vein.

There is the sex abuse crisis.

There is the cover-up by the hierarchy.

There is a dearth of forward-thinking ideas to remedy the crisis.

There is Pope Emeritus Benedict XVI returning to the scene for what purpose remains unclear.

There is the increasing irrelevance of Pope Francis himself amid a significant loss of his credibility.

There is the hostility among traditionalists toward Francis, and a determination to return the church to pre-Vatican II status.

The church broke apart during the Reformation. The current plethora of Christian denominations is what we have to show for it. Is that where we are headed again? It is difficult to see how the problems and the divergence of positions can be reconciled.

In the words of a hymn that is seldom sung today: we need to "sing a new church into being."

So much needs to change in today's church. We must rid ourselves of all those things that have taken us away from truly following in the footsteps of the Lord.

The church has picked up too much baggage over the centuries. It all started as early as the time of Constantine. The church became too comfortable being connected to government. Power, influence and wealth became driving forces that caused it to lose focus on the message of Jesus of Nazareth.

The strength of our faith is in the multitude of believers who still seek to practice Gospel values and live their lives as faithful followers of Jesus, the Christ.

I believe that to go forward, we must go backward. As we celebrate the resurrection of our Lord, we need to return to the Gospels. Jesus in Mark tells us to go before him into Galilee and there we will see him. The apostles reunite with their Lord on the shores of Galilee. Jesus sends his Spirit to start a new church and to guide it into the future.

Peter steps out onto the balcony and preaches: "This Jesus whom you crucified, God has raised up and made both Lord and Messiah" (Acts 2:36).

In the Christological hymn of Philippians, we learn of Jesus' emptying or kenosis. It says in part: "Have this mind in you which is also in Christ Jesus, who though he was God, did not believe divinity a thing to be clung to, but rather he emptied himself, taking on the form of a slave, and becoming like us in all things except sin. ... Therefore, God has exalted him ... so that at the name of Jesus every knee should bend, in heaven, on earth, and under the earth; and every tongue confess that Jesus is Lord to the glory of God the father" (Philippians 2:5-11).

We are called to follow the Jesus of the Gospels and the Lord who is risen, not the cacophony of voices providing so many distorted notions of what Christianity is all about. We can also not follow those leaders of our church who have failed us in so many ways.

This Easter may we recognize the risen Lord in the breaking of the bread and may the Spirit lead and guide us to a new church and a new community of servant leadership.

Pope adds feast of Mary, mother of the church to universal calendar