Saying farewell to another Latinx Catholic family on Netflix 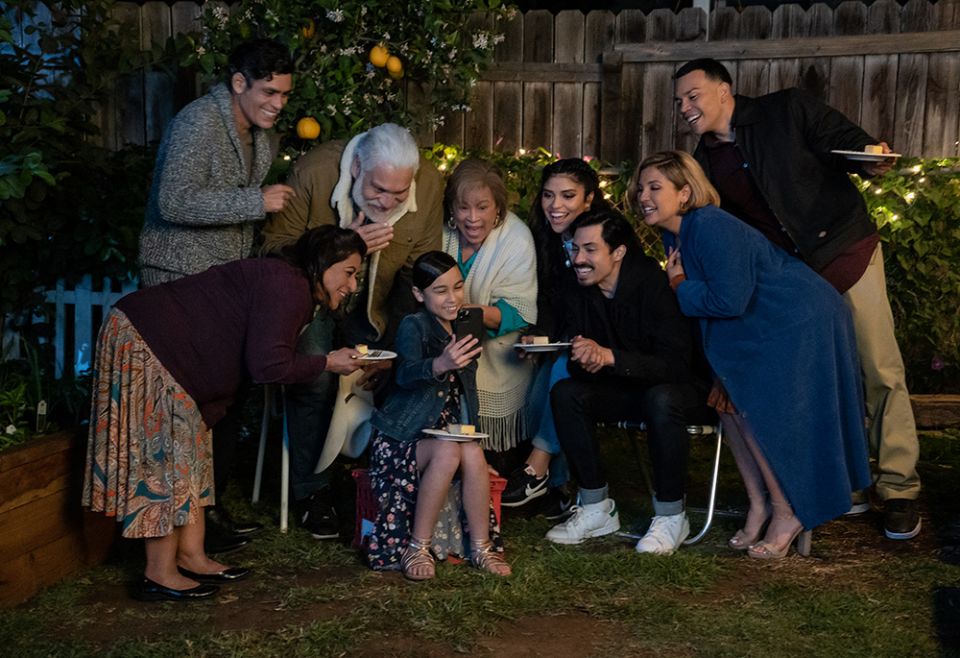 "Gentefied," a Netflix series that highlights the Catholicism of Mexican Americans, was canceled after two seasons last month.

The series was written, produced and directed by Marvin Lemus and Linda Yvette Chávez and takes place in Boyle Heights, California. It tells the story of a Mexican American immigrant family trying to keep their family taco shop afloat amid the rapid gentrification of their neighborhood. Season One touches on the nuances of citizenship status, race, class and the question: Are you Latino enough?

After Season One aired in 2020 there were mixed reviews: many were happy to finally witness a new drama that centered a Mexican American Catholic family trying to navigate a changing Boyle Heights neighborhood, but there were also criticisms. Many viewers wanted the show to better address anti-Blackness and colorism within the Latinx community. The only recurring Afro-Latino character was Yessika Castillo, played by Julissa Calderon, who is the girlfriend of Ana Morales, played by Karrie Martin Lachney. In the first season, the creators barely offer Yessika a backstory. Many wondered if Mexican American representation had to come at the cost of upholding anti-Blackness.

Season Two presented an opportunity to work through these critiques.

In Season Two, the writers of the show make a concerted effort to center Yessika and other Black Latinx characters like Diana. This season Yessika has a solo episode that begins with her addressing the anti-Blackness she felt with her ex-girlfriend's mom. This episode also explores stereotypes the Latinx community can have of Afro-Latinas like assuming because these women are Black they do not know Spanish. 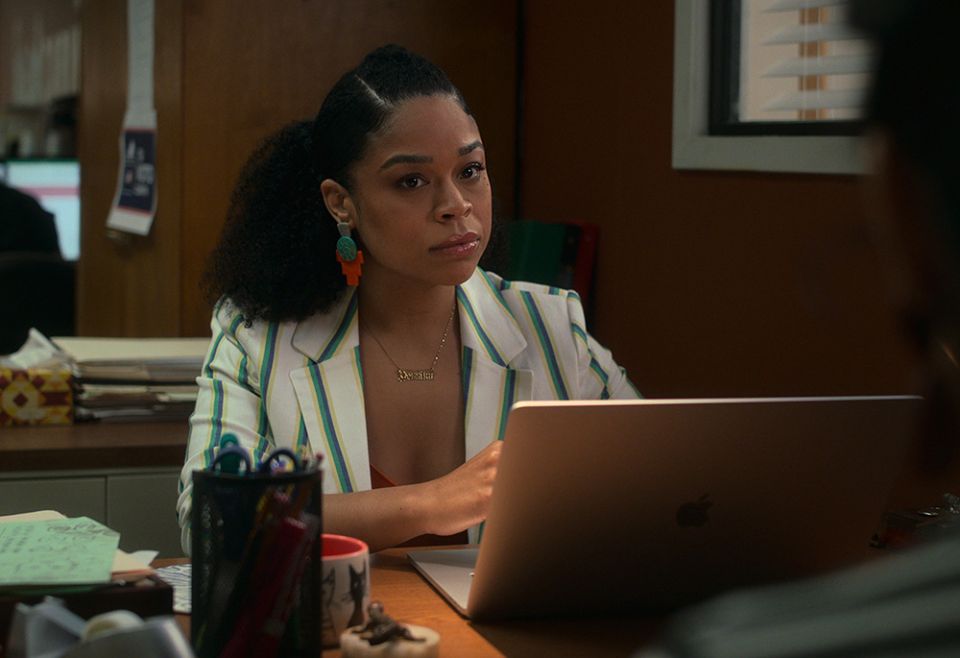 Julissa Calderon as Yessika Castillo in Season Two of "Gentefied." (Courtesy of Netflix)

Along with better addressing anti-Blackness within the Latinx community, the second season highlights the family's faith life.

Season Two begins with the release of the main character, Pop, from an immigration detention center. As Pop makes his way to a new parish for the baptism of his newest granddaughter — who was born while he was being detained — he cannot bring himself to go inside the confessional at church because the tight space triggers his PTSD from the detention center. Throughout "Gentefied," the Catholic Church sets the foundation for a family healing from immigration trauma and this season was no different.

In recent years, there has been an uptick in Catholic films and televisions, yet more often than not, they are centered around white characters. This includes "Lady Bird," "Derry Girls" and "Midnight Mass." Yet for Latino Catholics, representation is still severely lacking. While shows like "Jane the Virgin" and "One Day at a Time" — also canceled by Netflix after three seasons before being picked up by Pop TV — wonderfully explore the nuances of the U.S. Catholic Latinx experience, as a community, we still need better representation.

Netflix — and Hollywood as a whole — have long failed when it comes to Latinx representation. In 2021, UCLA released a report that showed only 7.1% of leads in narrative television shows are Latinx (compared to nearly 20% of the U.S. population), whereas 76% are white. Several studies have found that Latinos are dramatically underrepresented in all aspects of the film and television industry, both behind and in front of the camera. This lack of representation in turn has real stakes for Latino communities.

The new season never broke into Netflix's Top 10, a metric the company uses to evaluate viewership. Yet while Netflix must answer to the demands of a profit-driven algorithm, the pull between stories for consumption and stories for the sake of storytelling continues. Investment in Latinx storytelling is needed, but so is the renewal and retention of the shows that already exist.

In November 2021, America Ferrera, one of the show's directors and executive producers, told Stephen Colbert in an interview that Gentefied is "a dream come true." She explained that as a Latina who's been in the industry for over 20 years, there were no roles for someone like her when she began.

Ferrera sees shows like "Gentefied" as an opportunity to showcase talented Latinx creators. After its cancellation, Ferrera wrote: "It's a small miracle and a monumental feat every time one of our stories is birthed into the world." With Netflix's latest insult to Latino communities, the existence of shows like "Gentefied" seem more miraculous than ever. 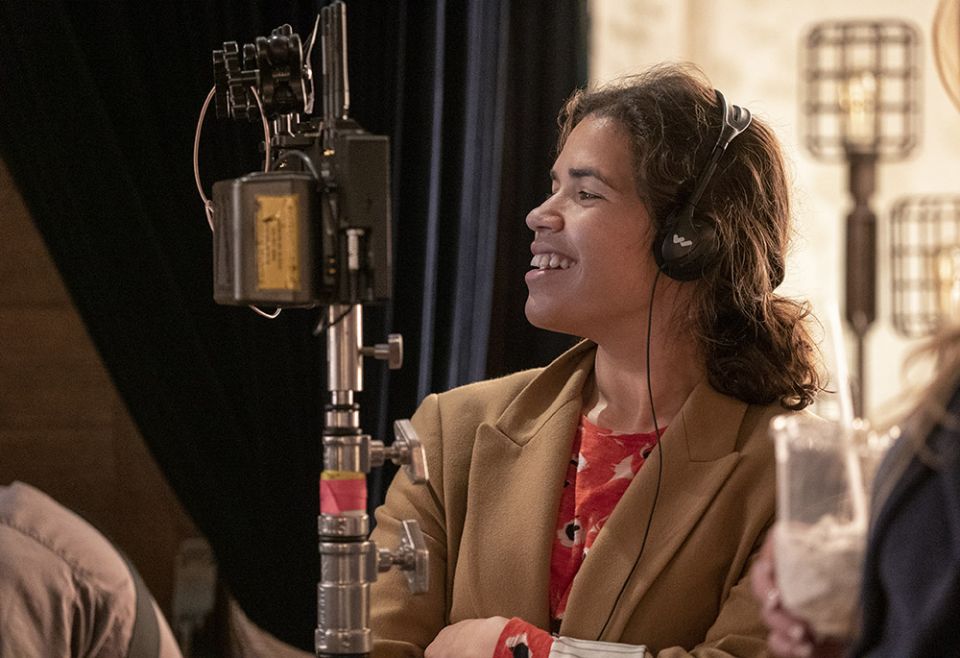 America Ferrera in a production still from "Gentefied" (Kevin Estrada/Netflix)

The series showed us Latinx love, lessons on generational healing and the range of immigration experiences in this country, while also focusing on issues like colorism and trans awareness.

For me, witnessing love and dating at various stages of life in Season Two references the intergenerational wisdom of the Latinx community. Pop, the elder in the show, remarries Lupe, representing what it means to find love again later in life. Erik Morales and Lidia are a couple who have been dating on and off since high school who are learning about parenthood, all while committed to healing from their family traumas together. Season Two also brings new love through main character Chris Morales as he falls for Saraí and Ana, who's trying to be single again. The acting is believable, the story lines are fresh and we are left wanting to know where these characters go next.

Finding a television series that tells the stories of American Latino families is difficult. Finding a Latino story that also grapples with what it means for Latinos to be culturally Catholic — while also depicting the full range and diversity of Latinx communities and casting authentic Latinx actors — is even harder. When shows like "Gentefied" are canceled, Netflix fails Latinos.

Opinion | Saying farewell to another Latinx Catholic family on Netflix

'Kim's Convenience' and one last 'OK See You' for the fans