How I wound up living across from a strip club 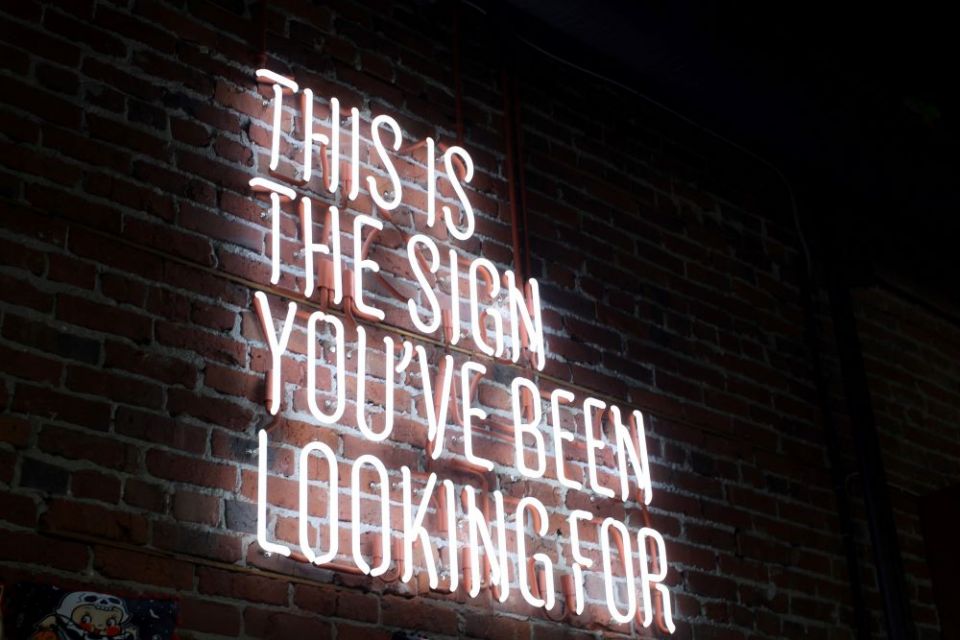 God sometimes puts the right people in our lives at the right time and if we don't pay attention we'll miss it, or we'll just call it something else, such as luck. But our soul tells us it is more than that. It is grace. it is real.

I went to Villanova University, not because of its affiliation with the Catholic Church, but because I was turned down by Yale, Princeton, Brown, Dartmouth, Williams College and Hamilton College. Villanova was my safety school.

When it was time to send in the first tuition check, I had to also fill out a form selecting a major. The choices were nursing, arts and science, engineering or business. I turned to my father and asked, "Which should I pick?"

"What do you want to do with your life?" he asked.

"Pick business then," he said, which made sense because that's what he was, a businessman and a successful one.

So that's what I ended up studying, and I was good at it to the point of finishing near the top of my class, inducted into the business honor society and elected president of the finance club. By senior year, it looked like smooth sailing toward a career on Wall Street or something similar in which I'd make a great deal of money.

But in the first semester of senior year, I happened to pick up a copy of The Philadelphia Inquirer, which I rarely read, and the cover story was about a Philadelphia native who had been working in Guatemala after a terrible earthquake there, helping to rebuild. Edward Fischer was now walking to his home town of Philly in order to raise funds. "That is some long walk," I remember thinking.

A few months later, I was at Georgetown University for our annual rugby game against the dreaded Hoyas. We played on a Saturday, lost to them for the first time in my four years on the team, partied all night and gathered in front of the statue of Fr. John Carroll as we planned to caravan together in our cars back to Villanova. Lying there in the grass, I noticed a van nearby with lots of children, balloons and a young man, tanned and athletic. For some reason, he wandered over and asked us who we were. When we told him, he laughed and said that he was a Georgetown graduate and had played rugby for them, and he teased us about our loss. I then realized that this was the Edward Fischer, whom I had read about and who had apparently made it all the way to D.C.

A few weeks later, I attended the 6 p.m. Mass at the main Villanova chapel. It was the most popular Mass on campus and always well attended. When it came time for the homily, the Augustinian celebrant handed the microphone to a guest speaker, someone he introduced as Edward Fischer.

Back then there were no iPhones, so I don't have a recording of what he said, but he showed slides of the devastation in Guatemala, what he was doing there, and said something along the lines of:

"I look out at all of you and I see myself at your age. I had everything in front of me in terms of financial security, job security. But now I have very little money of my own. I have spent hours and days walking in the pouring rain, cold and shivering. But I'm telling you, I could not be happier. I felt joy even when I felt physically miserable. I would not trade the life I have now, and what I am doing, for anything else."

After Mass, as everyone filed out of the chapel, most toward the campus library to study, I stood there in that pew. I felt like yelling out to everyone leaving, "Hey! Didn't you hear what he said? Didn't you listen to him? How can we all just get up and go about our business and our lives, as if nothing was different? Where are you all going?"

I also desperately wanted to go up to this Edward Fischer to tell him how much he had affected me, how I suddenly wanted to be doing with my life what he was doing with his. But I lacked the courage.

Eventually I was standing in the pew alone. Only a few people remained in the chapel, chatting with their friends. So, I wandered out, carrying my business books, walked into the library, found a desk and started studying about interest rates, stocks and bonds. But then, more than ever, the focus of my studies felt so futile, so useless, so not me. In light of all that I had just heard, a paradigm shift had taken place.

There would be all kinds of twists and turns in my life in the next few years, including ending up in a much-sought-after management training program for a multibillion-dollar corporation on Madison Avenue, and a studio apartment on Manhattan's Upper East Side.

But I didn't last long there. Within 18 months, I walked away from the job and the apartment and moved into the Covenant House faith community, helping homeless and runaway teenagers, earning $12 per week, living across from a strip club and a heroin shooting den.

I still do this kind of work, now in Vermont. This June marked my 40th anniversary. I never went back to Madison Avenue, or to the Upper East Side. But I do go back to Villanova, every five years, for my class reunion. And each time, I go back to that chapel, and I look at where I was sitting that night in 1978, somewhere on the left side, near the back. And I think to myself, "This is where it all started."

I really do believe that God brings certain people into our lives, at certain times, for a purpose. Was it just a coincidence that I'd happen to pick up the Inquirer that day, a paper I rarely read? That I'd be sitting in front of Georgetown, hung over, and Edward Fischer would come over and talk to us? That I'd happen to go to that particular Mass, on that particular Sunday?

According to St. Augustine, "You are to pay special regard to those who, by the accidents of time, or place, or circumstances, are brought into closer connection with you."

That has certainly been my experience, and it has made all the difference in my life.

A version of this story appeared in the Sept 3-16, 2021 print issue under the headline: How I wound up living across from a strip club . 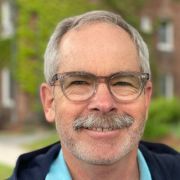 Mark Redmond is the author of the newly published Called: A Memoir.

Column | How I wound up living across from a strip club

The ecumenical movement is as important historically as the Reformation

How to cope with a Notre Dame loss? Practice Ignatian indifference

A Christmas pageant of a different sort