Trump's legacy may be unintended consequences 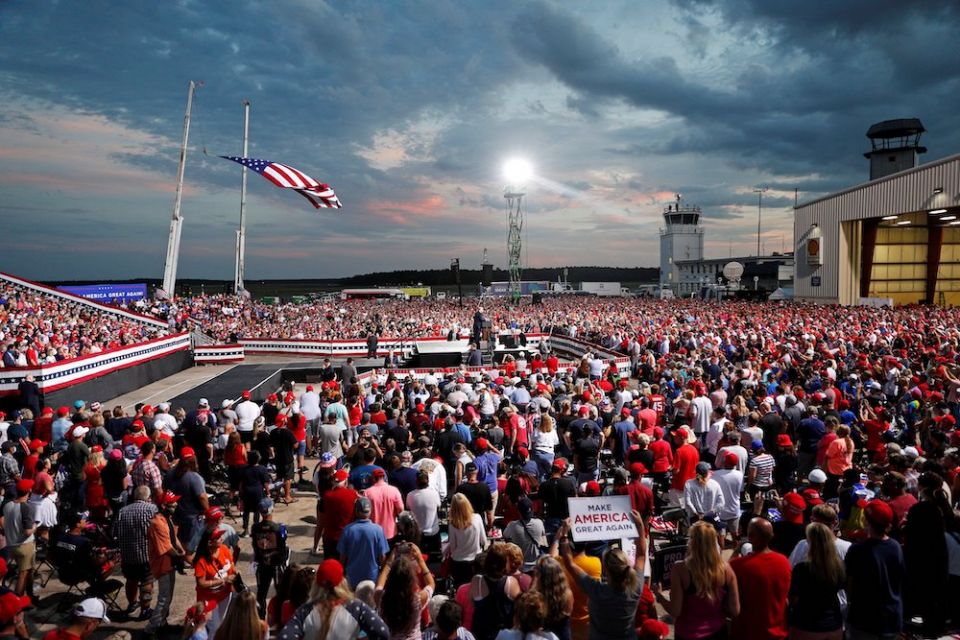 The genius of the Trump administration has been its ability to generate chaos and crises in such volume, day after day, that it has been impossible to focus on any single development for more than a few hours. The citizenry, whether for or against him, has been kept in a state of nerve-jangling anxiety, fed an endless diet of divisive rhetoric and events, for four years.

President Donald Trump, agent of chaos and division (and tax-dodger, according to a review of his tax returns), has brought the country to a moment of existential magnitude. It is more than a moment of organizational disorder or a challenge to protocol and past practice. It goes well beyond a power grab here or there, or pedestrian corruption, like charging the government you lead exorbitant fees in your own establishments for your own protection.

Trump is a threat to the republic and its democratic institutions on multiple levels. He is corrosive of the soft tissue that binds us together, however imperfectly, moment to moment, in a culture unprecedented in history for its diversity. He is clear in these weeks that he is willing to effect a "coup against democracy," in the words of conservative analyst Michael Gerson, in his refusal to guarantee a peaceful transfer of power should he lose in November.

Should the republic survive intact, one ironic effect may be that Trump and his enablers, like Attorney General William Barr, who has turned the justice department into Trump's personal law firm, and members of Congress who sit silently as the president undermines essential bureaucracies — the U.S. intelligence apparatus and the Centers for Disease Control, to name two — may be inadvertently setting the stage for unintended consequences of a very different order.

The administration's unprecedented assault on democracy also has the effect of shining a spotlight on persistent inequities — racism, sexism, xenophobia, disparities in wealth and opportunities, religious bigotry — and those cultural wounds have caught the attention of wide swaths of society, particularly young people.

At the base of all the current turmoil lie perennial questions that have to do with moral authority and spiritual integrity, and the latter does not involve sectarian religious tenets. Rather, spiritual integrity in this context deals with the more nuanced consideration of the interaction of spiritual values and secular culture that became the life work of Jesuit theologian John Courtney Murray.

In his 1989 treatise on Murray, The Search for an American Public Theology, Bishop Robert McElroy of San Diego quotes the theologian's conviction that culture "is essentially a spiritual thing, for its home is in a soul. It is to the life of an individual or a nation what the soul is to the body: a form that animates, organizes, humanizes what otherwise would be brute matter, inert, disorganized." Culture represents the effort to be "fully human" and is expressed in "spiritual order and spiritual purpose."

But Murray saw the beginnings of the disintegration of that spiritual order and purpose in the 20th century, writes McElroy. "Murray became more and more skeptical about the ability of American society to reach agreement on any substantial principles of truth," McElroy continued. "And in the absence of such an agreement, the cultural achievement of the United States could not possibly endure."

Have we reached that point?

The decision of Sen. Mitch McConnell, enabler-in-chief, to go ahead with replacing the late Supreme Court Justice Ruth Bader Ginsburg just weeks before a presidential election, may be outrageously hypocritical, but it is not surprising. McConnell is not an honorable man, but he, at least, is understandable. He is about power. Period. The real danger is that the power he exerts ends up in the service of ideas and concepts that are toxic.

To some, Trump may be a one-off, the anomaly. But he has managed to seed our politics with the poisonous success of someone who has essentially nullified the oversight functions of government and made lying and deception as much a routine as a daily briefing. He's demonstrated that he can single handedly, using baseless assertions, call into question the integrity of the U.S. election system. Thoughtless and vulgar, devoid of moral anchor or any sense of obligation to a greater good, he has turned our politics into a zero-sum reality game.

Will Trump and his ilk become the model for our future politics? Or will he serve as the symbol of trauma that causes us to hit bottom and seek recovery from the downward spiral of partisan political addictions — that will bring us to the end of "cultural achievement?" 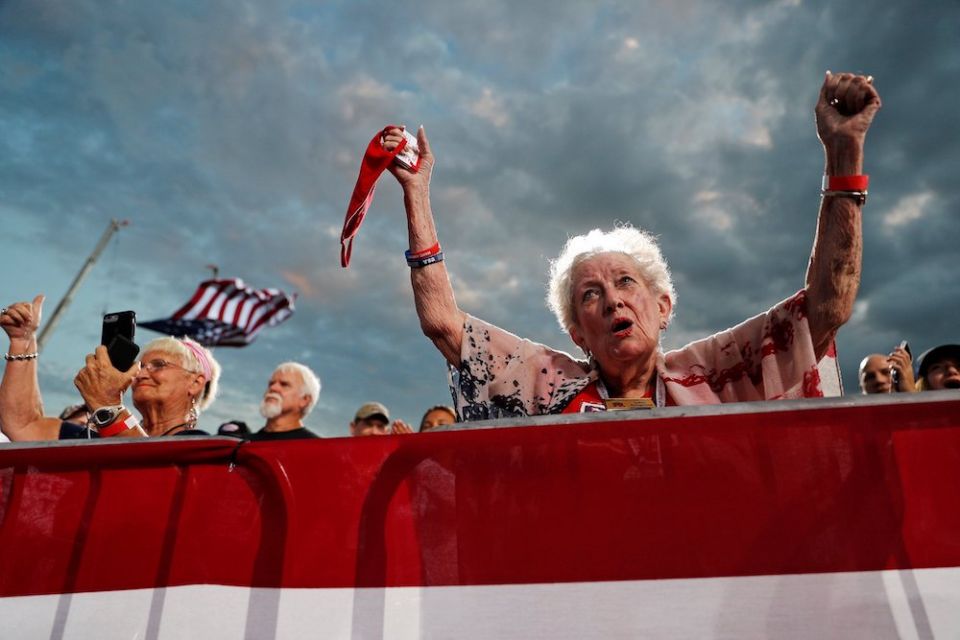 Trump's speech during a White House conference on American history at the National Archives on Constitution Day was a masterpiece of projection, using the language of American principle in a way that twisted it against those very principles. In a hail of verbiage, the American people were told that "left-wing mobs" were desecrating American statues and monuments, were carrying out "a campaign of violence and anarchy" and, by the way, would "love to rip down" Mount Rushmore.

The claims are inane, but that's hardly the point. Far more important, the speech contains the seeds of a malignancy that will be in place well beyond the next election, no matter who wins.

All of the imagined "left-wing" chaos had its roots, said Trump, in "decades of left-wing indoctrination" in the history taught in our schools, which is why he is proposing a 1776 Commission to "promote patriotic education," which will receive a grant from the National Endowment for the Humanities for the development of "a pro-American curriculum that celebrates the truth about our nation's great history."

It is a speech the nature of which one might expect to hear in China's Great Hall of the People or some other authoritarian shrine. The text is a denial of reality and a distortion of history. Laced throughout it is a repeatedly angry protest against any of the current efforts to confront the nation's ugly racist past, its foundational place in the country's history and the extent to which that reality has deformed the American ideal.

If the intent was to blunt the unintended consequences by diverting attention to those old wounds, it won't work. Trump's base notwithstanding, too much of the population has arrived at a point of decision — to go on along a destructive path or change.

It is young people of every background and demographic who constitute one of the most important of the unintended consequences of Trump and company's assault on democratic norms. Froth as he might, they are taking considered measure of social justice issues most important to preserving and strengthening the culture — including racism, voting rights, climate change.

The examples are as large as the protests to the quieter realization among small groups that they need to reckon with the culture's racist past and other issues of equality. Cultural integrity requires unpacking even the unpleasant history. We've seen that kind of introspection in Catholic circles, where religious orders are beginning to do the hard work of a long-overdue accounting of their involvement as slave owners.

The Washington Post recently reported on incidents involving "hundreds of students at more than a dozen elite colleges and universities nationwide who have cut ties with their fraternities and sororities over the past three months, saying the organizations with histories of sexual assault and White exclusivity are out of line with growing demands for social justice."

That certainly is radical in the best sense of the word. It has nothing to do with left or right. It has to do with the kind of introspection and honesty that Trump couldn't begin to comprehend. It is a coming to terms with the kind of truth that ultimately can make us more fully human. It is contending with the heart and the soul of the matter. And in that lies hope that the "cultural achievement of the United States," as McElroy said, might endure.