Addictions flourish when people are left to manage pain 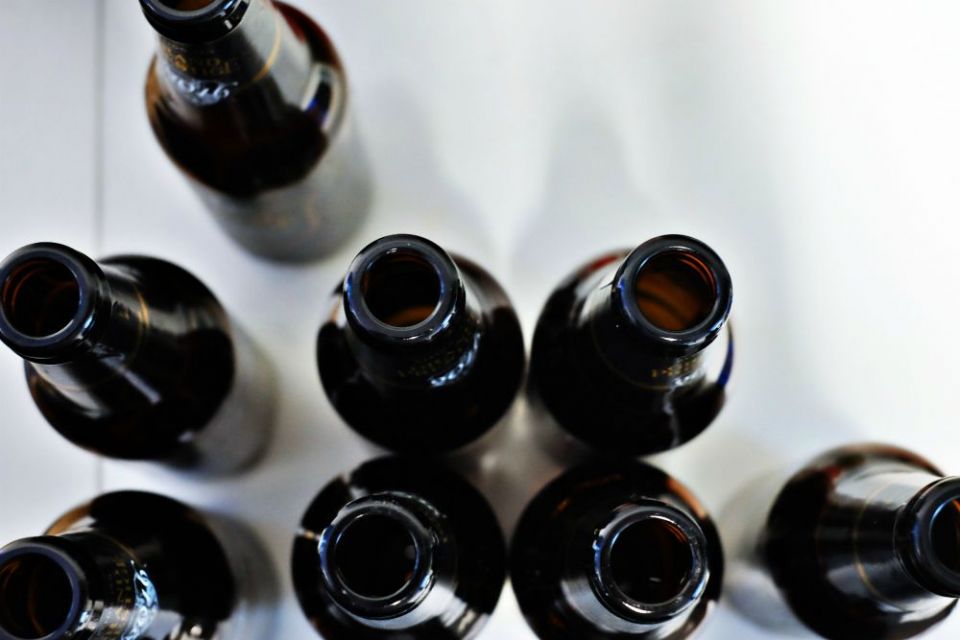 The opioid abuse epidemic has devastated communities across the nation — so much so that the president has informally declared an emergency. Nor is it our only public health crisis of the kind: According to a new study by JAMA Psychiatry, alcohol disorders have risen on average by almost 50 percent. One in eight Americans now struggles with disordered drinking. The rate of growth is even steeper for African Americans, women, and the elderly: around 92 percent, 84 percent, and 106 percent, respectively.

The United States, it seems, has a substance abuse problem — a problem with varying expressions and mechanisms, but nevertheless unified in important characteristics. For one thing, both crises deal with escape drugs: drugs that involve a mellowing out of the world, a blurring of the edges of reality. For another, they have wreaked the most havoc across groups that are vulnerable to oppression or lie in some way at the margins of American society: the lonely elderly, racial minorities, rural poor, and people in isolated and abandoned former manufacturing towns.

The rise in substance abuse tracks with several other metrics of social alienation, dysfunction, or misery. Young men don't have jobs. Over two million Americans are incarcerated. Suicide rates, especially in rural areas, have risen. Marriage rates have declined.

Most proposed solutions to the substance abuse crisis range from the clinical to the punitive. Calls for action have included making rehabilitation programs more widely available, lowering the price of anti-overdose drugs, and tightening up regulations on prescription painkillers. Attorney General Jeff Sessions has instructed federal prosecutors to seek maximum punishment for drug offenses. To reduce alcohol consumption, some policy analysts have suggested raising sales taxes on alcohol, as Philadelphia has done with soda and other sugary drinks.

These proposals, some promising, some alarming, share a common theme. All treat the substance abuse crises as a discrete public health or criminal justice issue: a problem to be managed as it appears, not as symptomatic of any wider addressable social dysfunction. This approach is nothing new — it's the way we treated smoking when the full range of its health impacts became known. 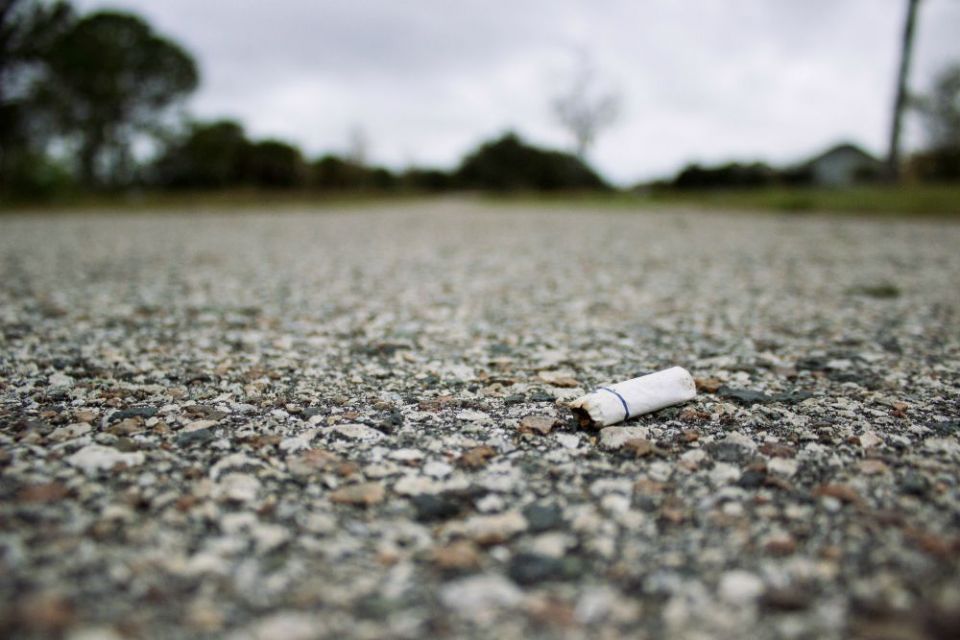 I remember how my fellow waitresses and bartenders would count the minutes till their next smoke break, long after anti-smoking campaigns had officially driven smoking from restaurants. They measured time by the cigarette that rejuvenated flagging energy, restored the ability to smile at the petty humiliations devised by obnoxious customers, and, most of all, that provided a break from grinding, exhausting, miserable, pittance-paying work. The cigarette was more than a cigarette: it was the small pleasure that reconciled them to the absence of ordinary human comforts and courtesies.

The movement against cigarettes assumed a non-existent equality among smokers: simply remove the contaminant, it suggested, to achieve health and happiness for all. Thus, while it undoubtedly made our bars and public places cleaner, it also divided people into two groups: stable and affluent non-smokers, for whom cigarettes were always one pleasure among many, and a nicotinous underclass, on whose refusal to quit elites look with baffled disapproval.

Obviously, opioids and even alcohol have a capacity to cause social and personal harm orders of magnitude greater than that of cigarettes. But precisely for that reason, it is crucial not to make the same mistakes as we did with smoking. The substance abuse crisis is not merely a problem of chemical dependencies, but of social breakdown.

Across America, real wages have stagnated since the 1970s. Unstable work in the service industry has replaced manufacturing jobs. Demand for caregiving labor has grown by leaps and bounds, while retaining all the low pay, scant labor protections, and expected servility traditionally allotted to work done by women.

The GI bills that allowed an earlier generation to buy houses and further their education have not produced similar results in recent years. In the absence of reliable family leave or healthcare, childbearing and family formation have become gambles against the possibilities of joblessness and medical debt. And, when circumstances become dire, the conventional wisdom is to cut ties and move out.

We have created a society in which the big, defining, joys of human life — marriage, parenthood, deepening roots in a community, work whose contribution to society is acknowledged both by a living wage and social markers of respect — are at best precarious and fraught, at worst simply foreclosed, to large swathes of the population.

Having functionally excluded people from lives of meaningful pleasures, society's attempt to manage and nudge the degree to which they avail themselves of life's uglier, lonelier pleasures seems somewhat futile. As important as harm reduction is, it cannot succeed decoupled from a broader policy agenda.

America's substance abuse crises is uniquely political, and any attempt to address it effectively will include programs like a revived Works Progress Administration, a child allowance, family leave, single payer healthcare. Such policies are often referred to as a "safety net," but they can and should be something more. Welfare and entitlement programs should not merely provide a floor to the depths of human misery but aim to make the good, virtuous, dignified life widely available.

As the United States Conference of Catholic Bishops declared in their 2015 Labor Day statement: "Labor should allow the worker to develop and flourish as a person. Work also must provide the means for families to prosper." Citing Pope Francis in Laudato Si', they continue: " 'Work is a necessity, part of the meaning of life on this earth, a path to growth, human development and personal fulfilment.' Work is meant to be for the sake of the family. We do not undertake labor for its own sake, but as a way to grow toward lasting and meaningful realities in our lives and communities."

The foundation of human flourishing — dignified participation in and labor for a stable community — should be the shared basis of social life, rather than the aspirational perks of a high-powered career. 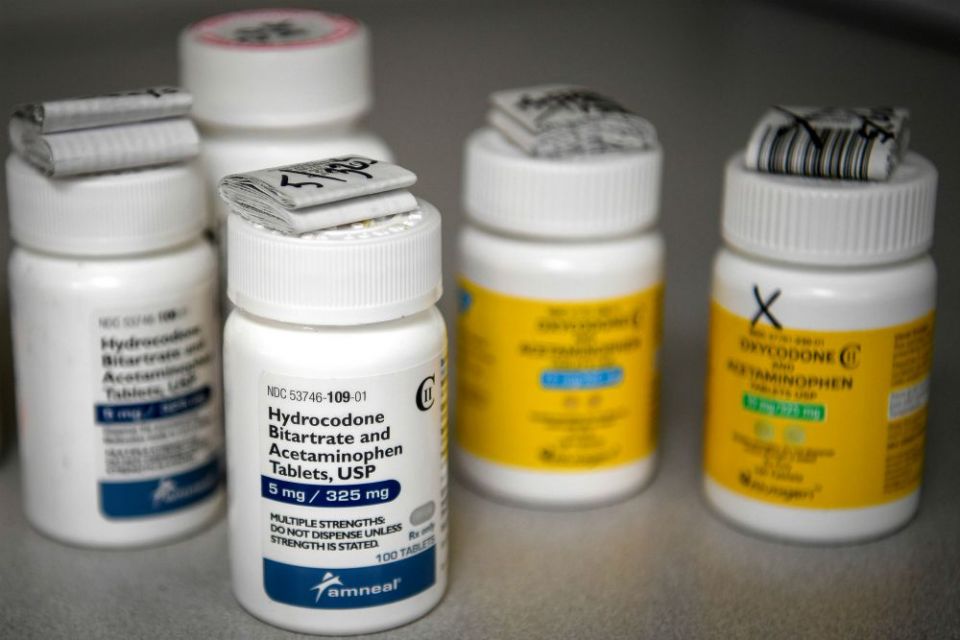 Bottles of opioid-based medication at a pharmacy in Portsmouth, Ohio (CNS/Bryan Woolston, Reuters)

Perhaps in confronting the current opioid crisis, we could learn from an older one. Thomas de Quincey's Confessions of an English Opium Eater was published in 1821 and details the author's descent into dependence on laudanum, a form of opium. De Quincey vigorously defends himself against the charge that his opium habit arose from mere perversity of will coupled with intemperance of appetite. His dependency on the drug, he explains, grew out of an attempt to mitigate the pains of starvation and homelessness during an impoverished period of his life. Addiction, in de Quincey's account, cannot be decoupled from both the physical and mental anguish of poverty, loneliness and hopelessness.

More than 100 years after de Quincey's death, the forms of opium have changed. The roots of its power to destroy entire communities, however, have not.

A version of this story appeared in the Oct 6-19, 2017 print issue under the headline: Addictions flourish when people manage own pain .

Column | Addictions flourish when people are left to manage pain

And the desert shall bloom