Chicago's Cardinal Cupich not expected to be moved to Rome 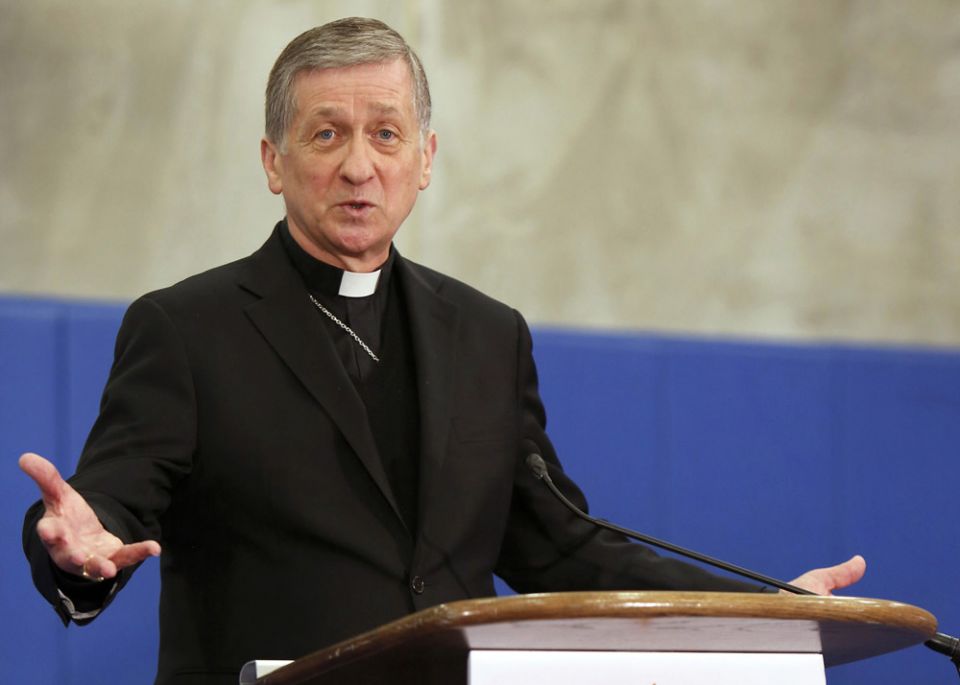 Cardinal Blase Cupich of Chicago is seen in Chicago April 4. He praised Illinois governor for his promise to veto a bill that would use public funds for abortion. (CNS/Karen Callaway, Chicago Catholic)

Rome — Cardinal Blase Cupich is not expected to leave the Archdiocese of Chicago for a new position at the Vatican, several sources close to the prelate say.

A recent rumor that Cupich would replace Cardinal George Pell as the head of the Vatican's Secretariat for the Economy is "totally without foundation" said one of the sources, who said they had been told as much by the Chicago cardinal.

Cupich has been the archbishop of Chicago since 2014. A rumor about his possible transfer to Rome appears to have been initiated by Chicago Sun-Times gossip columnist Michael Sneed, who cited discussions in "Jesuit circles" in a recent column.

Pope Francis created the Secretariat of the Economy in 2014 to consolidate and oversee the Vatican's various financial offices. Pell, an Australian who is serving as the secretariat's prefect, returned to his home country over the summer to fight charges of historical sexual abuse against minors.

There is no indication that Francis is seeking to replace Pell while the cardinal fights the charges against him.

Should the pope decide to replace Pell, it appears unlikely he would choose an American for the job as the Vatican already has an American in high-level leadership with Cardinal Kevin Farrell, who leads the new Dicastery for Laity, Family and Life.

People | Chicago's Cardinal Cupich not expected to be moved to Rome

When Trump meets Francis, I'd like to be a fly on the wall

Francis is out to change the church

Pope’s quotes: Care for the poor