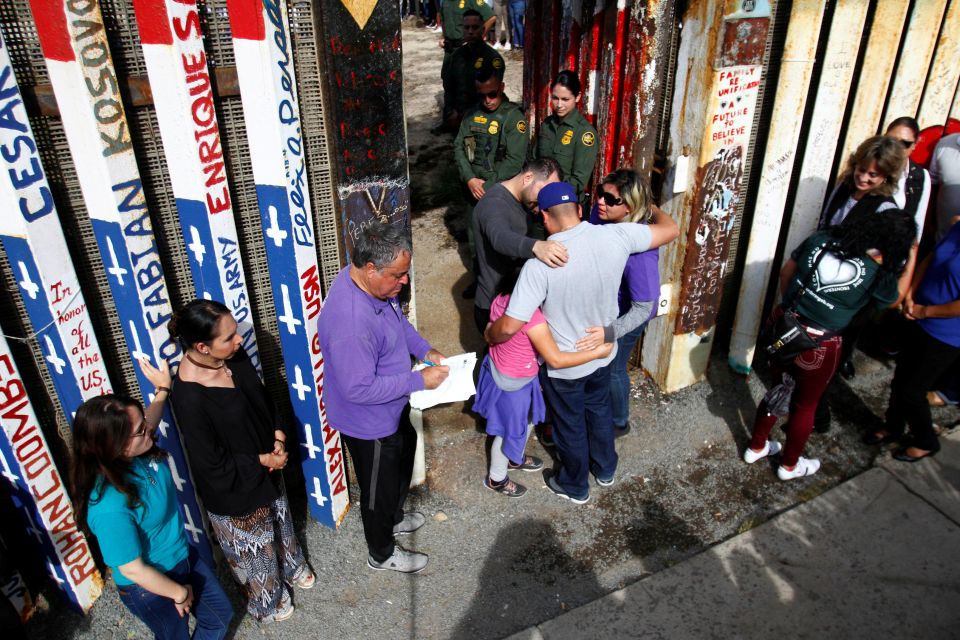 Washington — Miami Archbishop Thomas Wenski said laws need to be changed to fix the country's broken immigration system, but in the process, immigrants should not be demonized.

"Fixing illegal immigration does not require the demonization of the so-called 'illegals,'" said Wenski, addressing an audience at a Nov. 28 event in Miami sponsored by the Immigration Partnership and Coalition Fund.

His comments were posted on the Archdiocese of Miami's website.

Laws, he said, are "meant to benefit, not to enslave, mankind," and the laws in the country, regarding immigration, are too "antiquated" and "inadequate" to deal with the problem.

"Outdated laws, ill adapted to the increasing interdependence of our world and the globalization of labor, are bad laws," the archbishop said.

Proposed changes, or laws, should consider human dignity and the national interest, he said, otherwise, "bad laws will be replaced by worse ones."

He mentioned Rosa Parks, as well as "patriots" who participated in the Boston Tea Party in 1773, as examples of those who opposed laws that didn't advance the common good. By refusing to sit in the back of the bus, Parks broke a law in 1955 requiring racial segregation on buses, and the Boston Tea Party participants protested taxation without representation.

Some laws, Wenski said, can even legally sanction an underclass and such was the case of the Jim Crow laws that segregated parts of the U.S.

"Our nation should not tolerate the emergence of a new underclass in our society composed of undocumented workers," he said.

And restrictive legislation focused solely on enforcement will only make matters worse, he added, while saying that money spent on border enforcement for the last two decades hasn't stopped the problem, instead "illegal immigration increased because the labor market demanded willing and able workers."

Businesses that abuse and exploit immigrants rely on their labor, he said, "and, in doing so, help fuel the growth of the American economy."

The preferable route is that they benefit from a reliable and legal work force, he said. Comprehensive immigration reform, he said, would legalize those already working in the U.S. without proper documentation, provide for industry's labor needs and allow border agents to chase after real criminals instead of chasing economic migrants

But some are too intent in calling attention to immigrants by name-calling and demonizing them, including labeling them "lawbreakers, equating them with terrorists intent on hurting us."

"However, these people, including DACA kids, only ask for the opportunity to become legal -- to come out of the shadows where they live in fear of a knock on their door in the dead of night or an immigration raid to their work place," he said, referencing youth brought to the U.S. illegally and who benefited from the Deferred Action for Childhood Arrivals program, known as DACA.

In September, President Donald Trump rescinded DACA and called on Congress to pass a measure by March to preserve it. Many are calling for passage of the proposed Development, Relief and Education for Alien Minors Act, or DREAM Act, to do just that.

"In any case, these migrants are not so much 'breaking the law'; they are being 'broken by the law,'" Wenski said.

Though some resent the Catholic bishops' advocacy on behalf of "illegals," he said, "we stand in a proud moral tradition."

"For this reason, we call upon the legislative branch of our government to seize the opportunity for a comprehensive fix to our broken immigration system," he said, and called for a "fix for the Dreamers," as DACA recipients are popularly known, and for a solution for Haitians and Central Americans facing deportation as the Trump administration ends the Temporary Protected Status program, known as TPS.

TPS is granted temporarily to migrants who come from countries that have experienced disruptions such as natural disasters, civil wars or other threats.

That "would be a good place to start," said the archbishop.

"At least it could show that the sky won't come falling down if some enlightened legislation is passed. It could inspire Congress to go further toward a more comprehensive reform," he said.