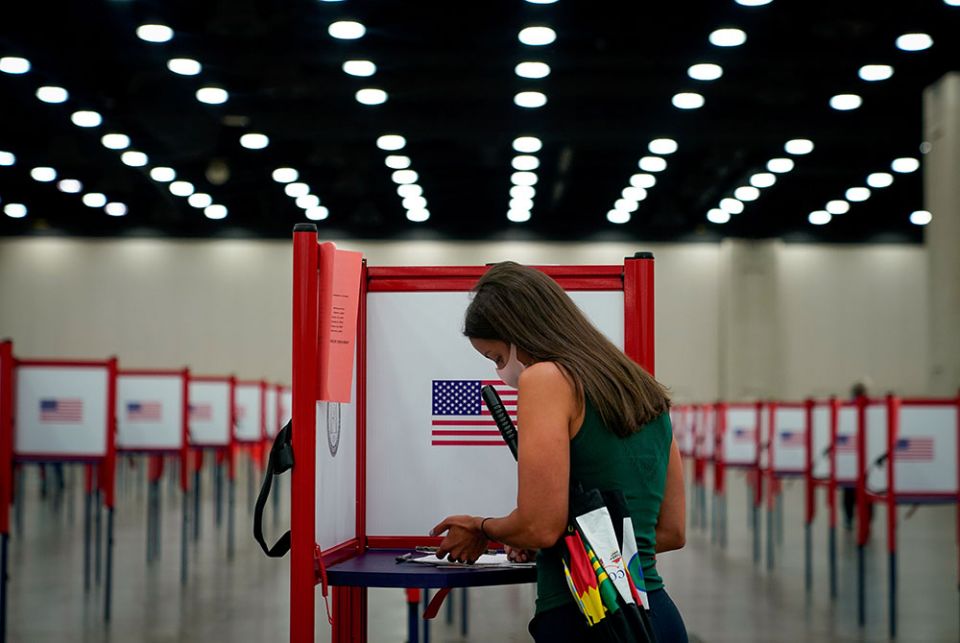 A woman in Louisville, Kentucky, votes during the primary election June 23, during the coronavirus pandemic. (CNS/Reuters/Bryan Woolston)

In a July open letter released ahead of the national party conventions, the Women-Church Convergence, a coalition of progressive, feminist Catholic organizations, urged Catholics to vote in November by listening to their consciences rather than their clergy.

"We're encouraging Catholics to search their own conscience and values and to reject the idea that the bishops or any male hierarchy speaks for you or the larger Catholic community," said Kate McElwee, executive director of the Women's Ordination Conference, which signed the letter, along with Catholics for Choice, the Association of Roman Catholic Women Priests and 12 other groups.

Women-Church Convergence provided a copy of the letter to NCR in advance of its release.

The initiative came out of a sense of "grief" over the economic crisis, the destructive path of COVID-19, and racial injustice across the country, the letter says. It calls on Catholic voters to "reject … bogus claims" that bishops speak for all Catholics, to vote for a "justice agenda" based on economic and social equality, and to work to protect the voting rights of others.

"We're encouraging Catholics to search their own conscience and values and to reject the idea that the bishops or any male hierarchy speaks for you or the larger Catholic community."
—Kate McElwee, Women's Ordination Conference

U.S. bishops have an outsized influence on how Catholic politics are perceived, and their views often don't align with those of the majority of Catholics, said Marianne Duddy-Burke, executive director of DignityUSA, a Catholic LGBTQ rights organization, which also signed the letter.

There are about 51 million Catholic adults in the U.S., according to the Pew Research Center. "Roughly equal shares of Catholic registered voters" identified as Democrats and Republicans, Pew reported.

Majorities of Catholics disagree with the church hierarchy on issues such as abortion, same-sex marriage, and contraception, according to Pew. 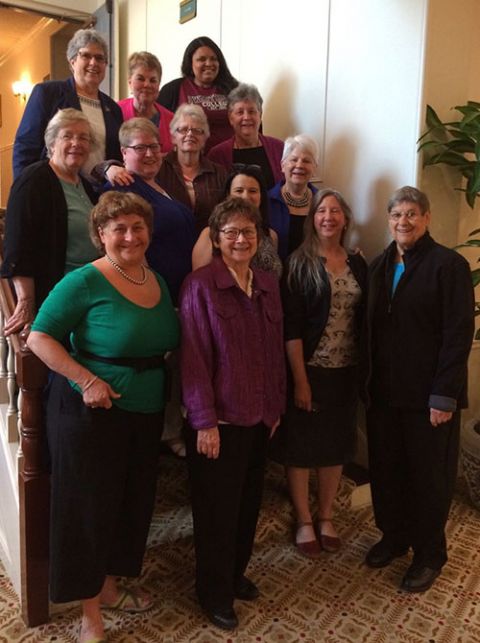 Duddy-Burke pointed to New York Cardinal Timothy Dolan, whose frequent praise of the Trump administration and participation in its events has drawn criticism from some women's religious orders as well as progressive Catholic groups. The letter also criticizes what it sees as the U.S. Conference of Catholic Bishops' single-minded focus on abortion.

The bishops' document on "Faithful Citizenship" leads with abortion and euthanasia as "preeminent threats to human life and dignity," and includes a passage that opposes same-sex marriage and equality for transgender people, as well as a defense of capitalist principles such as economic freedom and the right to private property. It also outlines the bishops' support of protections for workers, welcoming of immigrants, and affordable health care for all.

"We can't just say, 'Abortion [is] bad, so any candidate who supports women's access to reproductive health services violates Catholic teaching, and therefore you cannot vote for that person,'" Duddy-Burke said. "We think you really need to look at how people believe that our government needs to be in service to people on the margins of society."

The letter encourages Catholics to vote based on an "intersectional agenda of justice concerns," including immigration issues, women's rights and racial justice. 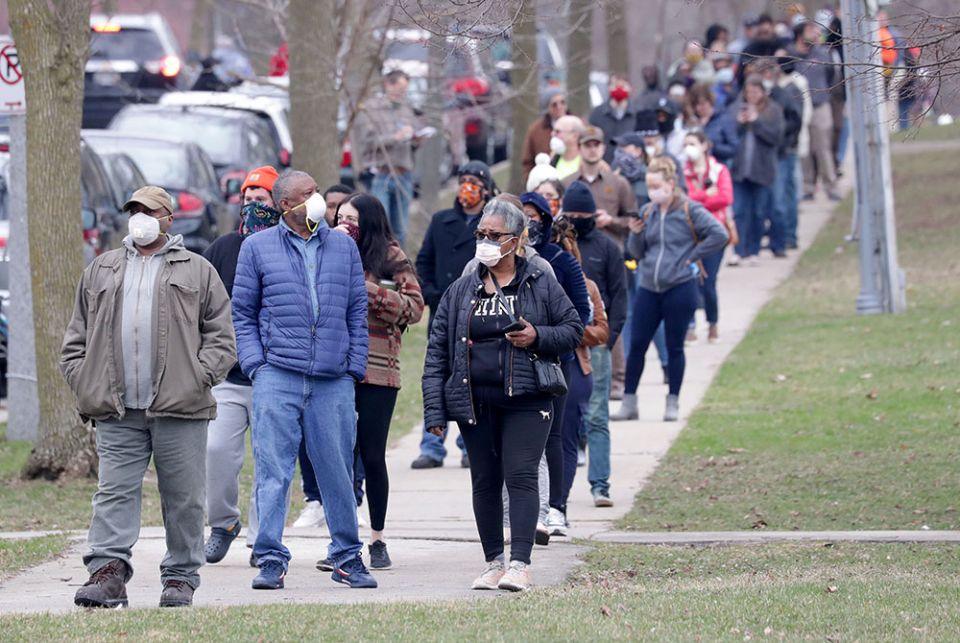 People in Milwaukee wait in a line near Riverside High School to vote in the presidential primary election April 7, during the coronavirus pandemic. (CNS/Milwaukee Journal Sentinel, USA Today Network via Reuters/Mike De Sisti)

Sara Hutchinson Ratcliffe, acting president of Catholics for Choice, said while her organization is mostly focused on reproductive rights and women's health care, people's economic stability, housing situations, immigration status and other factors influence the decisions they make around reproduction, which makes it important for her to consider a wide variety of concerns when voting.

"As individuals, we don't have the luxury of only doing one thing at a time," she said. "And as voters, we come to our decision about who to vote for or how to vote based on that collective intersection of all those different issues that matter to us and our communities."

The letter also encourages voters to focus on local and state elections, as well as national ones. Duddy-Burke said this is because while people often get excited about the "drama" of national races, local and state governments draft many of the policies that affect people's everyday lives.

Finally, the letter urges voters to protect the rights of other citizens to vote as well. Studies suggest that the Supreme Court's 2013 decision to rescind parts of the 1965 Voting Rights Act have led to a wave of more restrictive voter ID laws, polling place closures, and limitations on early and absentee voting that have made the right to vote less accessible, particularly for Black and Latino voters.

Duddy-Burke said she believes Catholic voters need to be aware of these barriers and help other voters exercise their right, by carpooling to the polls or participating in voter registration drives, for instance.

"We have to be very vigilant to not just be on the lookout for our own rights, our own privileges, but to understand that there are systemic campaigns happening to disenfranchise some people and that the same right we hold sacred is sacred for those people, too," she said.

McElwee said the Women-Church Convergence hopes to open up the letter to other Catholic and faith-based groups, as well as individuals, to sign ahead of the November election.

"November really is our opportunity to put our faith into progress, talk about what [it means] to be a moral nation," Duddy-Burke said. "And to elect leaders at every level from local communities to those who represent us on the international stage, who will carry the values that are important to us as women of deep Catholic faith."

[Madeleine Davison is an NCR Bertelsen intern. She can be reached at mdavison@ncronline.org]

What New York's dumpster divers can teach us about treasuring creation