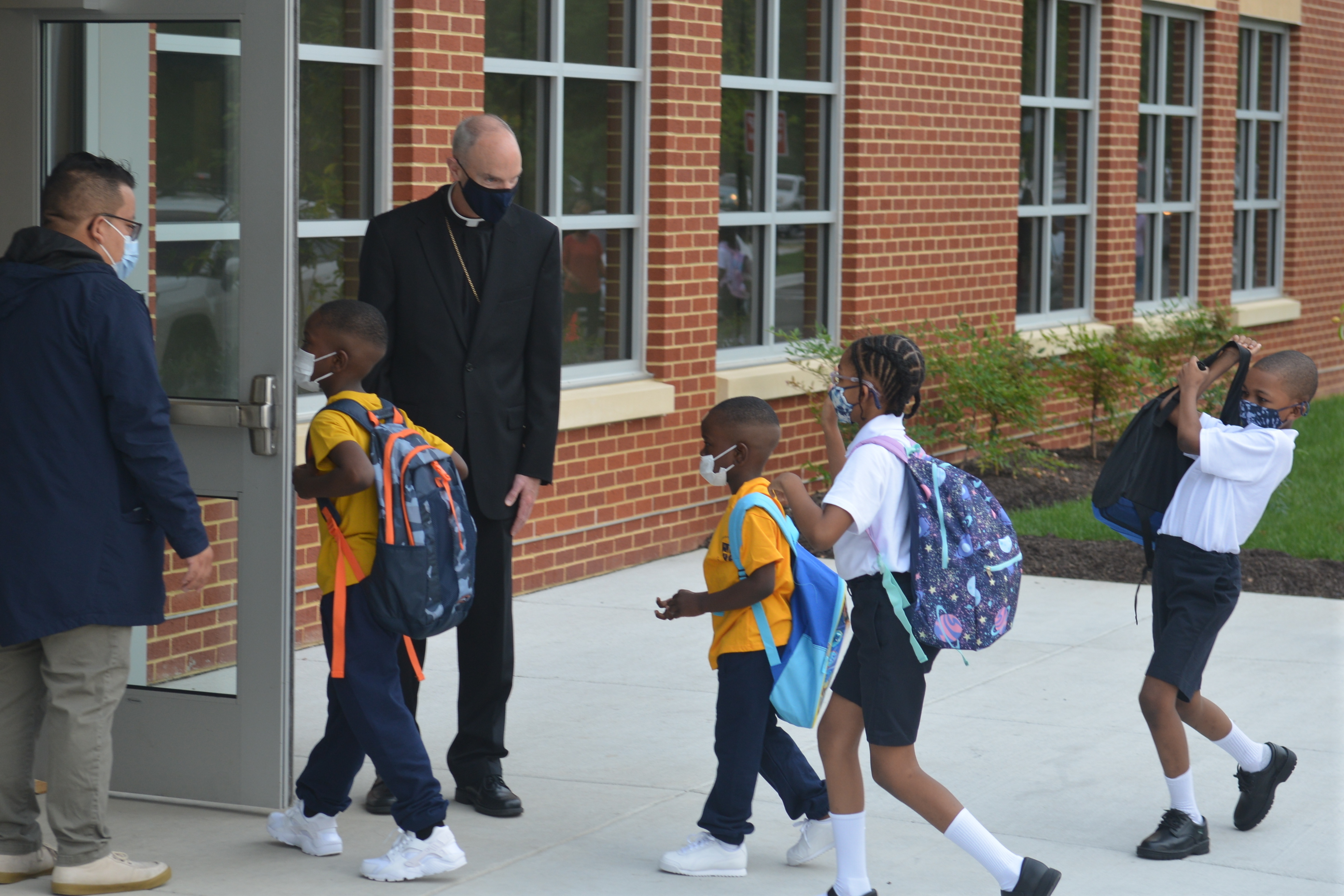 As last week's arguments in Carson v. Makin show, the U.S. Supreme Court seems to be more and more sympathetic to government funding of education at religiously affiliated schools. This is a good thing, but such funding should be focused on secular needs and expanding student bodies to include more low-income and minority students.

Before going any further, I acknowledge that, as a Jesuit, I have a conflict of interest on this issue.

The Jesuits have been running schools in this country since 1789, when Georgetown College, as the university was then known, was founded. The Jesuit Schools Network now includes more than 80 secondary and pre-secondary schools. (Full disclosure: My brother is the president of one of these schools, St. Ignatius Prep in San Francisco.) Another 27 institutions are members of the Association of Jesuit Colleges and Universities.

With the decline in vocations, there are hardly any sisters and priests to cheaply staff Catholic schools as they did for poor immigrants in earlier generations. Today, these schools are caught between paying adequate salaries to lay employees and charging tuition that makes the schools prohibitively expensive to families with low incomes.

As a result, without adequate funding, these schools will either close or only serve the well-to-do.

In the past, the Supreme Court made a clear distinction between colleges and earlier education. Postsecondary schools were allowed to receive government funding much more easily than schools educating children. Students in postsecondary education are judged to be mature enough to make their own decisions about religion.

Certain forms of government aid to primary and secondary schools have been judged constitutional by the courts — for example, paying for secular textbooks. Tuition tax credits for parents and tax credits for scholarship funds have also gotten the green light. The more secular the purpose and the more distant the relationship is from the school, the more favorable have been the courts.

In the past, the courts have allowed government funds for religious schools in certain limited cases, but in 2017 the Supreme Court changed the game by saying the state of Missouri could not deny funding to churches and other religious institutions for resurfacing playgrounds with rubber to protect children when such funding is available to all other nonprofit institutions.

Since Missouri’s constitution forbade such funding, many court observers believed the decisionput in doubt the constitutionality of the Blaine Amendment, which outlawed state funding of "sectarian" schools. The amendment was adopted in most states during the anti-Catholic hysteria of the 19 century when Catholic immigrants were flooding into the country. Today it is still in effect in about 37 state constitutions.

In 2020, the court knocked another hole in the amendment when it ruled that Montana could not provide tax credits for scholarship funds for private schools if it did not also allow them for religious schools.

In Carson v. Makin, the court is considering a case challenging the state of Maine, which pays for students to go to private schools when a public school is not available but will not pay for students in the same circumstances to go to religious schools. Most court experts believe the justices will decide against Maine.

Religious schools are on a winning streak, with a majority of the Supreme Court appearing to be on their side. But they should not get cocky.

Most religious people only think of their own schools when looking at these cases. They also need to think about how they would feel if one of their children were in a school run by another religion, because these rulings must apply to all religious schools equally.

For example, if you are Catholic, what if the closest school in Maine was a Muslim or evangelical Christian school? How would you want your child treated in that school?

At a minimum, a parent must be able to decide whether her child attends religion classes or services as part of the school day. In addition, the state has the right to make sure that the secular education of the children is at least as good as that in public schools. Catholic parents do not want their children taught creationism in science class.

On the other hand, if Catholic schools want state money, they should not discriminate against LGBTQ students or children of LGBTQ parents. LGBTQ teachers should be able to live their lives outside the school as they see fit without the threat of firing.

Those who support government funding of religious schools should focus on programs that are the least controversial and most secular.

Making such schools safe from fire, earthquakes and storms has nothing to do with religion — it is about protecting children. The same is true for school nurses. Lunches are religion-free (except for dietary restrictions, which should be respected). Everything needed for STEM education is religion-free.

History and literature are more complicated issues, as can be seen in the controversies that are turning public school board meetings into food fights. Here, religious schools will also need to be as fact-based and sensitive.

Schools should also make clear that religion classes and services are separately funded and accounted for. If 10% of class time is devoted to religion, then at least 10% of the school costs must come from nonstate sources.

But what religious schools need more than anything is something like the Pell Grants, which are available to low-income college students. Such a program would go a long way to socially and racially integrate private primary and secondary education so that it is not the exclusive preserve of the rich.

Most Catholic schools would jump at the opportunity to educate low-income students from racially diverse backgrounds. Many already do so at great cost.

Some people will object that educating children should be the exclusive domain of public education. My mother and sister were public school teachers who sent their children to Catholic schools. There is no contradiction between supporting both public and religious schools.

Progressives should not just wring their hands at Supreme Court decisions. They should start thinking about how to help religious schools be good educators by channeling aid in a way that is especially helpful for the poor and racial minorities. Progressives have a right to call for transparency and inclusivity. But the days of simply saying "no" are over.

At the same time, supporters of religious schools should bend over backward to respect the diversity of their students and parents.

A version of this story appeared in the Feb 18-March 3, 2022 print issue under the headline: Public funding of religious schools requires compromise.