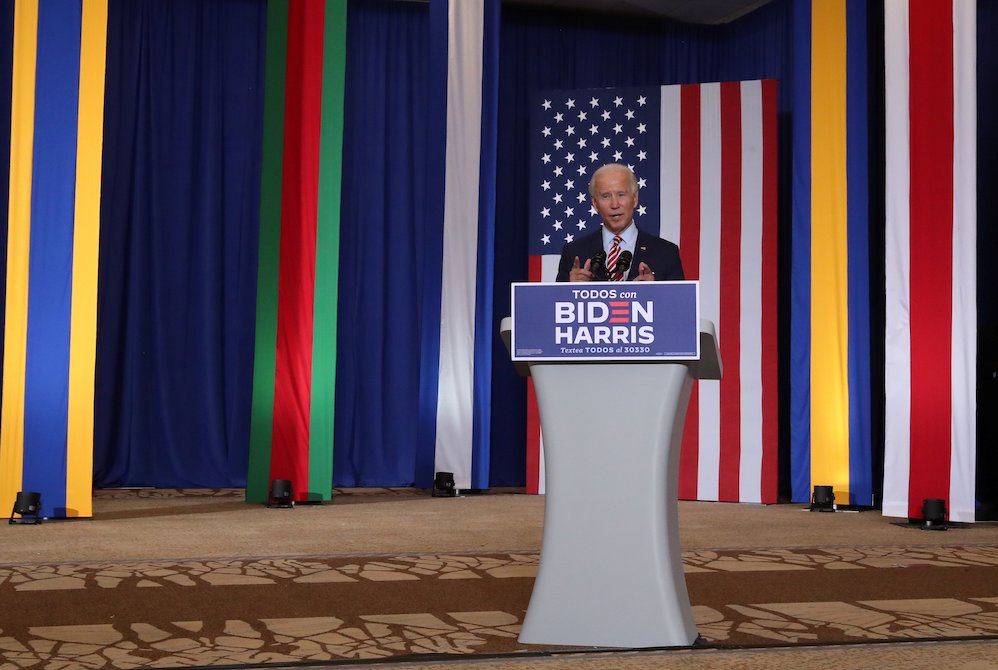 According to recent Pew Research Center polling, 59% of white Catholics say they're voting for Trump, with 40% supporting Biden. Hispanic Catholics shift the other direction, favoring Biden 65%.

Ninety-two percent of Black Protestants say they're voting for Biden, and as for Trump, 83% of white evangelicals say they're either voting for him or leaning in his direction.

Elizabeth Podrebarac Sciupac, senior researcher at Pew, said the data also was consistent with exit polls from 2016. "Those might not be too surprising for anyone following these trends," she observed.

Trump voters appear to be more deeply motivated. About two-thirds of white evangelicals say "their vote for [Trump] is a true vote for him" and not just a vote against Biden, Sciupac said.

While the economy led all concerns, closely related to abortion is the issue of the appointment of Supreme Court justices — a bigger issue for white Catholics (69%), closely followed by white evangelicals (67%), Hispanic Catholics (64%) and Black Protestants (58%). 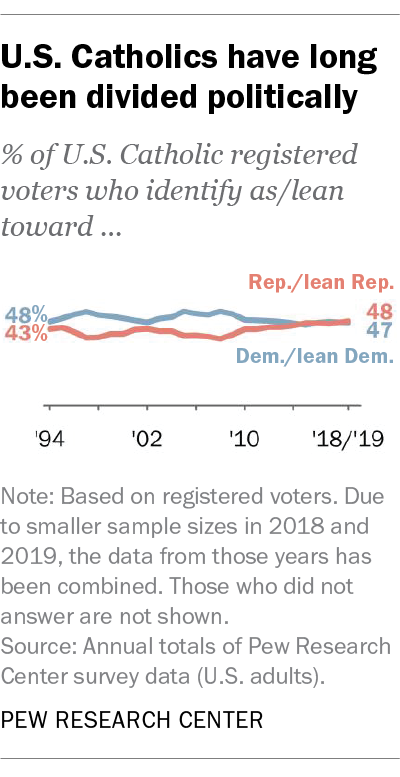 Biden, by contrast, "doesn't have to do much to remind people he's Catholic. He is Catholic. He crosses himself, he makes these religious allusions, and Donald Trump wants to say, 'But he's not really a Christian.' "

Cannon pointed out, "Trump knows, at least his campaign knows, strongly religious Christians favor the Republican Party," and further, "knows that devout Catholics back him."

From that standpoint, he said, the bad news for Biden is, even though that group identifying as "devout" — daily Mass attendance, regular recitation of the rosary — may be a minority of Catholics, "they're the most motivated voters."

But Trump's campaign, in her view, is doing the better job with voters who identify as religious, hammering home the message "that this man is going to defend you. Either in court, or with policies. "He's truly lived up to his promises of the last four years on issues such as religious freedom," Dallas said.

Faith outreach "probably played a big role on why Biden is the nominee to begin with," said Jack Jenkins, a national reporter for Religion News Service. After hiring an outreach director specifically to address Black Protestants, "it's why he won resoundingly" in the South Carolina primary, which made him the presumptive nominee long before the Democratic National Convention.

Biden's "faith as a person" is something likely to be "trumpeted" until Election Day, he predicted.

"We've never had a president quite like this president when it came to his own personal faith journey," Cannon said. "This is a guy who said he doesn't forgive his enemies. He said that recently at the National Prayer Breakfast. Think about that for a minute."

The Republicans, as a result, aren't trying to portray Trump as a man of faith, but rather are saying to evangelicals and conservative Catholics, "he's your champion," Cannon said.

"I would make the argument, based upon the data we see ... that race and ethnicity probably factor more into how they view this particular situation more than faith," said Eugene Scott, a political reporter for The Washington Post. "Race and ethnicity are often the prime way of how people engage with politics rather than their faith."

"From evangelicals," he added, "you could conclude that 90% of people make their decision based on abortion, and we know that's not true."

"I would argue that character, perhaps, is one of the biggest issues on the ballot right now," Scott said.

The panel discussion was part of "What's Faith Got to Do With It? Reporters on Faith and Faithful in the 2020 Presidential Election" sponsored by Georgetown's Initiative on Catholic Social Thought and Public Life.