by Christopher White
Politics
This article appears in the Inauguration 2021 feature series. View the full series. 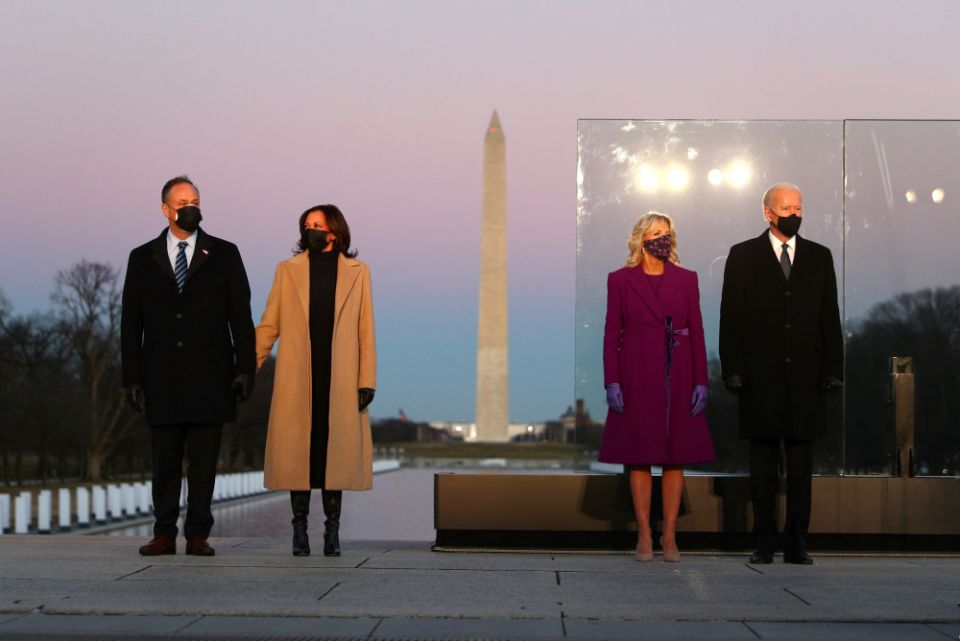 In 1961, when John F. Kennedy was inaugurated as the nation's first Catholic president, Boston Cardinal Richard Cushing began his invocation "in the name of the Father, and the Son and the Holy Ghost."

Should Jesuit Fr. Leo O'Donovan choose to begin his invocation with the same trinitarian formula for the inauguration of the nation's second Catholic president, he'll likely use the now more common phrase "Holy Spirit" to begin his prayer.

And given his tendency to do so even when he's not in prayer, Joe Biden will almost certainly make the sign of the cross at the beginning and end of O'Donovan's prayer.

In the roughly 48-hour period of Biden's inaugural events, there will be no shortage of Catholic signs and symbolism. Some were already on display upon Biden’s arrival in the nation's capital Jan. 19.

At his first formal inaugural event, Biden was joined by his new local pastor, Cardinal Wilton Gregory, the archbishop of Washington, for a memorial service to commemorate the 400,000 American lives lost to the COVID-19 pandemic. The memorial, which took place at the reflecting pool of the Lincoln Memorial and included the participation of hundreds of cities and landmarks across the country that were illuminated for the occasion, marked the first nationwide event to mourn those who have died from COVID-19 and took place less than a week after the global death toll exceeded 2 million.

"Our sorrow unites us to one another as a single people with compassionate hearts," Gregory prayed. "May our prayer strengthen our awareness of our common humanity and our national unity at a time when harmony is a balm that seeks to comfort and strengthen us as a single people facing a common threat that is no respecter of age, race, culture or gender." 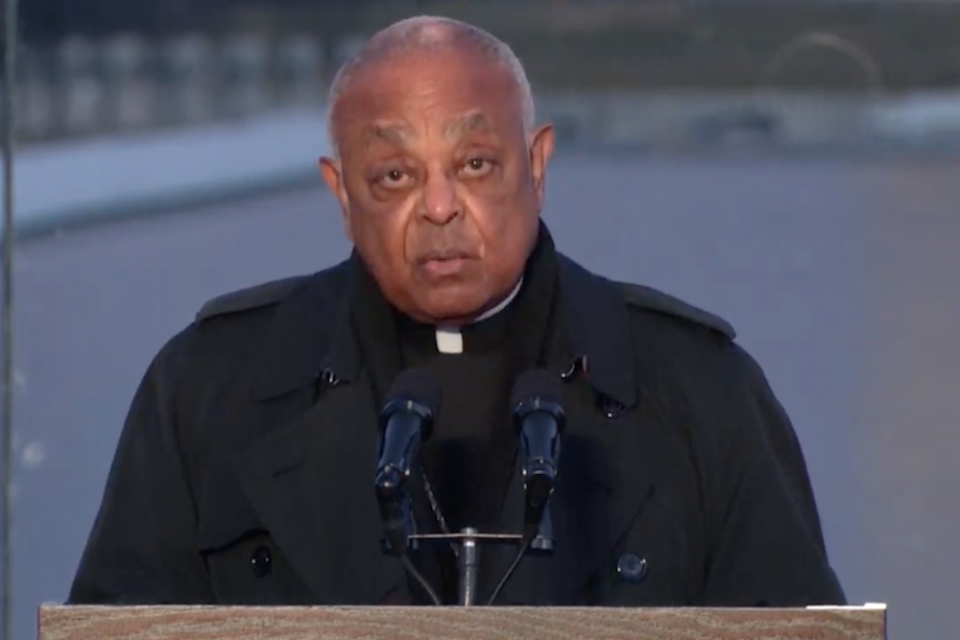 Cardinal Wilton Gregory, the archbishop of Washington, speaks in front of the Washington Monument Jan. 19 at a memorial to honor those who died of COVID-19. (NCR screenshot)

Gregory, who was made a cardinal by Pope Francis in November, may have come bearing a special gift for Biden. In an interview with late night host Stephen Colbert in December, Biden revealed that the cardinal had recently called to congratulate him on his election win and that Francis had sent a signed copy of his new book, Let Us Dream, for him via Gregory upon his return from Rome.

Prior to heading to the U.S. Capitol for his swearing in on Jan. 20, Biden will join his family and friends for a private Mass at the Cathedral of St. Matthew the Apostle, a church named in honor of the patron saint of civil servants where the annual Red Mass for lawyers and judges takes place each fall at the beginning of the Supreme Court term. 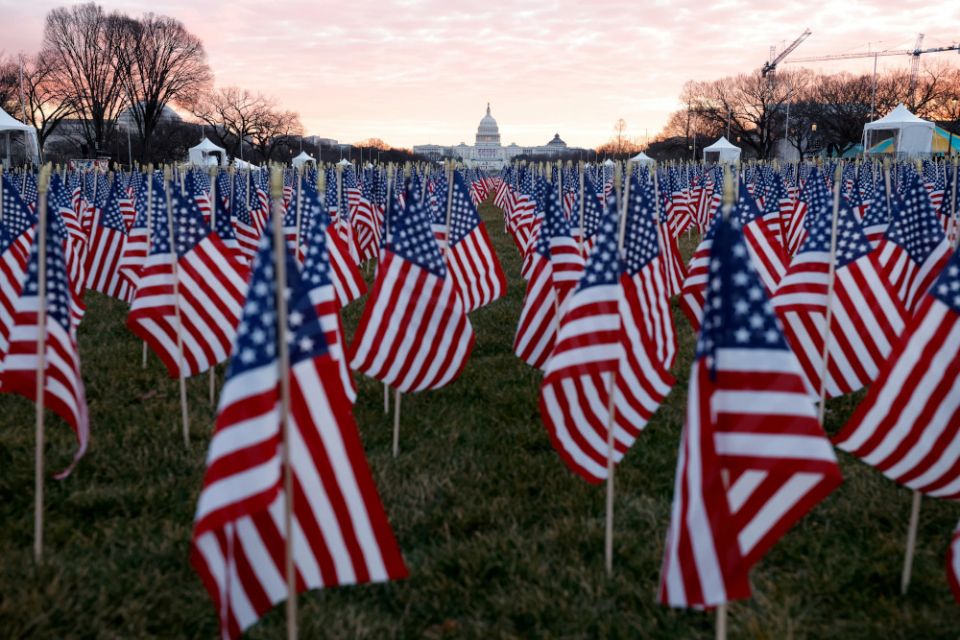 Thousands of U.S. flags are seen on the National Mall Jan. 18 in Washington. They represent the people who are unable to travel to the presidential inauguration. (CNS/Reuters/Carlos Barria)

While the National Mall will be empty of its usual crowd of thousands of onlookers due to security concerns following the violent Jan. 6 insurrection, at the official inauguration ceremony, along with O'Donovan, Biden will be joined on the dais by a number of Catholics, including Pelosi. When Biden takes the Oath of Office from Chief Justice John Roberts on his family's massive 1893 Bible — which belonged to his father and has been used for all of his past swearing in ceremonies — it will mark the first time a Catholic chief justice of the United States administers the oath to an incoming Catholic president.

Music for the inauguration will be provided by fellow rosary praying Catholic, Lady Gaga, who will sing the National Anthem, and Jennifer Lopez, who was raised Catholic.

The #InaugurationDay ceremony lineup is here! 🥳

After a stacked day of inaugural celebrations, Biden will begin his first full day on the job with the traditional prayer service at Washington National Cathedral. Among the attendees at the ecumenical service will be Daughter of Charity Sr. Carol Keehan, the former head of the Catholic Health Association who was a major force behind the passage of the Affordable Care Act, and Missionary of Jesus Sr. Norma Pimentel who runs one of the church's most lauded outreach centers to migrants and refugees at the U.S.-Mexico border.

In 2015, ahead of his visit to the United States, Francis spoke to Pimentel in a livestreamed event and said "I love you all very much," referring to the work of nuns throughout the country — expressing a sentiment very much matched by Biden.  Educated by religious sisters as a young Catholic school boy in Delaware, Biden has once again asked them to be by his side as he begins his first day as president of the United States.