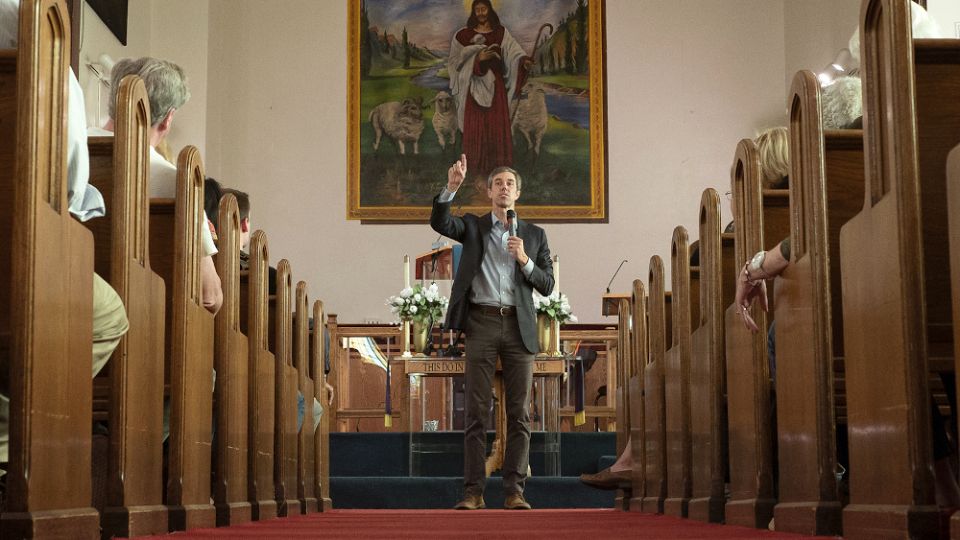 Washington — A comment last week by candidate Beto O'Rourke that churches and faith-based institutions should lose their tax-exempt status if they don't support same-sex marriage has brought criticism from two of his rivals for the Democratic presidential nomination.

At least two other Democratic White House hopefuls have rejected the former Texas congressman's proposal, arguing that houses of worship should retain their status regardless of their beliefs on the matter.

The question came up during O'Rourke's appearance at last week's LGBTQ candidates forum in Los Angeles. Asked by CNN host Don Lemon if houses of worship or faith-based groups should lose their tax-exempt status if they fail to support same-sex marriage, O'Rourke said yes.

"There can be no reward, no benefit, no tax break for any institution or organization in America that denies the full human rights and full civil rights of every single one of us," he said on Thursday (Oct. 10).

On an appearance Sunday on CNN's "State of the Union," South Bend, Indiana, Mayor Pete Buttigieg was the first to reject O'Rourke's proposal publicly. Buttigieg said that while he supports anti-discrimination laws, he doesn't support cutting the tax-exempt status of religious institutions.

"I'm not sure (O'Rourke) understood the implications of what he was saying," said Buttigieg, an Episcopalian who is married to a man. "That (policy) means going to war not only with churches, but I would think, with mosques and a lot of organizations that may not have the same view of various religious principles that I do.

"So if we want to talk about anti-discrimination law for a school or an organization, absolutely they should not be able to discriminate. But going after the tax exemption of churches, Islamic centers, or other religious facilities in this country, I think that's just going to deepen the divisions that we're already experiencing."

Buttigieg added that the proposal also felt poorly timed, given that it was suggested "at a moment when we're actually seeing more and more people, motivated often by compassion and by people they love, moving in the right direction on LGBTQ rights, which is obviously extremely important to me personally." 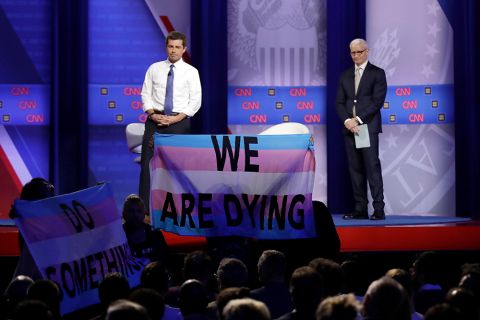 In a statement to Religion News Service on Sunday, Elizabeth Warren's campaign also pushed back on O'Rourke's remark.

"Religious institutions in America have long been free to determine their own beliefs and practices," the statement said, "and she does not think we should require them to conduct same-sex marriages in order to maintain their tax exempt status."

The statement added, "Elizabeth will stand shoulder to shoulder with the LGBTQ+ community until every person is empowered and able to live their life without fear of discrimination and violence."

O'Rourke discussed his proposal further on MSNBC Sunday evening, appearing to amend his initial remarks by stating that "the way that you practice your religion or your faith within that mosque or that temple or synagogue or church — that is your business, and not the government's business."

But O'Rourke stressed his proposal still applies to religious institutions that provide services, arguing that while religious people "are free to practice (their) faith as they best see fit," U.S. citizens "are not allowed to discriminate against people in this country."

He also argued there was precedent for his idea, pointing out that Bob Jones University had its tax-exempt status revoked in the 1970s by the Internal Revenue Service — a move backed by a 1983 Supreme Court decision — for denying equal treatment and enrollment to African Americans.

Both Warren and Buttigieg have discussed the importance of faith in their own lives in recent days. Warren, a Methodist, sang a verse from the children's hymn "Jesus loves the little children" during her appearance at a recent forum on LGBT issues, saying that the song's message embodies a faith that centers the "preciousness of each and every life" — including LGBTQ people.

Buttigieg, for his part, said at the forum that when religion is used to oppress people, it "makes God smaller."