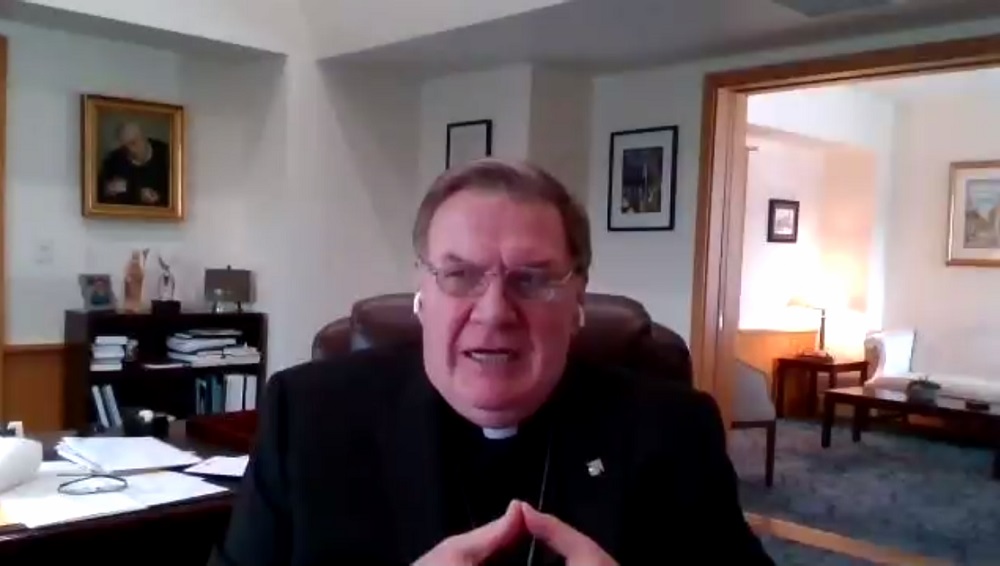 Cardinal Joseph Tobin of Newark speaks during a Sept. 15 webinar on "The Church and Catholic Voters in the 2020 Election." (NCR screenshot)

In response to a question echoing recent controversial statements by clergy and others as to whether Catholics can vote for Democratic presidential candidate Joe Biden in good conscience, Cardinal Joseph Tobin of Newark, New Jersey, indicated on Tuesday that he was personally more vexed by the prospect of voting for President Donald Trump.

"I think that a person in good conscience could vote for Mr. Biden," said Tobin. "I, frankly, in my own way of thinking have a more difficult time with the other option."

The New Jersey cardinal's remarks came during a Sept. 15 panel discussion co-sponsored by the Boston College's Boisi Center for Religion and American Public Life, Trinity College's Greenberg Center for the Study of Religion in Public Life and St. Anselm College's New Hampshire Institute of Politics on "The Church and Catholic Voters in the 2020 Election," moderated by Boisi Center director Fr. Mark Massa.

Tobin went on to call voting a "sacred act" and rejected the idea that Catholics must cast their votes based on a candidate's position on a single issue.

"I don't think that we can reduce [it], at least in the current panorama of issues, to how a candidate stands on a single issue," he said.

The cardinal went on to challenge key planks of both the Republican and Democratic platforms, noting that one party seeks to "remove the unborn child from the moral equation" and the other party fails to treat migrants with human dignity by taking "away their faces, their significance."

"If we hide those who are most affected by our moral choices then we can do heinous things," he warned.

Panelist Cathleen Kaveny, a professor of law and theology at Boston College, said that competence and character were two major requirements for office and that "you need both."

"Character is a type of competence. It's a moral competence. It's a moral ability to be able to weigh in a prudential manner the competing goods that are at stake in any complicated decision and not put too much emphasis on self-interest or one's own financial gain or the gain of one's allies or voters, but to really focus on and be concerned about common good, including, I think for leadership in this country, the good of those who did not vote for you," she continued.

"One of the problems is we're losing the sense that the president is the president of the entire country, not just the people who voted for him or her," said Kaveny.

Both Kaveny and Tobin referenced an article published by NCR in February by Bishop Robert McElroy of San Diego, in which he argued that character is a "particularly compelling criterion" given the current divisions facing the country. 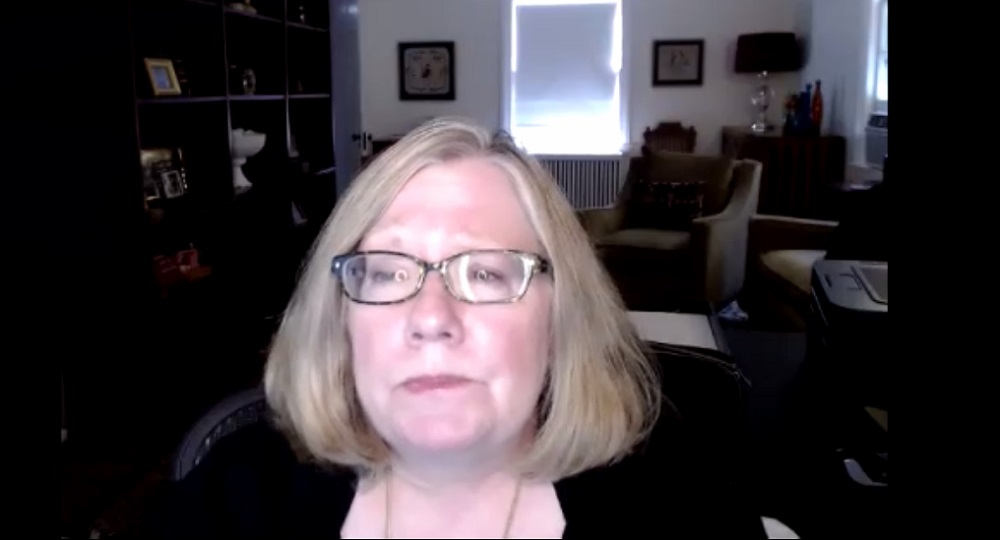 Cathleen Kaveny, a professor of law and theology at Boston College, said Americans usually vote for a person, not an issue or list of results. (NCR screenshot)

NCR political columnist and panelist Michael Sean Winters told viewers that one of the current problems when it comes to discussing the Catholic vote and the election is the way in which some bishops have embraced political talking points over church teaching.

He cited the recent vote by the U.S. bishops to describe abortion as the "preeminent priority" facing the country in the letter prefacing "Forming Consciences for Faithful Citizenship," the official voting guide put out by the bishops' conference every four years.

During the discussion on the guide in November 2019, "one of the bishops said 'We're so close on the Supreme Court to being able to overturn Roe v. Wade,' " the 1973 decision to legalize abortion, Winters recalled.

"There's nothing in church teaching about close or not close on the Supreme Court," he went on to say. "It's that kind of political punditry that has begun to affect the way the bishops speak about Catholics involved in the political life of the nation."

Winters also cited the rise of special interest groups, be it those working on pro-life causes or anti-poverty initiatives, that he believes have had a corrosive effect on the way in which church leaders discuss political issues.

Despite perhaps having common cause with certain groups, they "are not charged with teaching on behalf of the church. They're trying to get stuff done," said Winters. "I think it behooves the bishops to really take a step back and say, 'We have to teach what the church teaches.' "

Tobin also weighed in on the recent adaptation of the language of "preeminent priority," and in particular, the recent comments by some U.S. bishops who reported that Pope Francis allegedly backed their use of such language.

"Much like the proof texting that goes on with the word of God, it can be marshalled to support all sorts of diametrically opposed positions," said Tobin, adding that it should come as no surprise "when the poor successor of Peter gets pulled into it that way."

"Pope Francis, and like Pope Benedict [XVI], places a great premium on the act of discernment, meaning that things are not immediately self-evident," he said. "I think that he would encourage people to make their political decisions in the light of their faith and not try to use a pope as a sort of prop to their own moral discernment."

"He's a teacher, not a prop, and I don't think a teacher gets pulled into these very unhelpful reductions," said Tobin.