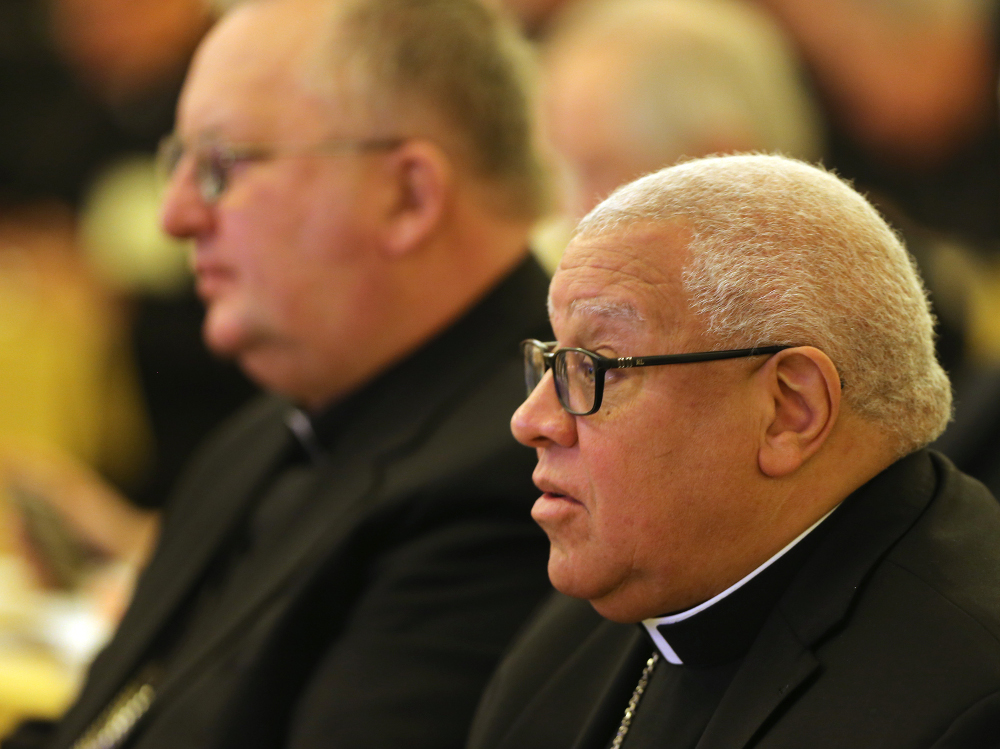 The head of the U.S. Catholic bishops’ anti-racism task force told his colleagues that racism “lives in a particular and pernicious way” in the United States.

“Christ wishes to break down the walls created by the evils of racism,” Bishop George Murry of Youngstown told the bishops on Monday (Nov. 13) as they gathered in Baltimore for their annual November meeting.

“Racism still exists and has found a troubling resurgence in recent years,” he said, noting the “white supremacists and neo-Nazis [who] marched with hate-inspired messages in Charlottesville, Virginia,” in August.

“The hatred that is often in hiding for some was on full display,” said Murry, who is African-American.

Murry is chair of the U.S. Bishops Ad Hoc Committee Against Racism, which was established after Charlottesville by Cardinal Daniel DiNardo, archbishop of Galveston-Houston and president of the U.S. Conference of Catholic Bishops (USCCB).

Without naming names, Murry acknowledged that “some leaders and institutions within the Church have, at times, been part of the problem or failed to live up to our teaching in resisting racism.”

“But the Church as an institution and Catholics in all walks of life have also dedicated themselves, arm-in-arm with many others, to rooting out racism throughout the years,” he said.

He recalled the 1979 pastoral letter, “Brothers and Sisters to Us,” where the U.S. Bishops wrote: “Racism is a sin: a sin that divides the human family, blots out the image of God among specific members of that family, and violates the fundamental human dignity of those called to be children of the same Father.”

Since its creation in August, the Ad Hoc Committee has worked with the USCCB staff to produce resources to assist in preaching and teaching against racism, some of which is available on the USCCB website.

The committee is also planning a national ecumenical and interfaith convening to take place in 2018, reported Murry. “This event is meant to begin a series of listening sessions and dialogues about racism within and outside of the Church, including its roots and impacts — spiritual and civil, individual and structural.”

Murry also reported meeting with members of Congress and their staffs to “learn about the work that is already being done, as we consider ideas about how best to go forward.”