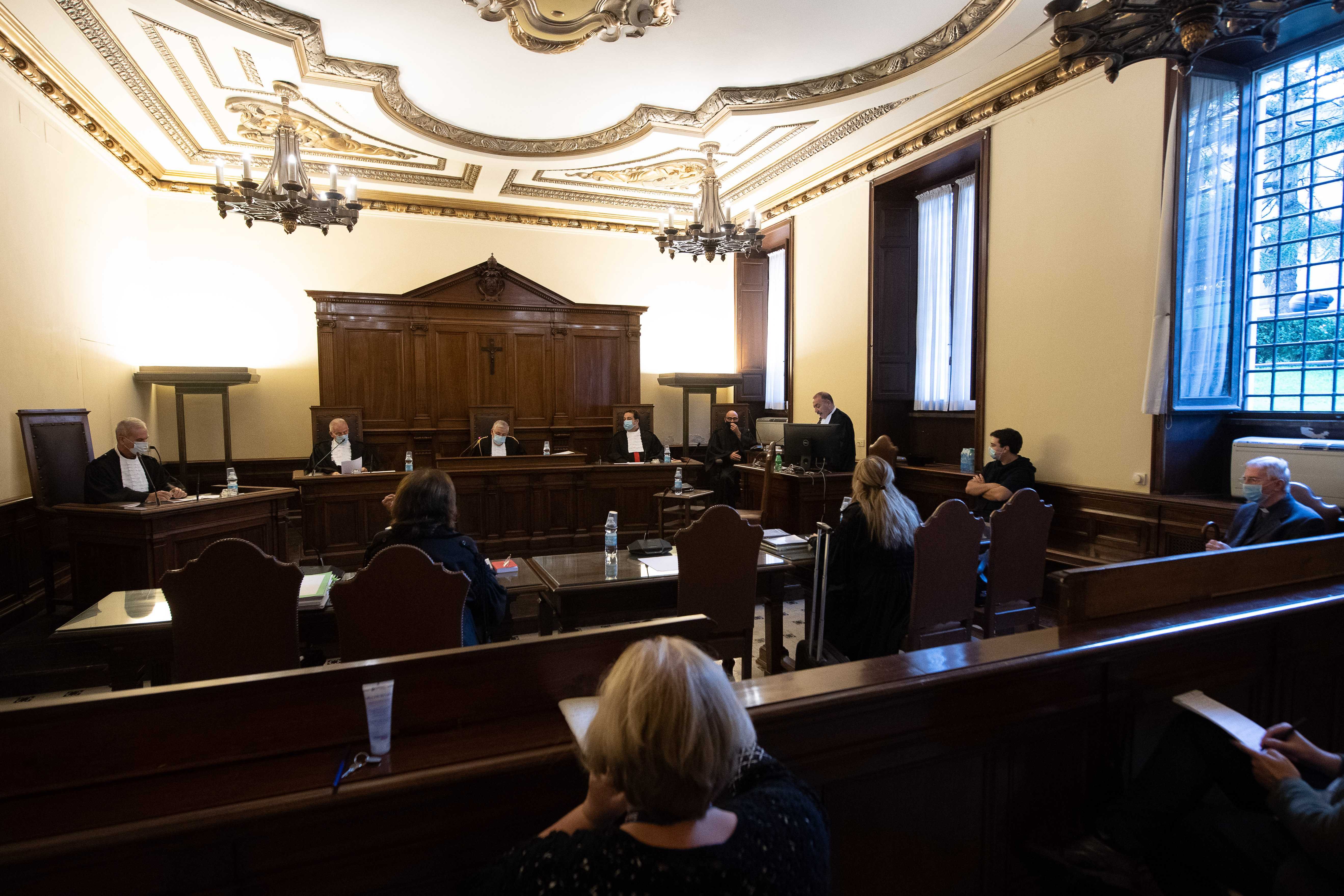 A former student at the St. Pius X Pre-Seminary in the Vatican said he witnessed "dozens" of instances of abuse at the minor seminary.

Taking the stand at the Vatican City State criminal court March 26, Kamil Jarzembowski, the former student, said he saw Fr. Gabriele Martinelli, who at the time was a student at the seminary, enter the dormitory room he shared with L.G., the student Martinelli is accused of abusing.

The abuse was said to have occurred between 2007 and 2012. Although both were under the age of 18 when the abuse apparently began, the court accused the priest of continuing to abuse the younger student when Martinelli, not yet a priest, was already 20.

In a 2017 television interview, Jarzembowski was the first former student to speak publicly of abuse at the seminary.

During the trial, Jarzembowski repeated the claims he made on the television program, telling the Vatican court that Martinelli was known in the seminary as the "protégé" of Msgr. Enrico Radice, the former rector of the seminary, and used his connection to exercise power over other students.

"Even stones knew that if you went against Martinelli, you went against Radice," Jarzembowski told the courtroom. He also claimed that after speaking about the abuse with Cardinal Angelo Comastri, former archpriest of St. Peter's Basilica, he was dismissed from the minor seminary.

Radice also is standing trial and is accused of hindering the investigation into the abuse allegations, including by lying to Vatican investigators in 2018 when he affirmed with absolute certainty that he had no knowledge of sexual acts ever taking place at the seminary while he was rector.

Bishop Vittorio Lanzani, then-deputy to Comastri, also took the stand at the trial and confirmed that he was informed by Jarzembowski about the abuse at St. Pius X in 2012.

"I was astonished and suggested that he report everything to Cardinal Comastri," Lanzani said. "I sent him to the cardinal once, introducing him by saying, 'Your Eminence, these are very serious facts that you must hear about because they are within your competence.'"

Comastri, he added, informed then-Archbishop Angelo Becciu, who at the time served as "sostituto," the No. 3 position in the Vatican Secretariat of State.

According to Lanzani, Becciu ordered Martinelli to be removed from the minor seminary and that Radice be replaced.

The bishop also said Jarzembowski introduced L.G. to him and that although the student was shy when speaking about what happened to him, it was clear he was referring to sexual acts.

When asked why he reported the allegations to Comastri and not the Vatican police, Lanzani said it was a "delicate matter" and "an internal matter."

"The first thing I did was to talk to the cardinal; I didn't think of the gendarmerie," he said. "Ten years ago, the precise norms, like those Pope Francis introduced, were not there."