No, Speaker Pelosi was not heckled out of Mass in Rome 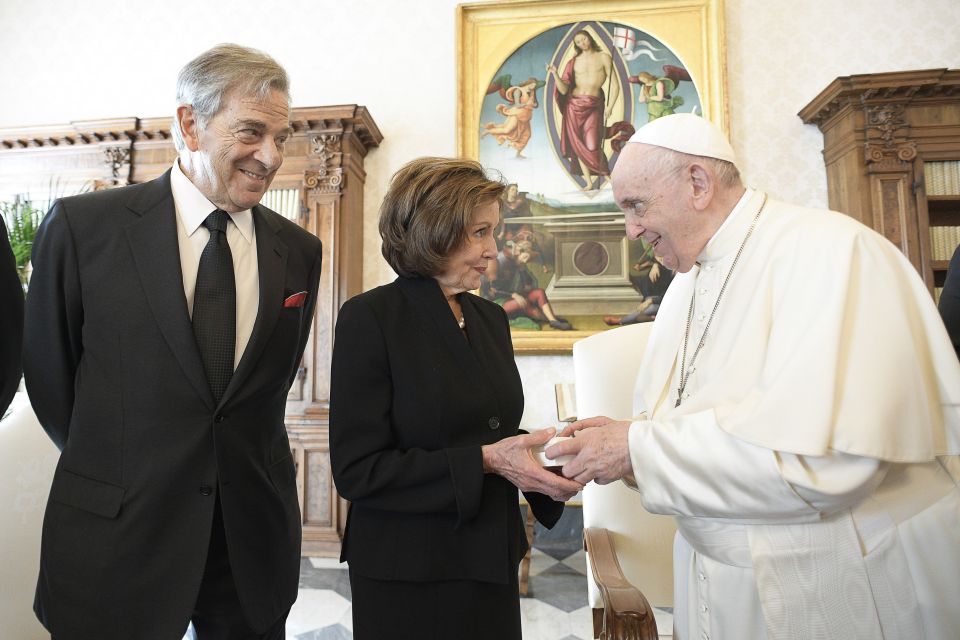 ROME — U.S. Speaker of the House Nancy Pelosi was not heckled while attending Mass in Rome on Oct. 9, despite a now viral social media report falsely claiming she was forced to leave after being jeered.

According to a spokesperson for Pelosi, Italian government officials made the decision to remove the speaker and her husband from the premises of St. Patrick's Church in Rome's historical center after a nearby anti-vaccination protest turned violent.

Pelosi has been in Rome since Oct. 7 and had met with Pope Francis in a private meeting earlier in the day.

Fr. Steve Petroff, pastor of St. Patrick's, also confirmed that Pelosi's departure was due to nearby violence and told Washington Post reporter Chico Harlan that "there was no heckling."

In a video of the 6 p.m. vigil Mass on Saturday posted on the parish's Facebook account, Petroff told Mass attendees that Pelosi had originally been scheduled to do the second reading during the Mass.

He said it was unfortunate that she had to leave but that "her safety is the most important."

"Speaker Pelosi was a welcomed guest at St. Patrick’s," wrote Petroff in a follow-up email to NCR, "and we hope to see her again the next time she is in Rome."

Vatican | No, Speaker Pelosi was not heckled out of Mass in Rome

More than 6.6 million attended Vatican events with Pope Francis in 2013

Indictments for Vatican financial crimes a sign of progress