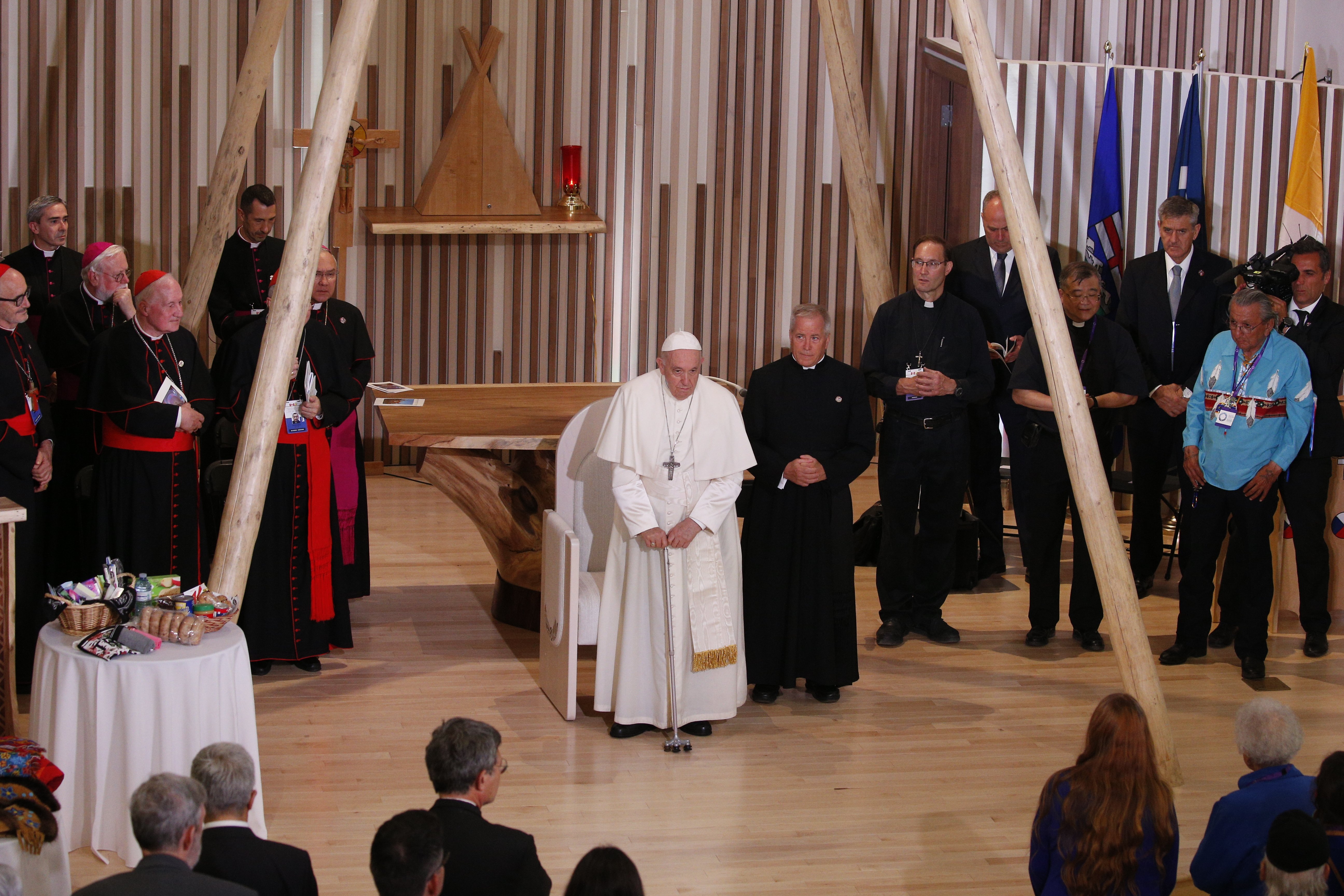 EDMONTON, Alberta — Just hours after Pope Francis begged pardon for the Catholic Church's shameful treatment of Indigenous peoples in Canada's abusive residential school system, the pope directed his attention specifically to Catholic worshippers, saying that all churches should be respectful of different cultures and "open and inclusive."

The church, said Francis, "is and always should be — not a set of ideas and precepts to drill into people, but a welcoming home for everyone. He added that only then will true reconciliation be possible among church leaders and those wounded by the church's failures.

The pope's remarks came in the early evening on July 25 at the Sacred Heart Church of the First Peoples in the heart of Edmonton, Alberta, the only dedicated Indigenous Catholic parish in Canada.

Earlier in the day, Francis had offered an historic apology on Canadian soil for what he described as the church's part in the "cultural destruction" of the country's Indigenous peoples. As he continued his weeklong tour of Canada, the pope sought to outline the necessary conditions for the long road ahead for reconciliation with a population that the church has historically marginalized and treated with suspicion.

"This place is a house for all, open and inclusive, just as the church should be, for it is the family of the children of God, where hospitality and welcome, typical values of the indigenous culture, are essential," Francis said to some 150 parish members gathered inside the church.

As the pope arrived, he was greeted by traditional drummers and was welcomed by Indigenous singers, in a prayer service meant to highlight the church's diverse membership and commitment to incorporating elements of Indigenous spirituality.

Throughout his papacy, Francis has sought to emphasize that the global church should respect and learn from other cultures and not be afraid of the inculturation of their traditions in Catholic liturgy and worship.

At Sacred Heart, a parish newly reopened after an accidental fire in 2020, the pope specifically highlighted the installation of a new tabernacle built underneath a teepee and an altar made in the shape of a root ball (or tree base).

"You, my dear indigenous brothers and sisters, have much to teach us about the symbolism and vital meaning of the tree," said Francis. "It is impressive to see how the symbolism of the tree is reflected in the architecture of this church, where a tree trunk symbolically unites the earth below and the altar on which Jesus reconciles us in the Eucharist in 'an act of cosmic love' that 'joins heaven and earth, embracing and penetrating all creation.'"

The pope went on to quote the words of Pope John Paul II who, when visiting Canada in 1984, said that "Christ animates the very center of all culture. Thus, not only is Christianity relevant to the Indian people, but Christ, in the members of his Body, is himself Indian."

Fr. Mark Blom, the associate pastor of Sacred Heart, who built the new tabernacle by hand, told NCR ahead of the pope's visit that while parishioners were enthusiastic about Francis' trip, he recognized that many others outside of the church will experience anger and hurt, given the institutional church's historical record.

In order to make that reconciliation possible, Blom said he wants the parish to become a permanent venue for bringing together people to hear the experiences of Indigenous peoples and provide "encounters for people's chemistry to be forever changed."

On July 25, as Francis concluded his first full day in Canada, the pope offered his own instructions for both the parish, and the broader Catholic Church, saying "this is the way: not to decide for others, not to pigeonhole everyone within our preconceived categories, but to place ourselves before the crucified Lord and before our brothers and sisters, in order to learn how to walk together."

"That is what the church is, and should always be." 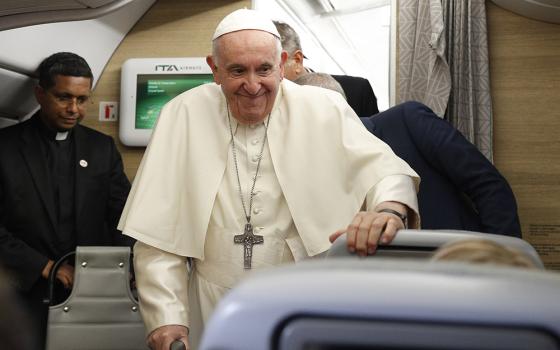