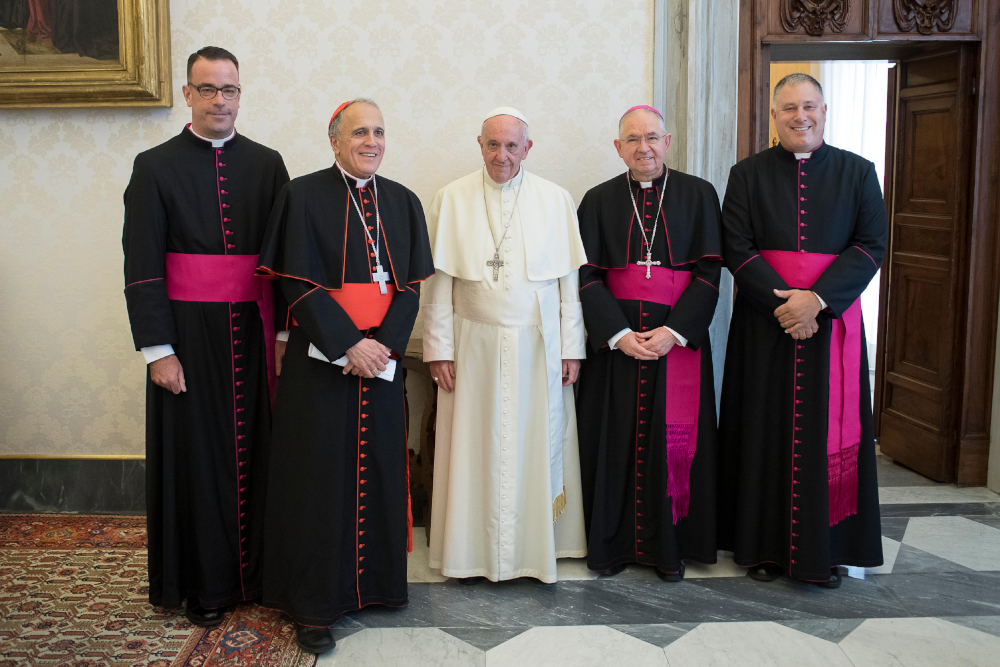 Msgr. Jeffrey D. Burrill, a priest of the Diocese of La Crosse, Wisconsin, is the new general secretary of the U.S. Conference of Catholic Bishops.

He was named to a full five-year term in the position after the result of voting by the bishops was announced during the first day of the conference's annual fall general assembly Nov. 16. He has been the conference's associate general secretary since March 1, 2016.

Burrill succeeds Msgr. J. Brian Bransfield a priest of the Archdiocese of Philadelphia, who has served in the position since 2015.

The general secretariat oversees the work of the USCCB on behalf of the U.S. bishops.

Burrill, was elected over Fr. Michael Fuller, a priest of the Diocese of Rockford, Illinois, who is executive director of the conference's Secretariat for Doctrine and Canonical Affairs.

The bishop-members voted to suspend the bylaws of the conference to allow for mail-in paper ballots for the general secretary, one committee chairman and several committee chairmen-elect before the November meeting.

In another vote, Cardinal Timothy M. Dolan of New York was elected over Archbishop Thomas G. Wenski of Miami by a vote of 134-106 as chairman bishops' Committee for Religious Liberty.

Dolan steps into the chairmanship of one of the conference's highest profile committees.

He succeeds Wenski, who was named acting chairman in June to complete the term of Bishop George V. Murry of Youngstown, Ohio, who died of cancer June 5.

Burrill, a native of Marshfield, Wisconsin, holds a bachelor of arts degree from Immaculate Heart of Mary Seminary, adjacent to the campus of St. Mary's University of Minnesota, in Winona, and a bachelor of sacred theology from Rome's Pontifical Gregorian University. He was ordained in 1998 for the Diocese of La Crosse.

In 1999, he earned a licentiate in ecumenical theology from the Angelicum, or Pontifical University of St Thomas Aquinas, which also is in Rome.

Prior to his conference appointment, Burrill was pastor of St. Bronislava Church in Plover in central Wisconsin for three years. He was at the Pontifical North American College in Rome from 2009 to 2013, serving originally as director of apostolic formation and subsequently as the Carl J. Peter chair of homiletics, formation adviser and director of media relations.

In the La Crosse Diocese, he served as pastor of the parishes of St. Mary, in Duran, Holy Rosary in Lima, and Sacred of Jesus in Mondovi from 2001 to 2009. He also taught and was chaplain at Regis High School and Middle School in Eau Claire, for two years prior to his parish assignments. 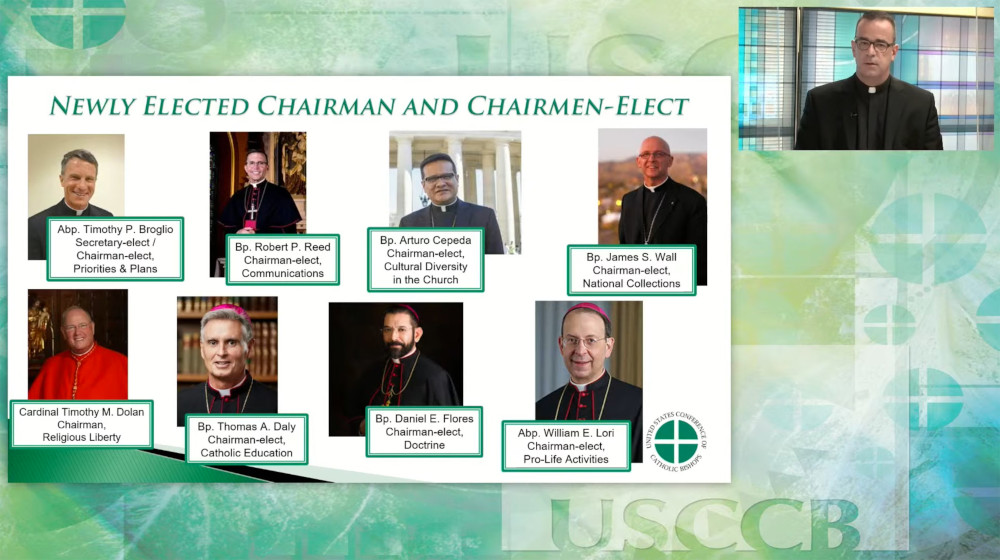 Msgr. J. Brian Bransfield, outgoing general secretary of the U.S. Conference of Catholic Bishops, announces the results of elections Nov. 16, 2020, for seven new chairmen-elect and one chairman of various USCCB committees. Bransfield made the announcement from the studio at USCCB headquarters in Washington during the bishops' fall meeting, convened virtually due to the coronavirus pandemic. (CNS screenshot)

In addition, he was a regional vicar for six years, served two terms on the diocesan priests' council and also was the diocese's ecumenical officer and a member of the seminary admissions board.

The bishops also voted on chairmen-elect for seven committees and seven seats on the board of directors of Catholic Relief Services.

The votes for chairmen-elect are:

The chairmen-elect will serve for one year in that capacity before beginning a three-year term as the chairman of their respective committees at the conclusion of the fall general assembly in 2021.

In addition, several chairmen-elect chosen last year will become committee chairmen at the end of this year’s assembly and will serve three-year terms: