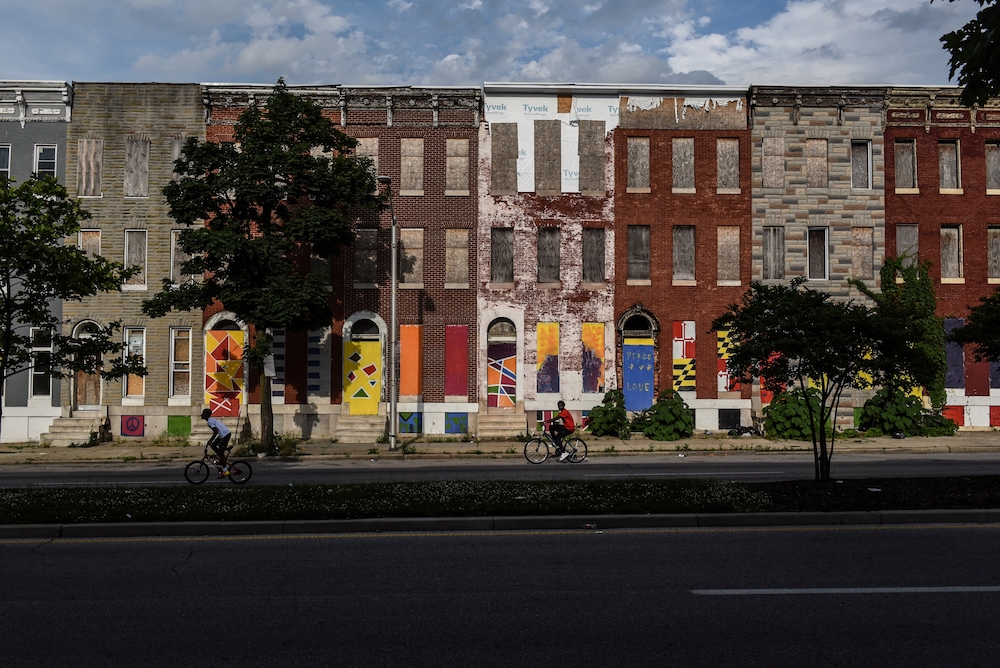 One of the key signs of our times is the fact that the U.S. constitutional republic is facing its greatest stress test since the Civil War. Yet the U.S. Catholic bishops, in their quadrennial reflection on political responsibility, seem oddly out of tune to the last four years of chaos and threats to U.S. democracy.

It is striking how "Forming Consciences for Faithful Citizenship: A Call to Political Responsibility from the Catholic Bishops of the United States" assumes a healthy constitutional republic and fails to examine how the corrosion of democratic norms and institutions itself threatens the possibility of faithful citizenship.

Although the bishops allude to the erosion of civil discourse in their introductory letter to "Faithful Citizenship" and mention the import of the U.S. Constitution to protect individual participation (#11), they do not address specific threats to democracy.

There have been voluminous assaults on the U.S. Constitution over the past four years. I suggest focusing on one: that U.S. Senate Republicans are accepting assistance from Russia to elect President Donald Trump and refuse to vote on the John Lewis Voting Rights Act. It seems, indeed, that the GOP has dropped any pretense at standing for anything other than what Trump wants by not adopting any platform at its 2020 convention.

It strains credulity to suggest that the president and his party have any concern for building a common good "founded in truth, built on justice, and enlivened by love; it should grow in freedom toward a more human equilibrium (Gaudium et Spes, #26)."

The deeper problem is that Trump has a long history not merely of dishonesty but of profound anti-social behavior. This includes his history of racism and birtherism, bragging that he assaults women, mocking a disabled reporter at a campaign rally, cheating contractors and employees, creating a university that defrauded thousands of students, and threatening his opponent with physical harm in the election, all of which "provide overwhelming evidence of profound sociopathic traits" wrote Dr. Lance Dodes in his chapter "Sociopathy" in The Dangerous Case of Donald Trump: 27 Psychiatrists and Mental Health Experts Assess a President (p.90).

"Faithful Citizenship" never discusses assaults on the U.S. Constitution or how the president consistently undermines Catholic moral principles through his anti-social behavior. The bishops quote Pope Francis' powerful description of the vocation of faith-filled citizenship (#1) from Evangelii Gaudium:

An authentic faith … always involves a deep desire to change the world, to transmit values, to leave this earth somehow better than we found it. … If indeed "the just ordering of society and of the state is a central responsibility of politics," the Church "cannot and must not remain on the sidelines in the fight for justice" (#183).

At best, however, it seems the U.S. bishops' conference remains on the sidelines in the fight for democracy itself.

Although Jesuit Fr. Thomas Reese's analysis of 160 bishops' conference press releases (between January 2019 and July 2020) shows that the bishops have been critical of the president as much as they supported him, such a comparison presumes a president with a modicum of conscience and an administration that is not destroying and undermining trust in institutions designed to serve the common good.

There are many interconnected threats to U.S. democracy that have been festering for decades, including, but not limited to, the ways we have become a plutocracy. Yet there is a more imminent threat that we tend to assume will not happen here, that is, that we are slipping into tyranny.

In her contribution to The Dangerous Case of Donald Trump, "Who goes Trump? Tyranny as a Triumph of Narcissism," available online, the psychologist Elizabeth Mika explains that "malignant narcissism" exhibited by tyrants "manifests in a severely impaired or absent conscience and an insatiable drive for power and adulation that masks the conscience deficits."

In an interview with Chauncey DeVega, a staff writer at Salon, Mika said that Trump's lies are part of his "so-called charm." Charisma is a misnomer because Trump does not exhibit conscience and so "does not experience guilt, or shame, or remorse, so he can say whatever pleases him at the moment to get people to do whatever he wants or needs of them."

Mika, who knows tyranny from her experience growing up in communist Poland, warns of a deadly cultural dynamic in her conversation with DeVega, one that the church and people of faith must address: how Trump is both symptom and disease of "collective narcissism." Tyrannies, she explains, are three-legged beasts constituted by the tyrant, his supporters and society — bound together by the "force of narcissism" or what political scientists call "the toxic triangle."

The three-legged beast of collective narcissism, Mike further explains, is how Americans regularly dismiss complicity in economic injustice and racism and deny how United States was founded on "the genocide of Native Americans and on slavery, cardinal sins that have never been atoned for." 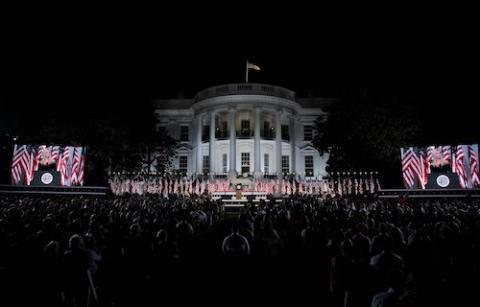 The White House is seen during the Republican National Convention in Washington Aug. 27, when President Donald Trump delivered his acceptance speech as the Republican presidential nominee. (CNS/Reuters/Carlos Barria)

The narcissistic principle endures through the collective white delusion that white communities are under threat from the Black Lives Matter movement. Trump exploits this delusion when the campaign releases an ad showing an elderly white woman under attack in her own home and when he defends the 17-year-old vigilante who killed two protesters in Kenosha, Wisconsin.

Reimagining faithful citizenship would draw upon deep symbols of our moral and spiritual traditions, beginning with Exodus from the dominant consciousness that is oriented to serving the economic and political interests of the most powerful to the expense of the most vulnerable, the common good, and the Earth.

However, for the bishops to prepare themselves and people of faith for Exodus, we need to lament what we are losing, not only lives to COVID-19, but how we, especially affluent white Catholics, accept a system that maintains economic and racial oppression.

Prophetic lament would begin with ecclesial leaders demonstrating humility to name the ways that they and we participate in systems of oppression. Lament is a way all of us may cry out to God. Lament is a way to prepare the way for jubilee and the liberation that Jesus announces at the very beginning of his ministry (Luke 4:17-19).

Jubilee returns us to the God of Israel and Jesus Christ. Jubilee is an ethic for our time that releases prisoners from bondage, forgives debt and liberates people from the legacy of slavery and racism. That is a vision and practice of faithful citizenship that promises a way of caring for all human and non-human kin for generations to come.