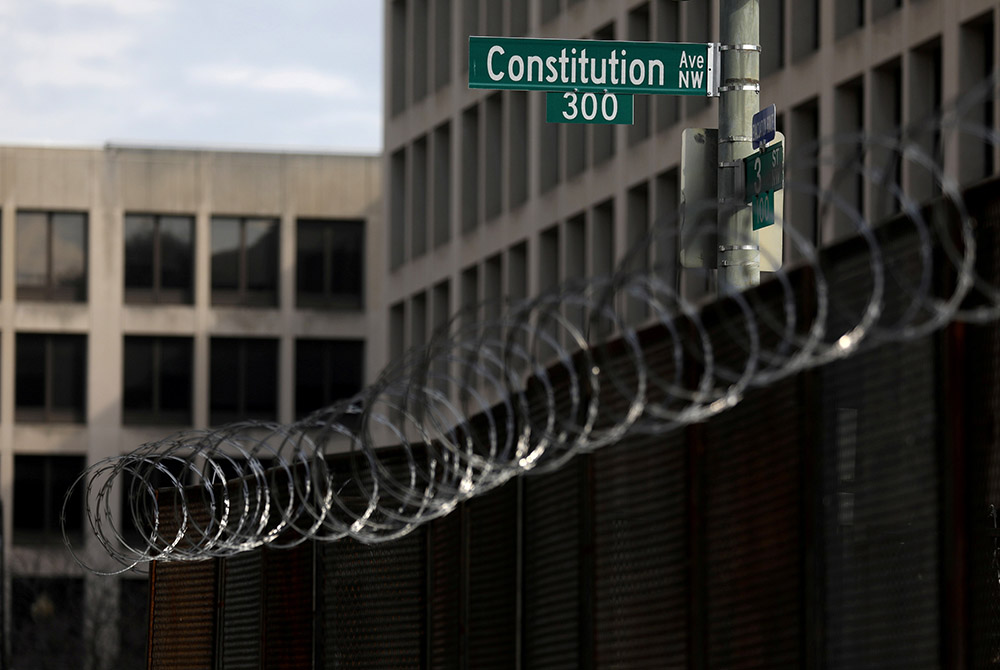 The second impeachment trial of Donald Trump has begun and already it is harder to tell which is the more remarkable, the frightening facts that undergird the case or the rhetorical gymnastics displayed by the former president's defenders.

At Politico, Andrew Desiderio reports that Republicans, like Democrats, want to be rid of Trump. They worry, however, that convicting the former president and barring him from running for office again will only galvanize him and his supporters. They "just don't want to poke the bear." Excuse me, but it has been obvious for some time that Trump is a self-poking bear, so their concern is to evade taking a stand, not to adopt the right strategy.

On the eve of the impeachment trial, Sean Hannity used his television show to claim the trial couldn't be fair because it would be presided over by Senate President Pro Tempore, Sen. Patrick Leahy, not the Chief Justice of the United States, and Leahy has already said he believes the president is guilty.

OK — I propose a deal. Leahy should recuse himself because of his comment, but only if the 45 Republicans who voted not to even hold a trial because they thought it was unconstitutional do the same.

Seriously, the core issue at stake in this trial is not whether the jury will be fair or whether Trump violated some item in the criminal code. We should not confuse an impeachment proceeding with a criminal proceeding. For starters, there is no requirement that the standard of proof in a criminal trial — beyond a reasonable doubt — be met. Impeachment is a political trial, and this case is about whether or not a public official, and not just any public official, but the president of the United States, should be punished in some way for the political crime of trying to undermine American democracy.

Sen. Tim Scott of South Carolina appeared on Fox News the day before the trial began, saying Trump is "simply not guilty" of the charge of insurrection and blaming "the individuals coming in the chamber, coming in the building." He added, "The Democrats should put the blame where it stands, where it should be. And it does not have to do with the president who said go 'peacefully' to protest."

The problem with Sen. Scott's assignment of blame is obvious. Persons in positions of responsibility must hold themselves responsible, or the democracy will collapse. Ethics laws can help create an environment, but as conservatives used to remind us, without personal virtue by those in power, the whole system will come crumbling down. If someone is incapable of holding himself responsible, the rest of the country must find ways to hold him responsible. Trump should be held to a higher standard than the guy with the viking helmet. 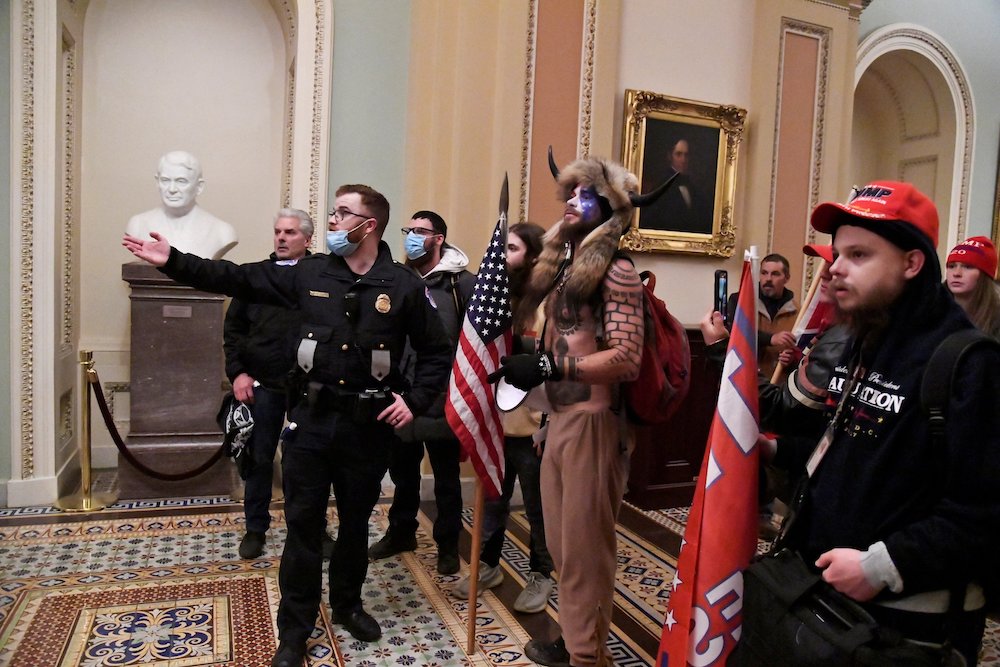 A police officer speaks to supporters of President Donald Trump who got inside the U.S. Capitol Jan. 6, 2021. (CNS/Reuters/Mike Theiler)

If the former president's defenders wish to analogize from criminal proceedings, here is an easy lesson: If the crime in question is murder by a hired assassin, both the hired assassin and the person who hired him are responsible for the crime. One throwaway line in Trump's Jan. 6 speech about being peaceful does not obscure the weekslong effort to stoke the anger of the mob by falsely claiming the election had been stolen. The one line about being peaceful does not becloud the repeated fixation on coming to D.C. the day the Congress would ratify the votes of the electors, and come not to protest, but to "stop the steal." It does not obliterate the bizarre fixation on then-Vice President Mike Pence and the idea that "if Mike Pence does the right thing, we win the election."

And I actually, I just spoke to Mike [Pence]. I said: "Mike, that doesn't take courage. What takes courage is to do nothing. That takes courage." And then we're stuck with a president who lost the election by a lot and we have to live with that for four more years. We're just not going to let that happen.

His legal appeals had all been tossed. He was obviously not talking about coming back in 2024 to try and win then. How, precisely, did he think the crowd in front of him was "just not going to let that happen"?

Here we come to the one part of the trial that is most problematic. The First Amendment is especially protective of political speech. Politicians should be able to make all sorts of allegations against other politicians without fear of an agent of the government knocking on their door. The way we decide political differences in this country is at the ballot box.

But there's the rub. When the president of the United States calls the secretary of state in Georgia, weeks after the election, and says, "All I want to do is this. I just want to find 11,780 votes, which is one more than we have. Because we won the state," he is violating the most basic rule of the game: Whoever gets the most votes wins.

It was Trump who, on that call, was attempting to "steal" the election. I frankly found that phone call as impeachable an offense as his speech on Jan 6. The two are linked because the transcript of that phone call indicates the president's state of mind. He was willing to go to all lengths to overturn the results of the election. If that does not warrant conviction as a political crime, what does?

But we can't forget Lansing. The president knew — we all knew — that armed protesters had stormed the Capitol in Lansing, Michigan, last year and that some of those protesters had a plot to kidnap Gov. Gretchen Whitmer. Not all of Trump's supporters were armed insurrectionists, just as not all of Trump's supporters are racists. But he knew some of his supporters were disposed to violence, yet he delivered a scorched earth speech anyway.

As the impeachment trial proceeds, we can all stipulate that if this were a criminal proceeding, Trump would be acquitted and that such an acquittal would, in fact, be a good thing, a preservation of our First Amendment right to free speech.

This is not a criminal proceeding. The Senate should recognize what happened on Jan. 6 as the political crime it was, and hold Trump accountable for his role in that political crime. He won't be convicted, but he should be. Evil people will draw precisely the wrong lesson from a not guilty verdict. The fight for democracy is far from over.