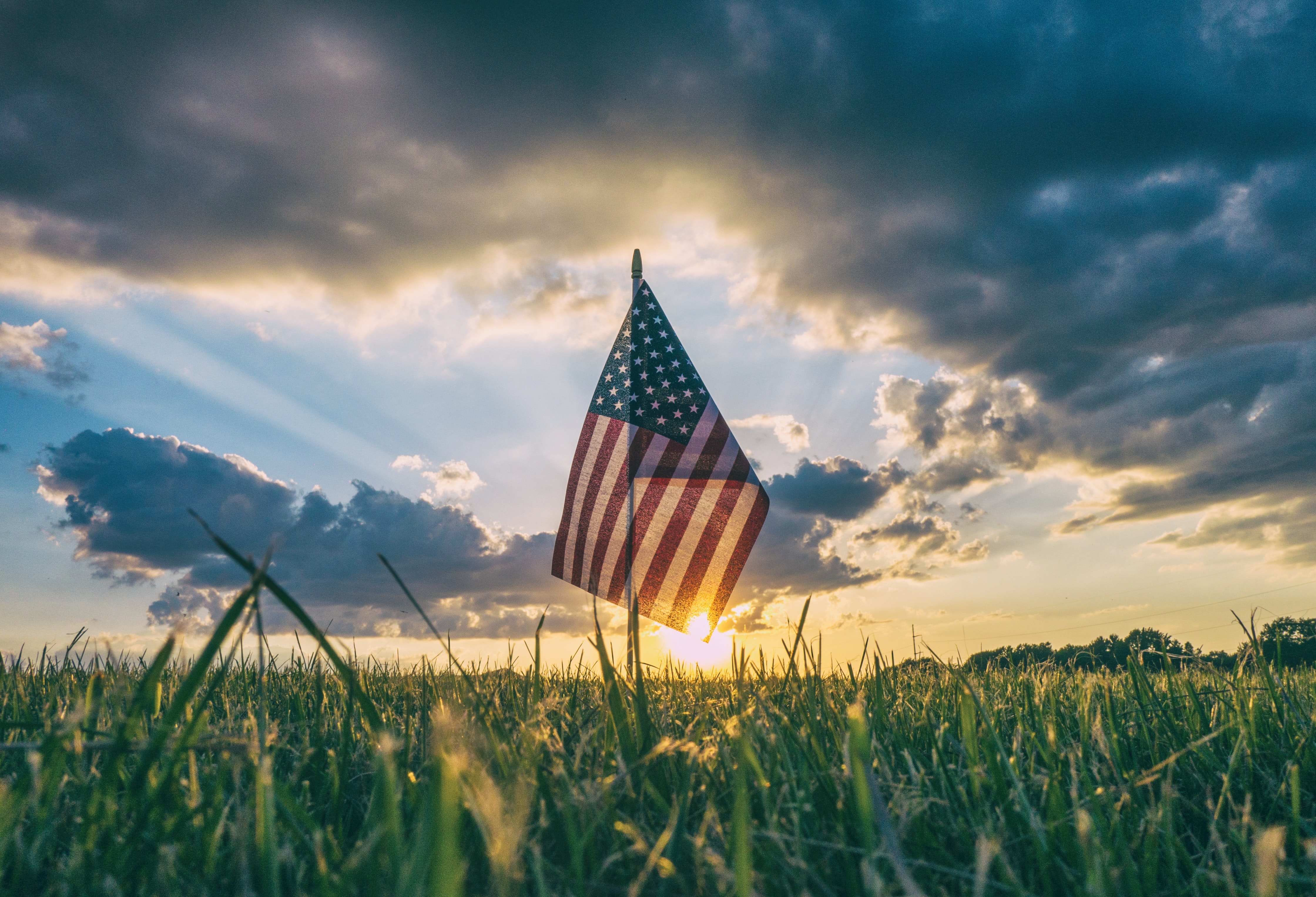 Last week, I called attention to George Packer's essay "How America fractured into four parts" at The Atlantic. The article details four narratives of America that Packer thinks shape our national polity. The subhead frames the conundrum of our day: "People in the United States no longer agree on the nation's purpose, values, history, or meaning. Is reconciliation possible?"

It is not given to any of us to see into the future, so there is no way to know if the question can be answered in the affirmative. I have often mused that I thought only something really dreadful and indiscriminate could bring the country together, something like a pandemic. Alas.

But Packer's article points to one of the greatest hurdles in achieving reconciliation, and I do think I have an idea about how the deficits in the four narratives he outlines can be made less toxic.

The "four Americas," according to Packer, are:

Packer argues that each narrative contains elements of truth, even while each has helped play a part in the unravelling of a shared American ethos. Packer is especially incisive in capturing the downside of each narrative and brilliant at detailing the connections between the groups, as in this paragraph:

But most Just Americans still belong to the meritocracy and have no desire to give up its advantages. They can't escape its status anxieties they’ve only transferred them to the new narrative. They want to be the first to adopt its expert terminology. In the summer of 2020, people suddenly began saying "BIPOC" as if they’d been doing it all their lives. (Black, Indigenous, and people of color was a way to uncouple groups that had been aggregated under people of color and give them their rightful place in the moral order, with people from Bogotá and Karachi and Seoul bringing up the rear.) The whole atmosphere of Just America at its most constricted — the fear of failing to say the right thing, the urge to level withering fire on minor faults — is a variation on the fierce competitive spirit of Smart America. Only the terms of accreditation have changed. And because achievement is a fragile basis for moral identity, when meritocrats are accused of racism, they have no solid faith in their own worth to stand on.

And, Packer is equally clear that both of the two newer narratives, "Real" and "Just" America, leave the economic relations stipulated by the two earlier narratives, "Free" and "Smart" America, in place, taking their conflict to the realms of culture, not finance. When reading it, if one had a conspiratorial mind, it would be hard not to think that the moneyed interest had, in the past 30 years, successfully directed younger minds toward the realm of culture, hoping their fortunes would survive the contest.

I would submit, however, that the best way to ameliorate the worst features of each of these four narratives is with the strong tonic of Catholic moral teaching, and our social teaching more specifically.

I would submit, however, that the best way to ameliorate the worst features of each of these four narratives is with the strong tonic of Catholic moral teaching, and our social teaching more specifically.

So, when considering the "Free America" libertarian ideology we associate with Reagan, we can easily detect that it recognized individual rights but divorced those rights from responsibilities. The assumption of Reaganism, and all laissez-faire ideologies, is that the individual will, left untrammeled by social or governmental regulation, attains the ideal social outcomes, an assumption that was demonstrably false in result but was equally deficient theoretically. Reaganism forgot that the American founding was not only about protecting individual rights but, especially in the drafting of the Constitution, about erecting a strong federal government capable of articulating and achieving the common good. Catholic social teaching keeps both the dignity of the individual and the common good in constant tension, never content to sacrifice the one to the other, balancing their conflicting claims as prudence requires.

The meritocratic value system of the "Smart America" narrative forgets two core tenets of Catholic teaching. First, that human dignity is not earned, and so it belongs to the underachievers as well as to the overachievers. When Hillary Clinton spoke about "the deplorables," she not only doomed her election prospects, she demonstrated how repugnant an indifference to shared human dignity becomes. The second corrective Catholic tenet undergirds the first: Human life is a gift, not a product, and so it must be treated with a certain respect. The willingness of "Smart America" to embrace liberal abortion laws and euthanasia is a direct consequence of this failure to recognize life as a gift.

The "Real America" narrative, which could now be rendered as Trumpism, takes some of the cheap patriotism of Reaganism, revitalizes the paranoic strain of anti-communism, preaches an anti-government ethic, but the "Shining city upon a hill" optimism of the Reagan Revolution gives way to a dystopian vision. Both narratives traffic in resentment, but with Trumpism, the outcome is a bullying, Mussolini-like, dark and threatening narrative, unleavened by Reagan's sunniness. The anti-democratic tenor of the "Real America" language is profoundly discordant with our history. The result — and it is not unique to Trump, for you see it in his acolytes like Texas Gov. Greg Abbott and Florida Gov. Ron DeSantis — is so devoid of moral virtue, it is appalling to see Catholics embrace it. This column the past four years has been largely a record of the moral depredations of the Trump White House, but arguably the most necessary corrective offered by Catholic social doctrine is our belief in the moral necessity of solidarity. Trump offered a faux-solidarity to his followers, defined only by their antipathy to elites. All the while, he was perpetuating the entrenched economic power of the elites.

The "Just America" narrative, like the other three, fails because it misunderstands the relationship of the individual to the group, and the group to the nation. Catholic social doctrine, with its necessary universalism, its commitment to subsidiarity as a means of structuring solidarity, and its bedrock belief in the dignity of the human person, ameliorates this foundational problem with identity politics. The fact that the proponents of the "Just America" are so completely out of touch with the working-class members of the race or ethnicity those proponents claim to champion highlights the fact that their iteration of solidarity is, like that of the "Real America" devotees, a false iteration.

There is another commonality between the Trumpians of our day and the woke, highly educated "Just America" followers: Both have chosen to abandon the hopefulness that has always been associated with the American character, a core part of the American mind or soul or, if you must, identity. The Christian pedigree of hope is most explicitly found in the 55th chapter of Isaiah and the First Letter of Peter, 3:15, "Always be prepared to give a defense to everyone who asks you to explain the hope you have." Both the "Real" and the "Just" America narratives intentionally shun and even mock any aspirational sensibility and, just so, leave the American electorate with a discomforting choice.

The "Free" and "Smart" America narratives are in decline. The two that remain are profoundly unsatisfying, but it is impossible not to have more sympathies with the "Just America" narrative and its proponents. I could even endorse many of their insights if those insights were not given a comprehensive, totalizing intellectual and moral vocation which it is incapable of achieving. That is to say, however important race and gender are, they are never the whole story. Identity politics never yields all the information a person and a people need to know in order to make sense of their world.

But the "Real America" crowd will beat them at the polls every day and twice on Sunday. The patriotism of Trump is superficial and worse than superficial; it distorts American history and denies the better angels of our nature. Still, the "Just America" adherents add an obnoxious layer of condescension to their dystopia not found among the Trumpians, and that is the kind of thing that will cost the left elections unless it finds better ways to channel the energy of the woke.

The Packer article is worth engaging for anyone who is concerned about the country's future. And it confirms what I have long believed: There is no ideology nor issue in American public life that will not be leavened by an encounter with Catholic social doctrine.