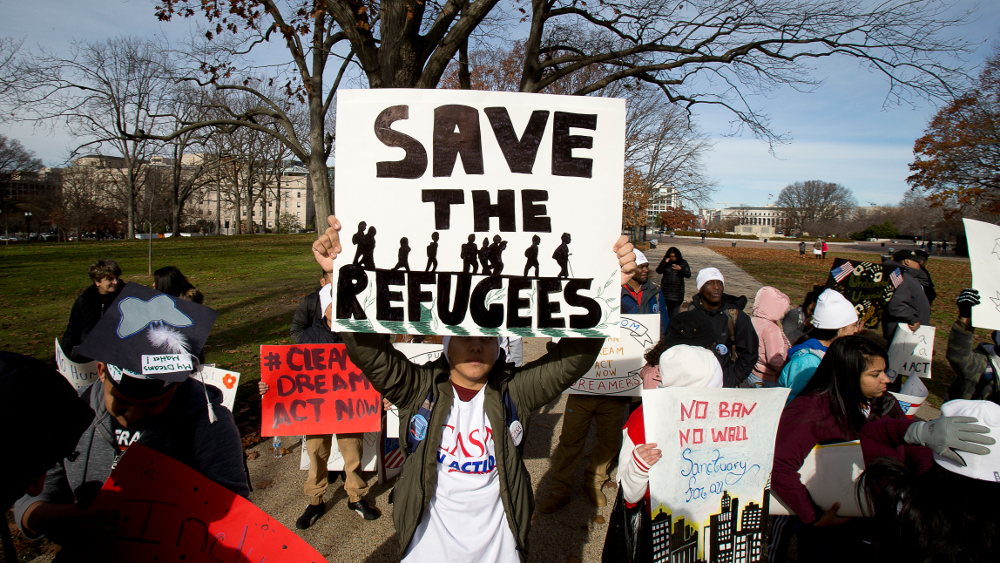 Supporters of comprehensive immigration reform, including a path to citizenship for Dreamers, gather near the U.S. Capitol in Washington Dec. 6. (CNS/Tyler Orsburn)

This headline at Politico is misleading: It is not "progressives" who are attacking Rep. Dan Lipinski (D-Illinois), it is abortion rights' groups and those politicians and allied organizations, like Sen. Kirsten Gillibrand (D-New York) and MoveOn.org, that are trying to burnish their pro-choice credentials in advance of soliciting the money the abortion rights' groups can dispense and/or placing culture war issues front and center.

Many of us "progressives" view Lipinski as a hero for his pro-life stance even while we regret his ambivalence on immigration issues. Nonetheless, Lipinski's comment for this article should make him a hero to anyone who prizes democracy and cares about its future.

There are people who just want me to follow in line and vote however the party says. … We have gotten to a point where everything is black and white. You are either for something in theory or against something in theory, when a lot of these things come down to: What are the details? Let's try and get the policy right.

That gets my respect and it would get my vote if I were in his district.

Legislators in Ohio have sent a bill to Gov. John Kasich that would ban abortions undertaken because the unborn child is diagnosed with Down syndrome. Let's be clear: There is a word for this practice — eugenics — and it is as morally repulsive today as it was when the Commonwealth of Virginia sterilized a mentally handicapped woman against her will. Yes, the Nazis took the practice to extremes but it is morally wrong long before it gets to the extremes.

Heather Long, at the Washington Post's Wonkblog, thinks the GOP's "big win" on taxes might not be such a big win after all. She is right in the long term, no doubt, but even if the bump to the economy is short-lived, it might be enough to preserve the GOP majority in both chambers next year and the details of the bill demonstrate that the GOP doesn't give a damn about the long-term negative impact of the legislation.

And at the always-important Working Class Perspectives blog, an essay by Jessica Chilin-Hernández on how the Temporary Protective Status for Salvadoreans like her family has been an enormously successful program no matter how you look at it, with a recent study indicating a labor-participation rate of 81-88 percent for grantees from El Salvador, Honduras and Haiti. The overall U.S. rate is 63 percent. And President Donald Trump is closing this program and sending these people back because he thinks it is good politics.