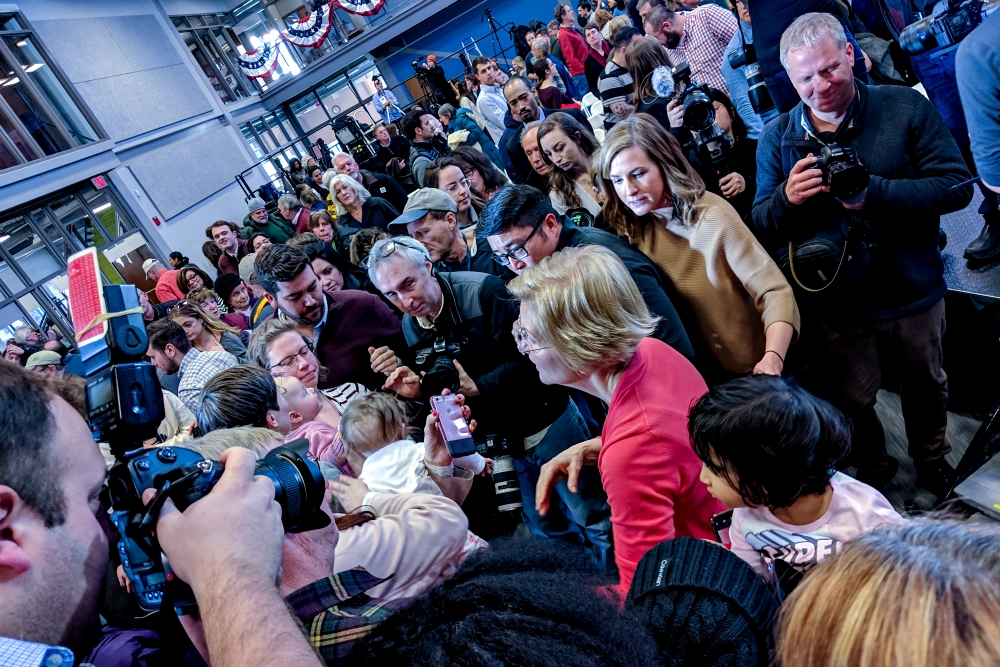 At Commonweal, Matt Mazewski looks at Sen. Elizabeth Warren's proposed Accountable Capitalism Act, which would require worker codetermination in large corporations, and the criticisms of it. Those from the right, that it represents a socialistic nationalization of private companies, are easily dismissed: Nationalization is not what codetermination entails at all. More interesting is the criticism from the left, that Warren, who insists she is a capitalist and has been keen to distinguish herself from socialism, is promoting an idea that has only been advocated by socialists. But Mazewski shows that the roots of codetermination actually are found in Catholic social teaching. This is one of the most important essays you will read all year. Bravo, Mr. Mazewski!

Relatedly, at Daily Beast, Michael Tomasky argues that Warren is the only person really running for president, introducing a coherent set of policy ideas that would move the country decisively in the direction of a less oligarchic society, while the other candidates are merely jockeying for position. He overstates the case against the others, but not by much. I do not know if this will be enough to distinguish Warren with voters in Iowa: Then-Sen. Barack Obama distinguished himself with Iowa voters with his inspiring oratory, and voters want to be inspired. But they also want change and Warren is providing a road map for change.

At Working-Class Perspectives, Joe McCartin looks at the new organizing strategy adopted by many public sector unions, including most recently the teachers in Los Angeles, in which the goals of the strike reach beyond narrow contractual issues. It is called "bargaining for the common good" and represents the degree to which this core concept of Catholic social teaching is being adopted by people who may not know anything about Catholic social doctrine, but they adopt it because it makes sense of the challenges we face in our society.

From The Hill, Trump campaign aide Katrina Pierson tries to rebut a question about the lack of diversity in the Trump administration by asking her own question: "How many black people were in Abraham Lincoln's West Wing?" People are focusing on this absurd comparison, and understandably so, but I should like to call attention to another way Pierson's comment is anachronistic: There was no "West Wing" when Lincoln was president. The West Wing was added to the White House much later, in the administration of Theodore Roosevelt, when a distinct wing of office space replaced the greenhouses on the west side of the White House. Interestingly, the first version of the West Wing had no Oval Office. That was added during the Taft administration.

I am not a huge fan of Frank Bruni, the New York Times columnist, but he nails the real issue about the indictment of dozens of rich folk who engaged in criminal acts to get their kids into college: None of this is surprising, when you think about the many legal ways the rich try and get what they want, no matter the cost to others. And the legal ways to game the system are as morally offensive as the illegal ways.

In The Washington Post, Monica Hesse dissects Tucker Carlson and hits on what has long been the strangest part of his schtick: He constantly portrays himself as a victim of others' abuse, and shows no sympathy for other people who have genuinely and historically been abused.

Also at the Post, Jennifer Rubin gushes over South Bend, Indiana, Mayor Pete Buttigieg's town hall appearance on CNN. She is correct that he was well-informed and did not dodge issues, but I still think Buttigieg's run for the presidency is a real long shot. I like the idea of someone who has been a mayor running for the presidency: A mayor's office is less prone to foolish partisanship and you actually have to get stuff done. But while it is an ideal item on a résumé, it can't be the biggest item on the list.

In The New Yorker, Adam Gopnik looks at the pros and cons of impeaching Trump and leans in the opposite direction from me, arguing that justice and a commitment to the Constitution will require it. "The argument for Trump's eviction rests not on the kinds of laws that he would like to pass but on his unique contempt for the whole concept of the rule of law," Gopnik writes. I am sticking to my conclusion, that impeachment as understood by the Founders can't work today because of the craven way Republicans have, so far, failed to put their commitment to the Constitution ahead of their commitment to Trumpism. But I admit I am less certain of my conclusion after reading Gopnik's highly intelligent arguments.

Politico gets the prize for most foolish article of this campaign season so far, an attempt at a hit job on Warren by Christopher Cadelago. The headline screams: "Warren took tech's money while ripping its biggest players." He notes that she received campaign contributions — "plenty of it" — from employees at Amazon, Google and Facebook during her two Senate campaigns totaling $90,000. He fails to note that she raised almost $35 million in the last cycle, that is, not including her first Senate campaign. Does he really mean to suggest these people were buying influence? And doesn't the fact that Warren was "ripping" the tech giants suggest that there is no hypocrisy here?