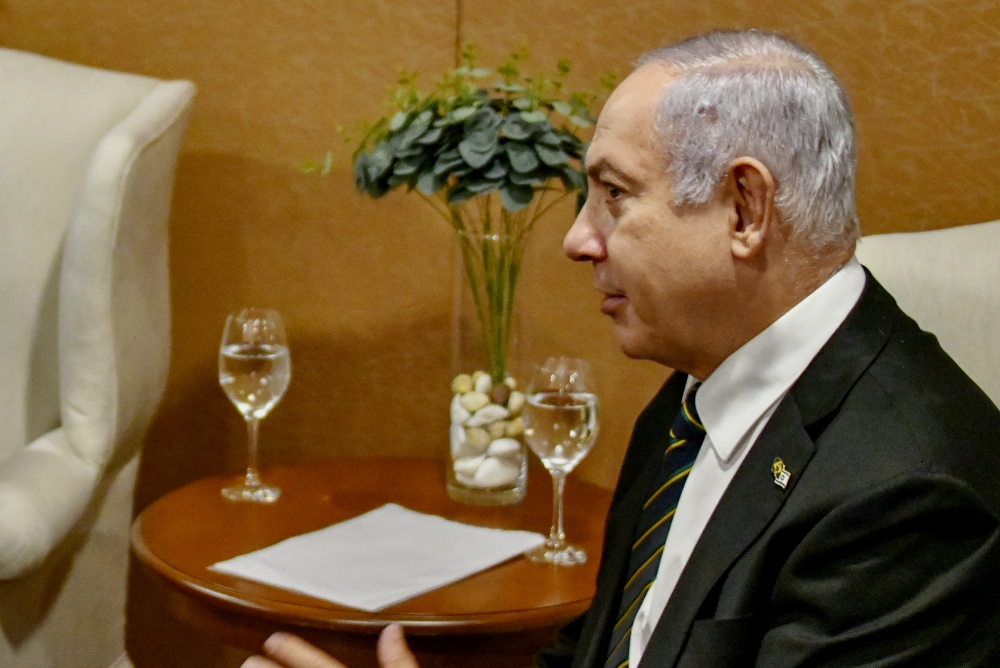 In case you missed it, my colleague Heidi Schlumpf's look at the U.S. version of the Catholic Herald, and the web of conservative Catholic money and influence it is already connecting with, is a must-read.

In The New York Times, a nicer set of ideas brought from the U.K. to the U.S.: a look at how New York City could address problems with its public housing projects by incorporating ideas employed in the East London borough of Hackney. It is more than introducing market-rate apartments alongside the public housing, although that is part of it, a big part of it. Indeed, the fact that the residents' council, not a private developer, is managing the project seems key.

Also in The New York Times, Michelle Cottle reminds us all how long it took for the Watergate investigation to play out: It was more than a year from John Dean's explosive testimony until Richard Nixon's resignation. She also reminds us that whether or not any of the investigations uncover evidence of collusion with Russia, we should be prepared to see lots of criminal and near-criminal behavior in the weeks ahead. More on this tomorrow.

Thomas Edsall, also at the Times, explains why some Democrats in the House broke with Speaker Nancy Pelosi on a vote to recommit, and why this is more of a problem for Democrats than Republicans. Fascinating in every way, especially the fact that after years of political realignment, Americans are returning to straight-ticket voting. But much of this could be upended in 2020 and the redrawing of congressional district lines that will follow that year's elections. Dems are still living in the shadow of the 2010 midterms and the huge shift to the GOP that year, especially in the state legislatures that drew the congressional district lines.

At Politico, Rebecca Morin breaks down a new Quinnipiac poll that shows 64 percent of Americans believe Donald Trump broke the law before becoming president, while only 45 percent think he has broken the law since becoming president. They overwhelmingly do not want to see him impeached based on what we know now. There is a warning here for those who want to impeach the president: The GOP has done a good job labeling obstruction of justice and related crimes as "process crimes," and discounting their significance. That is wrong from a moral perspective but it is working politically.

In The Washington Post, David Byler looks at polling data that shows — consistently — that there is a floor among Republican Hispanics that doesn't seem to vary much: Between 25 and 30 percent of Latinos back GOP candidates, even when you have a conservative president who has made immigration restrictions his key policy objective for several months. The key takeaway: "It suggests that a conservative position on immigration isn't radioactive to every Hispanic or Latino voter. Democrats who dream of locking up 90 percent of the Latino and Hispanic vote, turning them into a base comparable to African American voters, need to get over the idea that they can win that base just by emphasizing immigration."

At The Atlantic, Caitlin Flanagan looks at the allegations that Sen. Amy Klobuchar is demeaning to her staff and argues that the senator's personal transgressions should not be used to drag down feminism by trying to justify them in some way. It is an interesting, and complicated argument, and I am not sure I buy the premise. I am not sure we would be discussing Klobuchar's treatment of her staff is she were a guy.

Also at The Atlantic, Emma Green looks at new research from the Public Religion Research Institute that sought to dive deeper into understanding the way Americans are, or are not, increasingly siloed, isolated from those who do not share their political views or racial and ethnic profiles. I will return to this theme in the weeks ahead.

From The Times of Israel, Prime Minister Bibi Netanyahu has been indicted on various counts of corruption. Of course, I support the rule of law and hope he will be found innocent if he truly is innocent, but I cannot fail to note that the cause of peace — and indeed, the cause of Israel — will be better served if this man is removed from office on account of these allegations or other reasons.