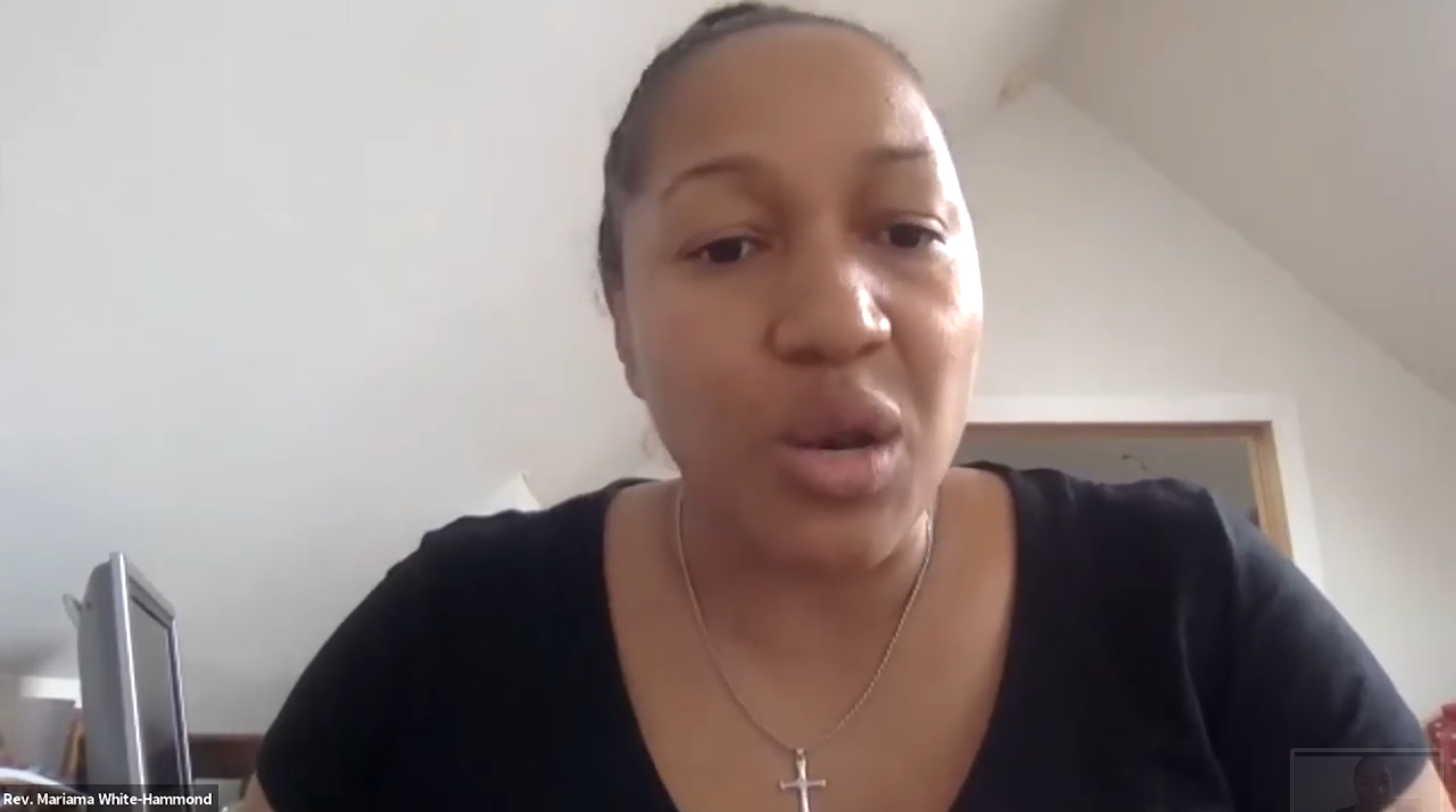 Last week, I was on a webinar, sponsored by the Woods Hole Research Center, in which the Rev. Mariama White-Hammond and I discussed the role of the faith community in helping confront the climate change emergency our planet faces. We discussed some of the hopeful things being done by religious communities. Here is a link to some of the reporting from NCR's EarthBeat section we discussed on the webinar.

Relatedly, at Politico, a look at the threat posed to economic well-being by climate change, starting with the mortgage and insurance industries. If you know someone with beachfront property at a stretch of beach hit by Hurricane Sandy, you know what has happened to insurance rates. And the government backs most mortgages in one way or another. This is another arrow in the quiver for the case that we need a Green New Deal for economic reasons as well as environmental ones.

President Donald Trump has a new pen pal! LifeSiteNews released the text of a letter to the president from Archbishop Carlo Maria Viganò. To say that we should worry about the archbishop's mental stability is an understatement. The biblical "children of darkness" are the deep state? Who knew? Seriously, don't you hope that Trump responds? If these two feed each other ideas and language, this could really get interesting. Think of Rex Mottram from "Brideshead Revisited," only with more vulgarity, more gullibility and nonfiction.

In The New York Times, an exquisitely elegant and powerful essay by Wesley Morris that marries his take on the racism on display in this moment with a "lovers-at-a-crossroads jam" from Patti LaBelle. I am not even sure the marriage works, but the writing is beautiful and it captures a less hopeful, and I suspect more likely, note than is being peddled elsewhere (h/t to SR).

At The Washington Post, Georgetown Law School professor Christy Lopez explains what the slogan "Defund the police" does and does not mean. Turns out, it is about recognizing that we ask the police to do too much, that we need to decriminalize certain actions. (Tell that to the politicians who rush to pass legislation whenever they feel the need to do something in the face of human sinfulness.) Excuse me, professor, but if you need to explain your slogan, why not get a better slogan? And what are we to think when she writes that "police abolition does not mean that police will disappear overnight — or perhaps ever"? Perhaps? Maybe the problem is not just the slogan. Democrats take note: If you fall for the latest foolishness coming from an academic near you, you will lose the election and you will deserve to lose.

I would never presume to tell a fellow columnist what I think they should write about but ... Benedictine Sr. Joan Chittister is as big of a fan of Lebron James as I am, and one year during an NCR gathering, we both cut out of a reception early to go watch the playoffs. Surely, she has some thoughts about Laura Ingraham's different responses to athletes voicing their opinions. In Ingraham's world, black basketball players like Lebron need to "shut up and dribble." But white quarterbacks like Drew Brees need to have their opinions respected. I wonder what could possibly account for the difference? Sister Joan! Call your office.

Speaking of Lebron, he retweeted a video of a reporter at the Washington Examiner who pretended she was playing the part of an activist, posing with an electric drill, putting up plywood to protect windows. Once the photo was snapped by her boyfriend, she handed the drill back to the guy who was actually doing the work, jumped into a black Mercedes and sped away. She is now a former reporter.