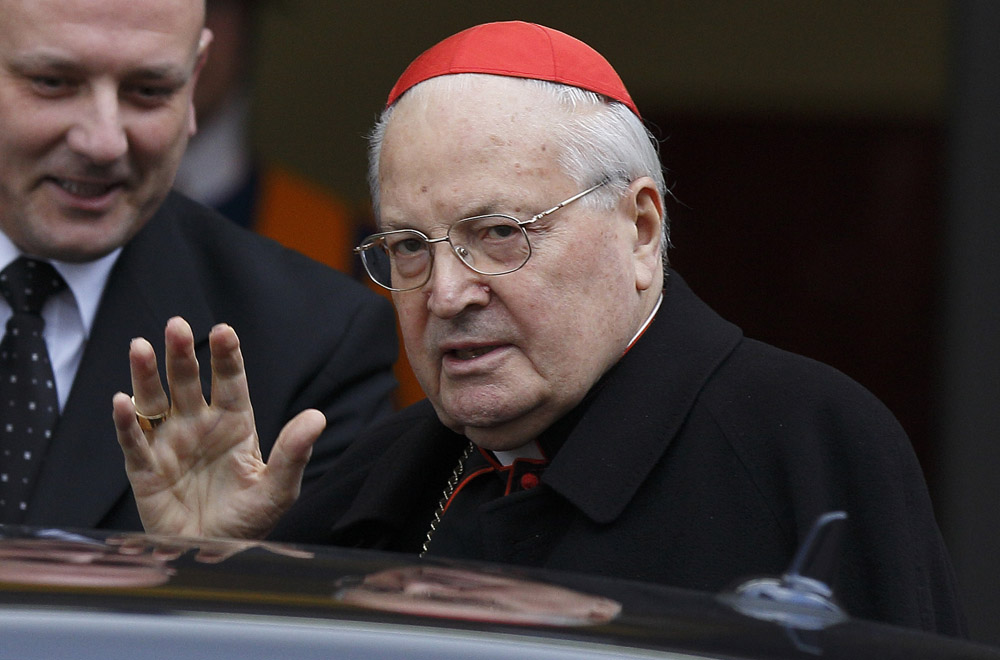 In The Irish Times, former President Mary McAleese shares details of a meeting in 2003 at which Cardinal Secretary of State Angelo Sodano sought to entice her to suppress an investigation into child sex abuse. Sodano was the right-hand man to St. Pope John Paul II from 1991 until the pope's death. John Paul has gone to heaven but his top aide should be in jail.

Some of my more liberal friends were disappointed with the election results in the Midwest. Several candidates backed by Sen. Bernie Sanders lost to more mainstream candidates. Many of the more progressive candidates lost to candidates swimming in endorsements and money from Emily's List, which supports pro-choice women candidates. That is disturbing. But, Sanders and the insurgents are doing their job, forcing more moderate candidates to embrace some of the more radical ideas Sanders has put on the table. And, I hope my ardent progressive friends are watching: Emily's List doesn't care about progressive ideas, it cares only about one idea, making abortion as available as ice cream. In many of these Midwestern districts, the ideal Democratic candidate would support Sanders' economic agenda and be more pro-life on abortion.

Voters in the Show-Me State of Missouri showed big business and its libertarian allies what it thinks of their right-to-work agenda, defeating a proposal to ban union shops with 67 percent of the vote. NPR has the details. Mark my words: These well-funded anti-labor groups will try and achieve in the courts what they fail to achieve at the ballot box and will be coming after private sector unions as they went after public sector ones.

Remember all those business executives who publicly distanced themselves from Trump after his equivocal comments about white racists in Charlottesville last year? Some even resigned from his business council? Well, as Politico reports, they are back. Can't let a little thing like racism get in the way of good business.

At The Washington Post, Barry Berke, Norman Eisen and Dani James delve into the law surrounding collusion. They reach the ironic conclusion that the president is right: Collusion is not a crime, it is actually many crimes, all rolled into one. I think they miss the bigger point, which is that this is going to be a political, not a legal, battle.

Also at the Post, Lindsay Bever exposes Governor Greg Abbott's false claim attributing to Winston Churchill something that Churchill never said. This is not the greatest sin in the world, unless you are a historian, but politicians used to have speechwriters check such things. In Trump's dictatorship of relativism, I suppose pols think historical accuracy doesn't matter. It does. These clowns invoke Churchill but they know next to nothing about him. If they studied his life, they might learn how different he was from how today's politicians are, mere mouthpieces for poll-tested ideological claptrap. Churchill was deeply learned, but that did not prevent him from being wrong about Ireland, wrong about India, wrong about everything except the most important thing, which happened to save Western civilization.

If you have not signed up for the "Daily Humor" email from The New Yorker, you should. It comes into your email box late afternoon, when just about everyone needs a shot in the arm as well as a shot of caffeine. This recent cartoon was one of my favorites.