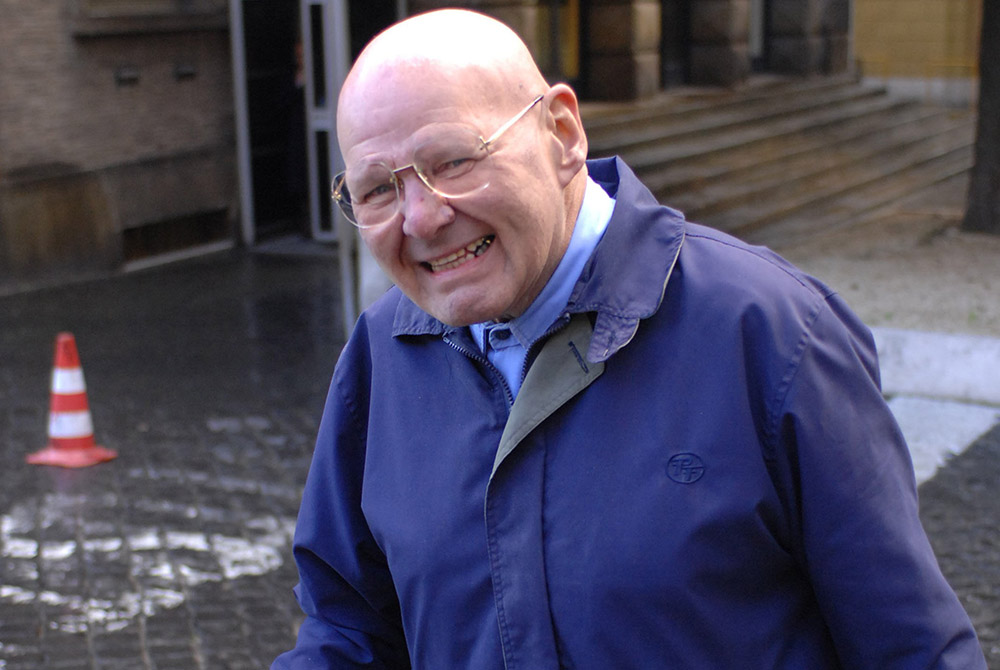 In First Things, Jayd Henricks, former chief lobbyist for the U.S. bishops' conference, demonstrates an almost clownish lack of theological sophistication in articulating "the crisis" posed by a Joe Biden presidency. He also gets his facts wrong, writing, "In 2004, the Congregation for the Doctrine of the Faith issued guidance for U.S. bishops regarding how to handle the matter of Holy Communion for pro-choice Catholic presidential candidates such as John Kerry." Later, he adds, "At the time, then-Cardinal McCarrick (now a defrocked priest) and Cardinal Wilton Gregory chose to withhold this guidance from the full body of bishops." The link brings you nowhere. How could it? The document in question was not "issued" by the CDF nor addressed to the "U.S. bishops." It was a letter from the CDF prefect, Cardinal Joseph Ratzinger, to another cardinal, McCarrick, who was not an officer of the conference when he sought Ratzinger's advice. The letter was marked "personal and confidential." And what role did then-Bishop Gregory play in withholding a letter not sent to him at all? I do not know if Biden should go to Communion or not, but Henricks definitely needs to go to journalistic confession.

From The Dallas Morning News, Congressman Louie Gohmert plans a legal challenge to the ceremonial role Vice President Mike Pence is slated to play at next week's counting of the Electoral College ballots. The vice president is president of the Senate. Gohmert wants Pence to be able to count different electoral slates if he chooses. What I did not know is that Gohmert is from the city of Tyler, Texas. Maybe there is something in the water?

Now, this is an obituary: Margalit Fox at The New York Times pays tribute to Fr. Reginald Foster, the Discalced Carmelite who was the chief Latinist at the Vatican for 40 years. Splendid writing for a truly great man who was remembered with fondness by people of all dispositions and ideologies.

Also in The Times, Michelle Cottle designates the year's superlatives in the manner of a high school yearbook. Most committed bootlicker? Sen. Lindsay Graham. And so on. Cottle is one of the best columnists at deploying humor to achieve incisiveness.

I find listening to longtime President Donald Trump allies who have flipped uniquely painful. But on Monday, on the "The Beat with Ari Melber," former Trump attorney Michael Cohen made an interesting point about Trump's decision to bestow pardons on so many of his colleagues: Now that they have a pardon, they cannot invoke their Fifth Amendment right against self-incrimination. So, in future testimony, they might be compelled to speak about what they know. Very interesting.

I admit that I am a sucker for any "Top Ten" lists, especially when they have to do with travel or architecture. So, when I saw The Discoverer Blog's "10 Sacred Sites in America Worth Seeing," I was excited. My first reaction, of course, was: Why just 10? In the event, the list disappoints. For example, they list Washington National Cathedral, a neo-Gothic study in imitation, but neglect St. Matthew's Cathedral down the street, an edifice that uniquely combines Renaissance and Byzantine elements to create an architectural jewel that far outshines any religious building in the city. The lack of any Catholic site on the list is deeply disappointing.

A look back: Peter Jennings on ABC News, Aug. 21, 1991, details the collapse of the Soviet coup against Mikhail Gorbachev. Perhaps some Republicans should ask themselves now: Would I like to go down in history as the Gennady Yaneyev of the Trump era? One of the other coup plotters? Boris Yeltsin turned out not to be up the job, but during the crisis of 1991, he saved Russia from descending back into communist autocracy. I always thought "coup plotters" would make a good name for a punk band.

And, let's close out the year with a special video to celebrate the 250th anniversary of the birth of Ludwig von Beethoven: Maurizio Pollini at the piano, and his son Daniele at the conductor's stand, with the Galician Symphony in a performance of Beethoven's fifth piano concerto "Emperor." Splendid music.