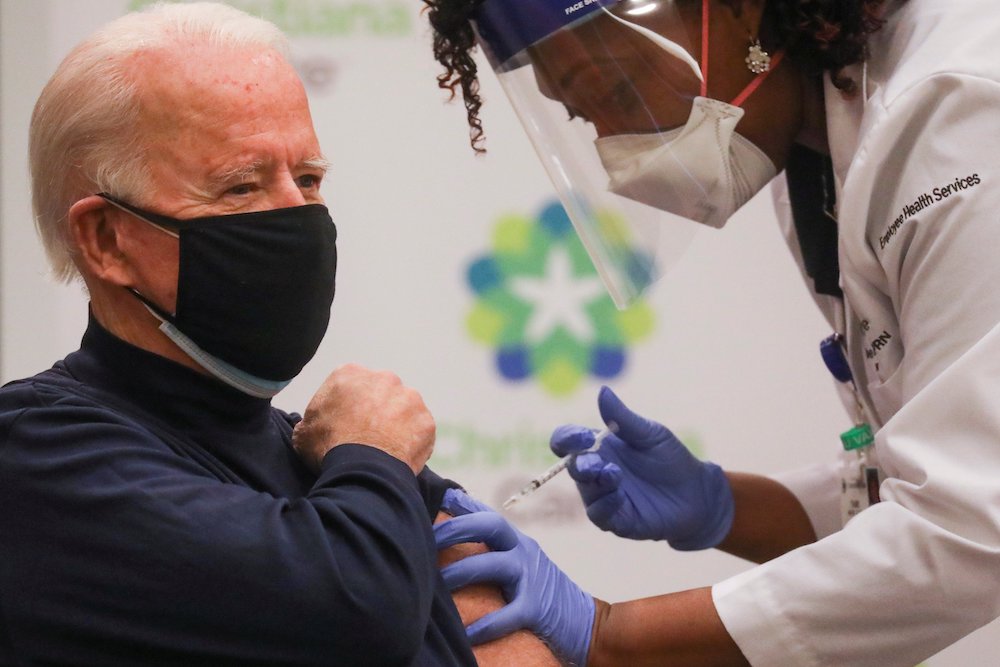 Looking back at the year in politics, the dominant theme was the nadir of President Donald Trump's political career. The question that has accompanied the president's political fortunes is closely related: Did American democracy hit its nadir?

At the beginning of the year, Trump became only the third president to be impeached, but his acquittal in the Senate left him claiming vindication. Politically, he was correct, and his supporters only came to resent the Democrats more and buy into the false idea that the president had done nothing wrong. Morally, and before history, I suspect the verdict will be more negative.

By the time the Senate voted to acquit the president on Feb. 5, however, a different threat to his presidency — and to the nation — had emerged: COVID-19. If you had designed something to exploit all of Trump's weaknesses, this is what you would have devised. His disdain for expertise and bureaucracy made him suspicious of the very people he needed to rely on to formulate an effective policy response.

For all his brilliance at marshaling resentments in the zeitgeist for political ends, the president's ignorance of history meant that he failed to recognize one of history's most elementary lessons: Crises are indispensable for the making of greatness, provided the political leader rises to the occasion. Trump's inability to apply sustained attention to a problem (as opposed to a conspiracy theory), combined with his allergy to bad news, led him to articulate platitudes that were demonstrably false when the country needed to brace for the pending ordeal. He embraced crackpot ideas, retweeted nonsense, held press conferences last spring filled with cringe-worthy moments, such as his suggestion that ingesting disinfectants might cure a person of the virus, all rooted in a psychological, not a political, need to deliver what he thought was good news.

Other nations with more conscientious political leaders adopted more stringent policies, yet even their greater effectiveness has not prevented these countries from having to reenact more stringent policies this winter. But no other country has ejected an incumbent president or prime minister, as we Americans did. Apart from all of his other failings, it was the president's lack of empathy ultimately that most doomed his reelection effort. It is shocking to contemplate the fact that had there been no coronavirus, Trump might have won a second term.

At the beginning of 2020, I looked to the year now just finishing, and wrote:

There is one irony to Trump's divisiveness that shows how little we humans grasp our circumstances. For years, Democrats have pledged to energize more voters and get them to the polls. Republicans, on the other hand, have tried to make it harder for people to vote. But it is Trump who has energized the electorate even as he has divided it, and we can look for a record turnout in November. I hope he loses, but I also hope he loses big. What scares me more than him winning a second term is the prospect of him losing narrowly, and how he might react. That could be the constitutional crisis of 2020, not the impeachment that kicks off the new year.

I was correct about the record turnout. What I had not foreseen was that even though the election was not particularly close, Trump would still try and ignite a constitutional crisis in order to overturn the result. Trump, the putative coup plotter, has demonstrated a contempt for democracy that outstripped even his previous animus towards democratic norms.

There was no essential connection between the president's casual bigotry and the outburst of anti-racism protests in the wake of the murder of George Floyd this summer. Indeed, his opportunistic response to the protests did not sit well with those swingiest of swing voters, white suburban women. Again, the president's lack of empathy crippled his response to Floyd's murder, the videotaped gruesomeness of which profoundly scarred the national psyche.

The Black Lives Matter movement organized some of the largest and most widespread protests in history. The movement, however, had failed to morph into something more consequential by year's end, something that achieves real changes in public policy. Protests only get you so far. Slogans that are catchy but inaccurate and immature, like "defund the police," need to be set aside. Black Americans, so long and so comprehensively subjected to the countless indignities of racism, deserve real change, such as policies to confront discrimination in housing, create social capital in distressed neighborhoods — in both urban and rural areas — and to raise wages for working-class employees. 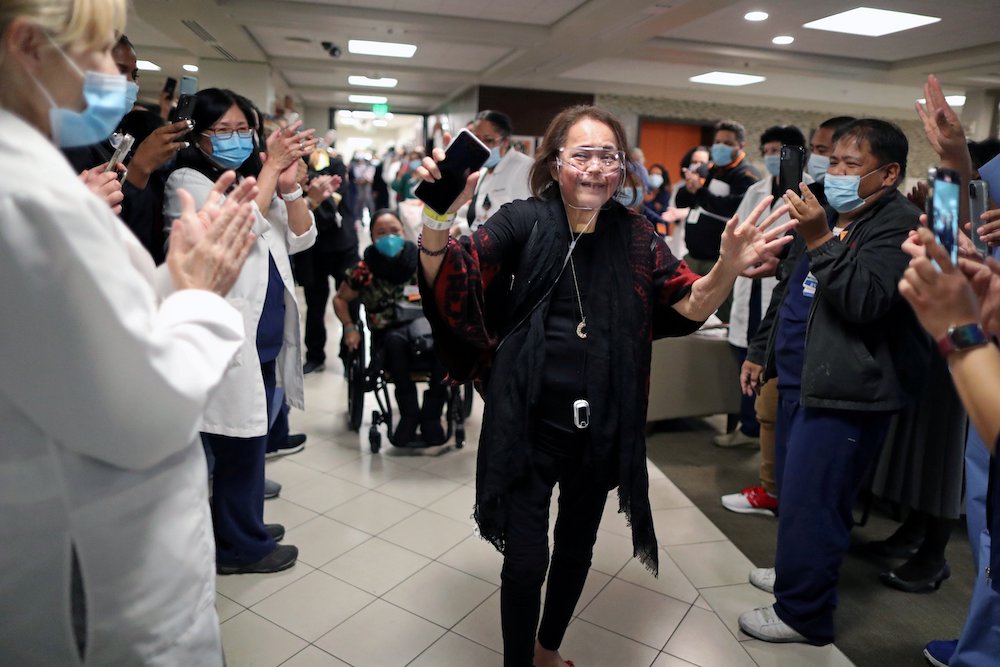 Merlin Pambuan, an intensive care unit nurse, is cheered by hospital staff at Dignity Health – St. Mary Medical Center in Long Beach, California, Dec. 21, as she walks out of the hospital where she spent eight months with COVID-19. (CNS/Reuters/Lucy Nicholson)

The third political development of note was the improbable rise of Joe Biden to the highest office in the land. In a culture that is addicted to youth, in which "new" has long outstripped "best" for marketing purposes, for Biden, the third time was the charm. His uneven debate performance led to poor showings in the Iowa and Nevada caucuses, as well as the New Hampshire primary.

But, as the reality of the coronavirus sunk in, executive experience began to matter more to voters, the other candidates all suffered from their own political disabilities, self-inflicted or otherwise, and in the South Carolina primary, the last Daley-esque political machine swung to Biden and he almost ran the table three days later on Super Tuesday. There was no looking back.

Biden proved to be the perfect foil for Trump in the general election. His essential decency contrasted with the incumbent's indecency. Biden famously oozes empathy. His long experience in Washington, a liability in normal times, strengthened his case with people tired of Trumpian incompetence.

In one regard, and an important one, Biden was not unlike Trump: Neither of them possess the overly polished speaking style that voters have grown suspicious of. For Trump, his authenticity comes through most powerfully when he exhibits his sense of grievance. For Biden, his unpolished, halting speaking style was omnipresent and, in its different way, conveyed that air of authenticity that voters demand.

One of the real political winners of the year were the hundreds of thousands of registrars of voters and other civic officials who managed to conduct an election in the middle of a pandemic. Despite what Laura Ingraham might have told you on Fox News, this election, like most U.S. elections, was largely free from incident. There was no demonstrable voter fraud, only a delay in counting mail-in ballots in those states that still had pre-COVID rules about not counting absentee ballots until the polls closed.

As we collectively limp into the new year, it is hard to assess what lasting damage has been done to American democracy by Mr. Trump, whether Mr. Biden will be able to heal those wounds, and how the now-mutating virus will continue to afflict our economy and our politics. How these hardships will intertwine with the pressing issues of racial injustice also remains to be seen.

It is by now banal to note that 2020 was a year unlike any other. Besides, all years are different one from another. History is the one thing that does not repeat itself. To me, 2020 yielded one truly intriguing question, whether history will consider COVID-19 or Trump the greater curse.