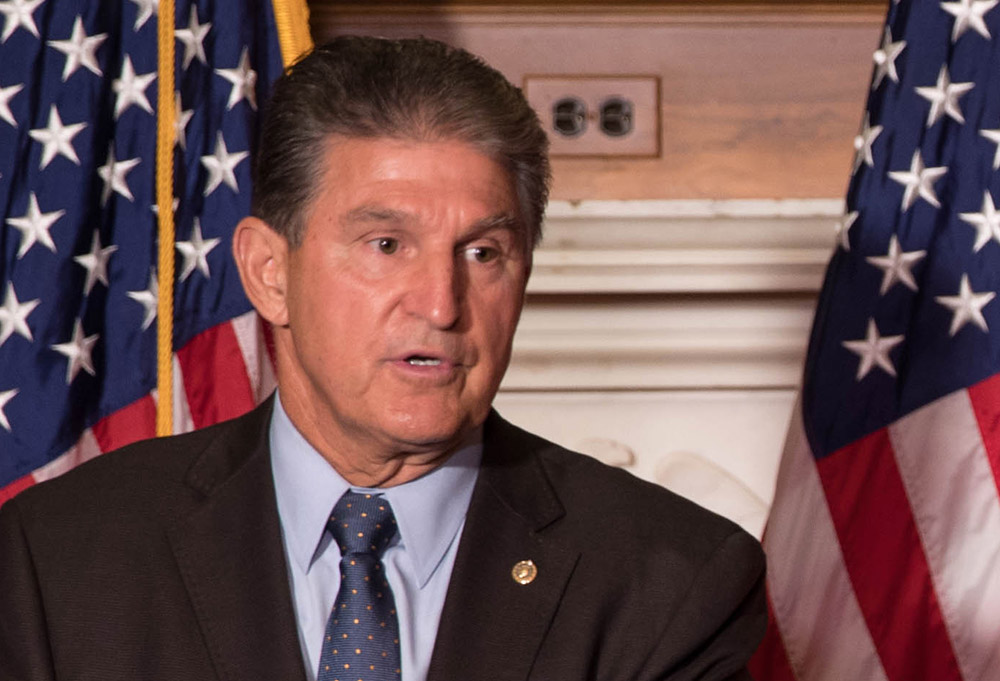 Last week, West Virginia Sen. Joe Manchin published an op-ed in The Washington Post explaining his reasons for refusing to vote to eliminate or weaken the filibuster. His arguments demonstrate both the degree to which politicians have become adept at adopting a prophetic stance, and the high cost of employing prophetic stances when they are not needed.

"There is no circumstance in which I will vote to eliminate or weaken the filibuster," Manchin wrote. "The time has come to end these political games, and to usher a new era of bipartisanship where we find common ground on the major policy debates facing our nation."

In calling America to return to its truest self, as a place where partisanship at times gives way before the clamant needs of the people and the common good, Manchin stands in a long line of prophets who called a people to return to their better selves, from Isaiah's visions to the Rev. Martin Luther King Jr.'s dream.

No right-thinking person would look at the state of the U.S. Senate and conclude it was functioning better than it did 20 or 50 years ago. The 1960s, when President Lyndon Johnson helped the advocates of civil rights legislation — Democrat and Republican alike — overcome the filibuster employed to block that legislation, were a high point of legislative success after a long and deliberative process. Now, we have mostly party line votes on all major pieces of legislation.

Even in the 1960s, however, the Senate had ceased to deserve its claim to be "the world's greatest deliberative body." There have been some fine speeches in recent years, even in recent months, most notably Sen. Mitt Romney's speech on Feb. 5, 2020 explaining why he was voting to convict President Donald Trump in the first impeachment trial. But you must go back to the antebellum era, to Sen. Daniel Webster's Second Reply to Hayne and Sen. Thomas Hart Benton opposing the Compromise of 1850, to find oratory of a kind to justify the claim.

In his op-ed, Manchin made the case that political gridlock had not been alleviated by previous efforts to weaken the filibuster:

Every time the Senate voted to weaken the filibuster in the past decade, the political dysfunction and gridlock have grown more severe. The political games playing out in the halls of Congress only fuel the hateful rhetoric and violence we see across our country right now. The truth is, my Democratic friends do not have all the answers and my Republican friends do not, either. This has always been the case.

There are many reasons for the current political dysfunction and gridlock, and it is far from clear that the Senate rules are a principal cause.

Manchin is not wrong when he observes that "working legislation through regular order in the Senate prevents drastic swings in federal policymaking. Voting rights reforms, instituting health-care protections and changes to the federal tax code and business regulations take time to implement on the state and local levels." The danger of legislative whiplash is real.

What Manchin fails to reckon with is that one party, and one party only, does not consider the prospect of legislative gridlock a political difficulty. The idea that government is not up to the task of providing for the common good is part of the Republican brand. Democrats don't run against government, Republicans do. He may pine for days gone by and, like Isaiah, call the people to live up to their truest selves, but Sen. Mitch McConnell's political bible replaced Isaiah with Machiavelli a long time ago.

The prophetic tradition has long been part and parcel of American political discourse, as Boston College professor of law and theology M. Cathleen Kaveny explained in her 2017 book Prophecy Without Contempt. In my review of that book, I wrote:

Kaveny argues that the jeremiad promoted social unity because it took the form of a legal indictment against violations of a widely accepted understanding of the people's covenant obligations, first to God and secondly to each other. It was only after the jeremiad was used to address issues that were contentious, about which there was no widely accepted understanding of what was and was not acceptable behavior, that the jeremiad became a source of social division, not social unity.

In a polarized time like our own, Manchin's prophetic witness to the filibuster may be sincere, and it may be true to some of the Senate's finest traditions. But in the absence of a "widely accepted understanding of what was and was not acceptable behavior," his witness is misplaced and counterproductive. He should voice his concerns about the loss of bipartisanship and the specter of inconstancy in federal policy, but then he should vote to consign the filibuster to history.