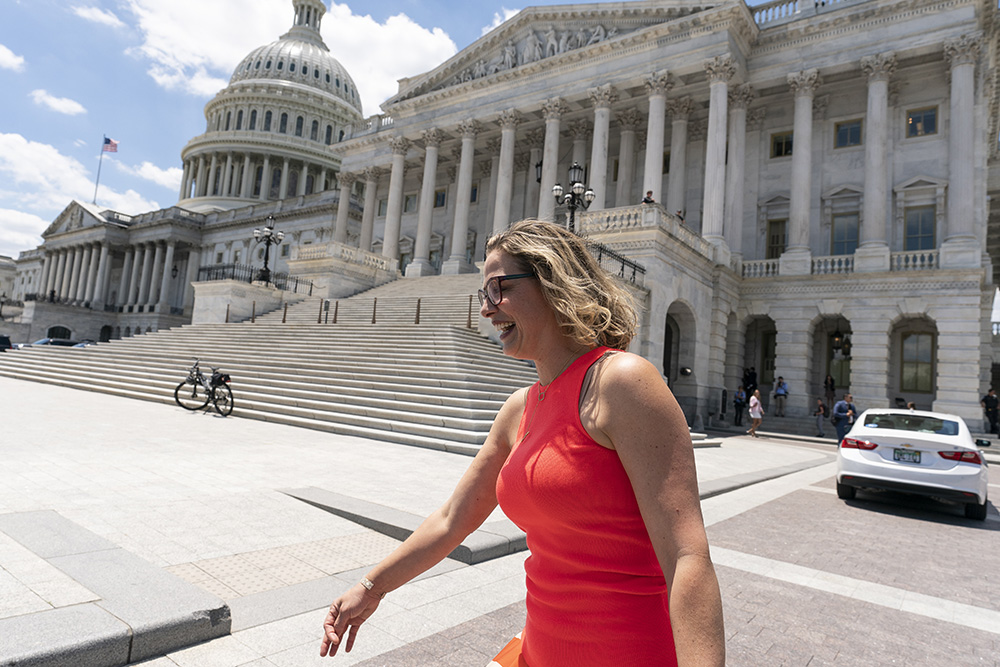 In June 2021, Arizona Sen. Kyrsten Sinema returns to the Capitol after a meeting with President Joe Biden at the White House in Washington. (AP/Alex Brandon, File)

"I've registered as an Arizona independent," Sen. Kyrsten Sinema told Jake Tapper on CNN. "I know some people might be a little bit surprised by this but, actually, I think it makes sense. You know a growing number of Arizonans and people like me just don't feel like we fit neatly into one party's box or the other and so, like many, across the state and the nation, I've decided to leave that partisan process and really just focus on the work that I think matters to Arizona and to our country which is solving problems and getting things done."

Watching the interview, it was difficult not to recall what Mary McCarthy told an interviewer at Paris Metro when asked her opinion of Lillian Hellman: "I can't stand her. I think every word she writes is false, including 'and' and 'but.' " Not so long ago, Sinema derided the course she is now taking, attacking Sen. Joe Liberman of Connecticut for running as an independent.

Although it is common to refer to those voters who decline to affiliate with a political party as "independent voters," it would be more accurate to call them "unaffiliated voters." The latter term is more also accurate in this case, suggesting "doesn't play well with others."

Sinema may prefer "independent" with its cultural reverberation. Images of daring figures, prepared to go it alone, to step away from conformity, leap to mind: Rosa Parks refusing to give up her seat or John Glenn being launched into orbit or Galileo standing up to the church. But, to borrow, and modify, a line from the late Sen. Lloyd Bentsen, Sen. Sinema, you're no Rosa Parks.

For starters, Rosa Parks would have — and John Glenn and Lloyd Bentsen did — vote to increase the minimum wage. Sinema famously gave a thumbs-down to a motion to include a minimum wage increase in the coronavirus relief bill. She patted Republican Leader Sen. Mitch McConnell on the back just before making the gesture, and did a weird little dance step as she gave the thumbs-down. It was performative and lighthearted when the moment, denying millions of working poor Americans a raise, called for gravitas.

Sinema also single-handedly forced Democrats to remove a provision from the Inflation Reduction Act that would have finally closed the carried interest loophole in the tax code. Carried interest allows hedge fund managers and private equity investors to avoid millions of dollars in tax liability. Choosing Wall Street over Main Street is not a characteristic associated with brave independence, is it?

Vermont Sen. Bernie Sanders was right when he said Sinema "helped sabotage some of the most important legislation that protects the interests of working families and voting rights and so forth."

And, unlike West Virginia Sen. Joe Manchin, who represents a state that Donald Trump carried by 29 points in 2020, Arizona voters just handed Democrats a sweep, winning all statewide offices and sending Sen. Mark Kelly back to the Senate.

Why then is Sinema ditching the Democrats?

Some see the move as more psychological than political. Politics is not a place for people with tiny ego. Still, even within the halls of Congress, Sinema has developed a reputation as someone who likes attention. Columnist Jeffrey Billman labeled her "the Senate's most attention-seeking member," and that is saying a lot. Eric Garcia called Sinema's party switch "an attention-seeking stunt."

There may be some of that psychology at play here, but it is also likely that Sinema's switch is a political move, albeit one that won't work. She has been losing the support of people who knocked on doors for her in 2018. 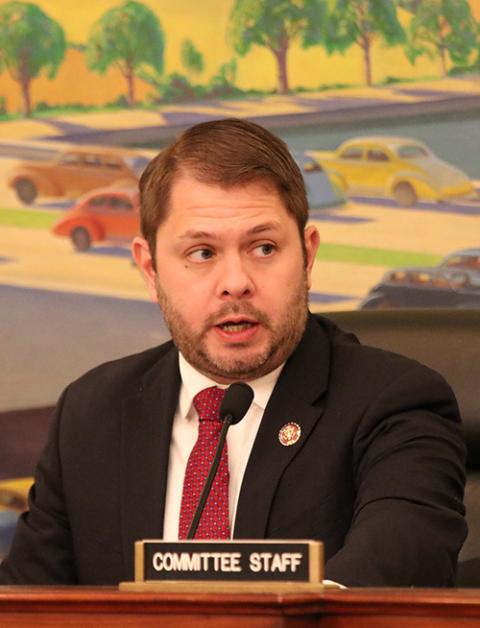 In the event, progressive Democrats have an alternative in 2024 in the person of Rep. Ruben Gallego, the popular Phoenix-based Congressman. (Full disclosure: I met Gallego this summer through a mutual friend and came away liking him and his wife, Sydney, immensely.) As Brent Budkowsky wrote at The Hill, Gallego is the kind of candidate who can unite Democrats and appeal to unaffiliated voters.

A former Marine who served in Iraq, Gallego is committed to progressive economic policies like raising the minimum wage and taxing Wall Street financiers fairly. He is also conscious of the ways some liberals turn off voters on cultural issues. He was the first Latino congressman to tell his staff to never use the unpronounceable neologism "Latinx" in official correspondence.

If Sinema sought to embody the centrist "sham" that Howard Schultz and Michael Bloomberg tried in 2020, conservative on fiscal issues but liberal on sociocultural ones, Gallego might be the kind of Pope Francis voter who actually appeals to a large swath of the electorate, liberal on economic issues and, if not exactly conservative on sociocultural issues, also not playing the performative game favored by some white liberals in which candidates are expected to signal their tolerance by using language like "Latinx" and referring to "persons capable of pregnancy" rather than "women."

Gallego would do well to have a long conversation with Lee Drutman, the political scientist whose work on the ideological taxonomy of the electorate I have highlighted previously.

You can see why Sinema would not want to face Gallego in a Democratic primary: She would lose. But there is also no path for her to win as a third-party candidate. Alaska Sen. Lisa Murkowski and Maine Sen. Angus King are independents serving in the Senate but they both represent states with a small population, allowing a candidate to actually undertake retail campaigning. And they are both congenial.

Is there a solution? I suspect polling will indicate pretty soon that there is no path to victory as an independent for Sinema; a third-party candidacy can only hand the seat to the Republicans. President Joe Biden should find out what Sinema wants and offer her a job. Ambassador to Australia? A slot in the cabinet? Then, Arizona's newly elected Democratic governor, Katie Hobbs, could appoint Gallego to fill the unexpired term, and he can run as an incumbent in 2024.

No matter what happens between now and November 2024, I am betting Gallego will be the next senator from Arizona. The sky is the limit for this guy. And maybe Sinema will end up working on Wall Street, where a lot of people owe her big time.