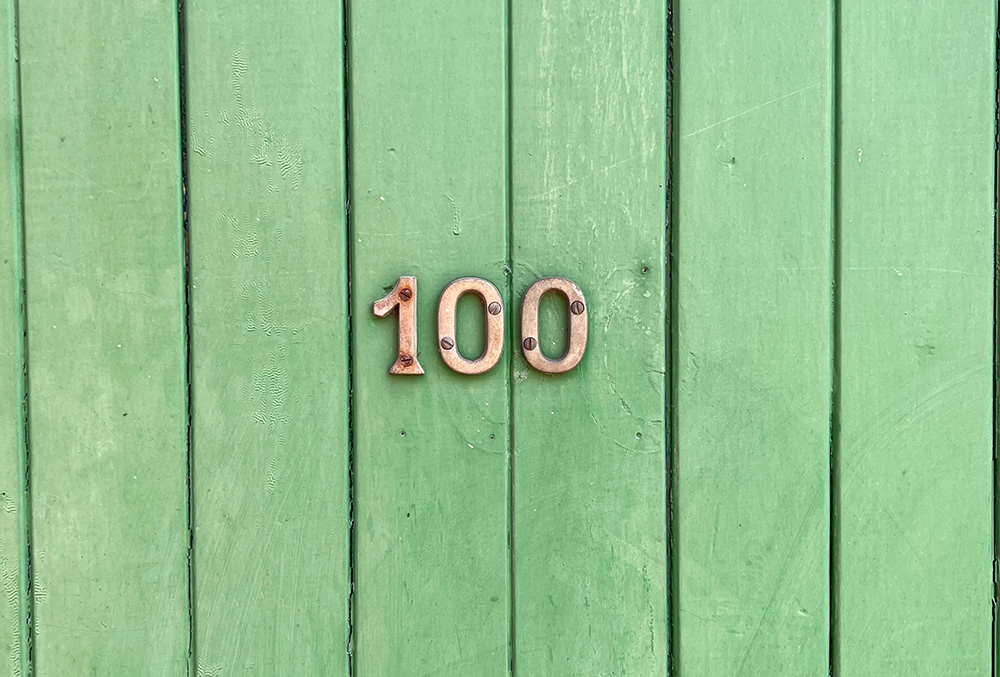 There are lots of ways to evaluate and express what matters most to you. Last week, the electorate in this country expressed what matters to them at the polls, casting votes for representatives and elected officials who reflect principles and policies aligned with what matters to voters. This week, the American bishops gathered in Baltimore to elect a new slate of conference leaders and discuss topics that reflect their priorities and interests.

While I might typically use my column this week to engage with and analyze the results of those two groups' expressions of, at least partially, what matters to them, I want to do something different this week. As it happens, this is my 100th column for NCR, which has led me to reflect on the themes about which I have written over the last few years.

It also provided me with an opportunity to reflect on what a privilege it is to write a twice-monthly column for a publication as important and impactful as NCR. While having regular publication deadlines hanging over my head every other week can be daunting at times, especially when I'm not settled on what topic to address, I find myself renewed in gratitude for this part of my work and ministry.

To be honest, I never imagined I would be a national columnist. That I am is really thanks to Jesuit Fr. Matt Malone who, as editor in chief of America magazine at the time, invited me to join the masthead as a columnist in 2013. For four years, I wrote for America until the publication redesign and production schedule changed and there was an understandable restructuring of staff writers and contributors. I'm grateful to all my former colleagues and editors at America.

About a year later, I was approached by NCR's then-executive editor Tom Roberts, who invited me to consider joining the team at NCR.

I wasn't sure I wanted to come out of "columnist retirement," as I viewed it at the time, but conversations with him and other NCR staffers over several months — and the Holy Spirit's role in prayer discernment — led me to say yes, and now here we are 100 columns later, looking back over what feels like a blink of the eye.

It is perhaps this column more than anything else that has generated the most comments and feedback (mostly good, but occasionally disgruntled) from colleagues and strangers alike in recent years.

Although I have written on a range of topics over the years, regular readers likely will detect some recurring themes. Among these are climate change and the environment, systemic racism and LGBTQ issues. All these topics are for me not only social concerns and justice issues, but also theological matters that are personally and professionally important.

I am regularly surprised when I find myself returning to one of these three areas, feeling often that I have already said what I needed or could say on the given topic. And yet, I can't seem to quit discussing them.

Looking back on my columns about the environment, I am reminded of a piece that felt in the moment intuitive but was received by some as provocative. In September 2019, I wrote, "Climate change is the most important life issue today." The thesis was simple: Logically, it does little good to expend tremendous energy and resources advocating for particular categories of human life without concurrently working to address the global climate catastrophe. What good is an end to legal abortion or euthanasia or capital punishment if there is no inhabitable world in which human persons can live?

It occurred to me then and still strikes me now as preposterous that so many church leaders would spend as much time and resources on single "life issues" as they have while ignoring the unifying and global concern of accelerating climate change, which is a threat to all life.

Within the American context, this might rightly be categorized as yet another rejection by some church leaders of the magisterial teaching of Pope Francis in "Laudato Si', on Care for our Common Home." We have a lot more work to do, and if the Catholic Church wishes to maintain any semblance of credibility, especially among millennials and Generation Z, church leaders must prioritize care for creation.

Systemic racism was the subject of my fourth column at NCR, but it was hardly the last time I would write about the topic. That particular essay, titled "The bishops' letter fails to recognize that racism is a white problem," expressed disappointment at the inadequacy of the U.S. bishops' first teaching document on the sin of racism in almost 40 years.

I had written about racism when I was a columnist at America, but it has become more and more a focus over the last few years. I've written about some of the ways I experience white privilege; about how structures of sin in the church (clergy sexual abuse) and society (police violence against people of color) bear striking resemblances. These and other observations led Ave Maria Press to ask me to write a book about racism and privilege for white Catholics.

That we have witnessed church leaders denigrate social movements seeking racial justice, even as Pope Francis has decried racism as a virus, undermines their own pastoral and moral authority. Such comments have emboldened many lay (white) Catholics to question the reality of systemic racism and minimize the Christian responsibility to work for racial justice.

It is shameful that many church leaders are not living up to their full vocation to proclaim the Gospel in word and deed, choosing to acquiesce too often to financial, political and social pressures and interests instead.

The last of the three major areas I have found myself returning to time and again are LGBTQ issues, especially the experiences and realities of our transgender siblings.

For example, I have written about the boogie man of "gender ideology," that vacuous expression used to support transphobia in the church; about how bishops have been increasingly issuing dehumanizing and factually errant statements that put already vulnerable people into greater danger; about how we should use preferred pronouns of individuals on account of our Catholic faith, not despite it; and how the anti-LGBTQ policies and views of many church leaders are simply wrong and sinful.

So many people have been ministering to and advocating on behalf of LGBTQ folks in the American church for years. Among these are courageous and holy women religious like Dominican Sr. Luisa Derouen, who has worked for decades with the trans community, and Loretto Sr. Jeannine Gramick, the co-founder of New Ways Ministry.

But both the articulation and the perception of church teaching pertaining to the existence (let alone the full flourishing) of LGTBQ remains offensive and dangerous. Theological work still needs to be done to overcome antiquated notions of human personhood that rely almost exclusively on ancient and medieval worldviews without regard for all that we continue to learn about ourselves, the world and God.

As I look back over my first 100 NCR columns, I feel grateful for the space to participate in the important and ongoing discussion about these themes and others. Despite all my scholarly work, teaching and lecturing, and book publications (and podcasting), it is perhaps this column more than anything else that has generated the most comments and feedback (mostly good, but occasionally disgruntled) from colleagues and strangers alike in recent years. I want to thank you, the readers, for being a part of this ongoing conversation and allowing me to share some thoughts with you a couple times a month.

Let me also take this occasion to thank my colleagues and editors at NCR, especially Executive Editor Heidi Schlumpf, for the opportunity to continue writing about these and other issues that I believe are important not only to me, but to the church and world.