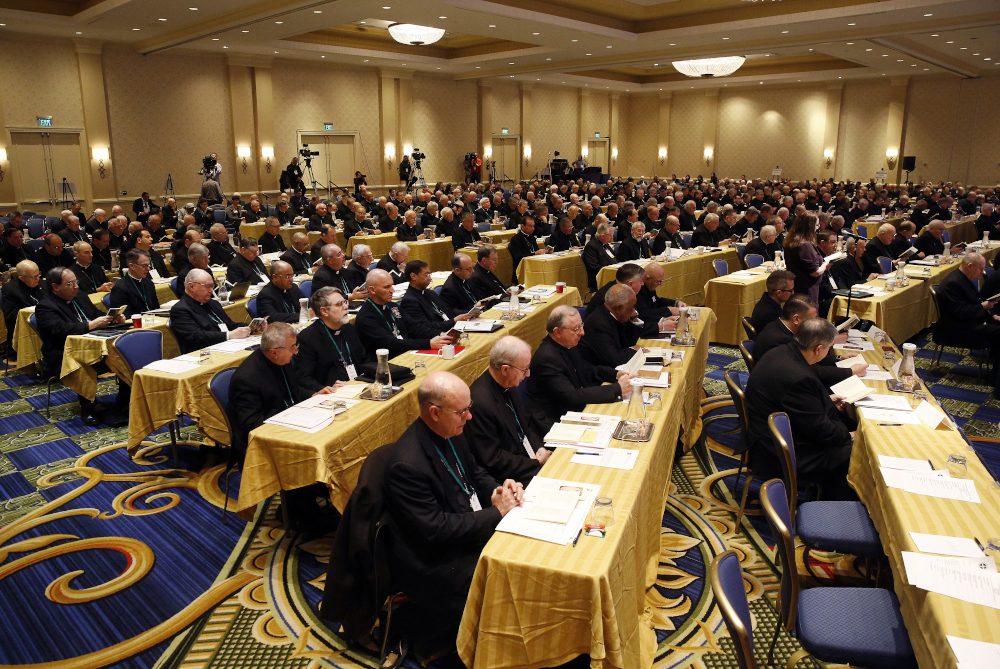 This week, Catholic and Baptist leaders meet to deal with issues facing their churches. While the two Christian churches are very different from each other, they do face similar problems.

The Southern Baptist Convention is meeting June 15-16, while the U.S. Conference of Catholic Bishops will meet June 16-18.

First, both have been racked by sex abuse scandals.

The Catholic Church has been publicly grappling with this problem longer and seems to be ahead of the Baptists in responding to it. But the American bishops, and the Catholic Church as a whole, have an advantage besides time: Their long-established hierarchy and centralized policy engine make it easier to move against an often intractable ill.

The Southern Baptist Convention's executive committee has wisely brought in an outside investigator in Guidepost Solutions. Such third-party firms can be essential in restoring credibility to the churches when they are accused of covering up abuse. But Baptists need to learn from the mistakes Catholic bishops made and should quickly move to zero tolerance of abuse, denomination-wide mandatory reporting and transparency.

Second, both the Catholic Church and the Southern Baptist Convention are led by men who do not know how to deal with women.

At both meetings, the leadership will comprise only men. Both Catholics and Baptists deny women the opportunity to be leading ministers in their churches. Catholic women cannot be priests, and Baptist women cannot preach or lead Baptist congregations.

In denying ministry to half their membership, both the Southern Baptist Convention and the Catholic Church are ignoring a huge pool of talent that could help them spread the gospel. The prohibition also alienates women and young people who see their churches as patriarchal, and by implication dismissive of their concerns. When prominent Baptist women like Beth Moore have left the Southern Baptist Convention, it makes a splash. Scores of Catholic women have also taken their leave, only with less fanfare.

(Interestingly, although the Catholic Church forbids women from becoming priests, it does allow them to preach, as long as their talk is not a homily. These are the kind of canonical distinctions Catholics thrive on. A homily is defined as a sermon given by a priest at Mass after the reading of the Gospel. Laymen and women cannot give homilies. However, they can give "reflections" on the readings, a legal loophole big enough for a smart pastor to drive a truck through.) 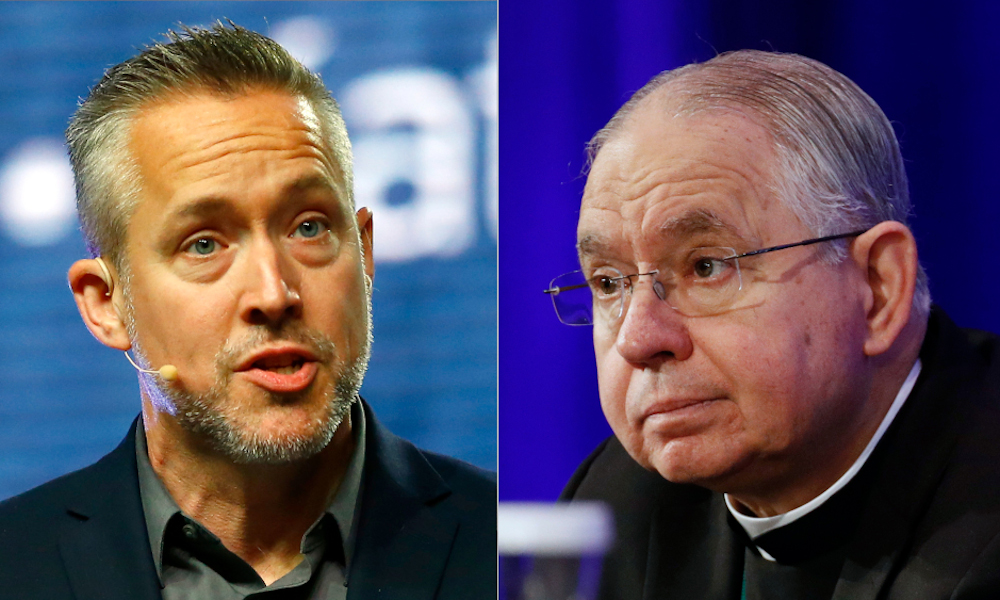 Both are also failing to deal with racism in a way that responds to movements like Black Lives Matter. For better or worse, the Southern Baptists are debating critical race theory; the bishops have so far chosen to ignore the issue.

Fourth, both the Southern Baptist Convention and the Catholic Church are losing members, especially the young. Neither knows how to deal with the growing number of "nones," those who identify with no religious institution. Both need the humility to listen rather than talk and to admit mistakes rather than condemn.

Fifth, both meetings do not have on their agenda some of the most critical issues facing their faithful and the world, like global warming, the pandemic and the growing divide between the rich and everyone else. 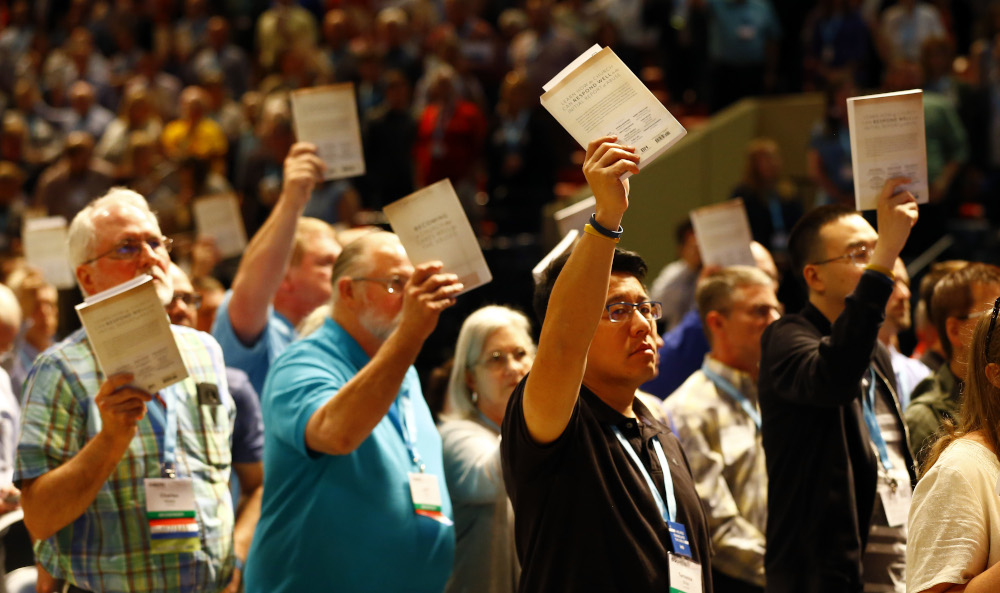 Messengers hold up an Southern Baptist Convention abuse handbook while taking a challenge to stop sexual abuse during the annual meeting on June 12, 2019, in Birmingham, Alabama (RNS/Butch Dill)

But the spring meeting of the U.S. bishops' conference, which opens the day the Southern Baptist Convention closes, will be quite different.

Size is one obvious difference. The Southern Baptist Convention will host more than 17,000 "messengers" in Nashville, Tennessee, while the U.S. bishops' conference is limited to fewer than 300 bishops, who will meet virtually.

Baptists have always been more decentralized and democratic than the Catholic Church. Resolutions can pass the Baptist convention by a majority vote, while important decisions by the U.S. bishops require at least a two-thirds vote if not a consensus plus approval of the Vatican. Baptists do not have a pope.

And if a Baptist leader, like Russell Moore, does not get his way, he can break with the convention and walk out. This would be unthinkable for a Catholic bishop.

The bishops often take their most controversial issues for discussion behind closed doors, something unthinkable to Baptists. All of this makes Southern Baptist Convention meeting more chaotic and exciting than the usually staid meetings of Catholic bishops.

What happens at these meetings this week may affect the lives of millions of Baptists and Catholics, as well as the nation as a whole. Just as likely, however, is that the world may simply ignore them as irrelevant.