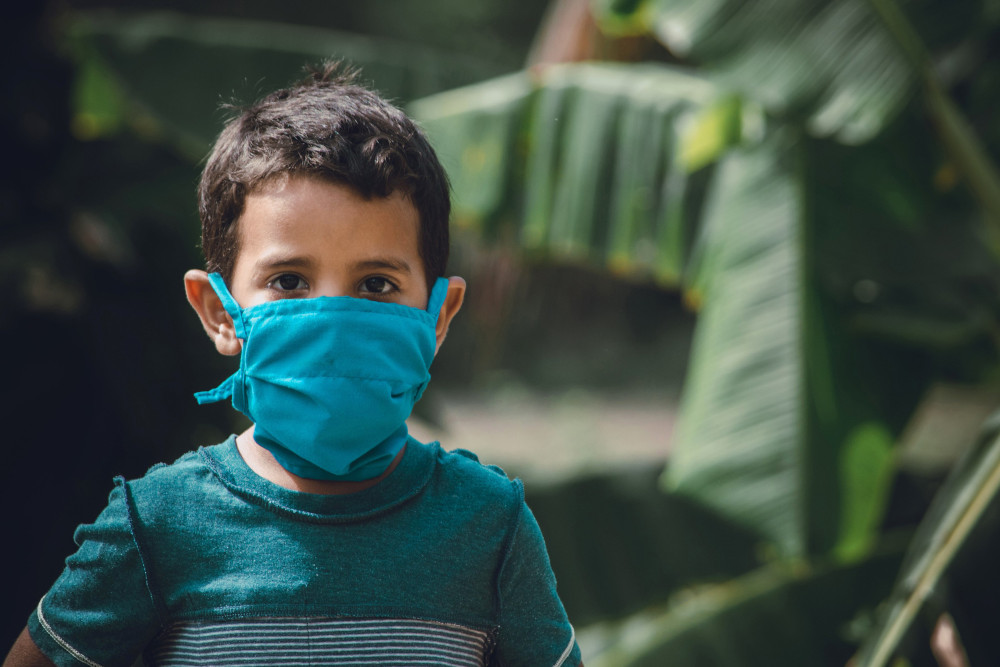 If a nation's moral character can be measured by how it treats its children, the United States is not doing well. Even in 2018, before COVID-19 struck, 1 out of 6 American children lived in poverty. Back then, there were 11.9 million children in poverty. The number today is much higher. They cry out to heaven for help.

How can we ignore this moral outrage? Is it because nearly three-quarters of these children are children of color? Is racism so ingrained in America that a child of color is worth less than a white child? In God's sight, every child is precious.

Is it because they do not live in the neighborhoods of the middle class and powerful? Our segregated, gated communities allow us to live with eyes averted from disturbing visions. In the parable of Lazarus in the Gospel of Luke, the rich man was forced to walk by Lazarus each morning. But these poor children are pushed into slums where we do not have to see them. Out of sight, out of mind. We do not feel guilty if we do not see those in need.

Is it because the media tends to ignore them? For the past four years, the media was so consumed with Donald Trump's tweets, it did not have time for the millions of children living in poverty. It's easier to provoke partisan outrage than Christian compassion. And anyway, what advertiser wants his luxury ad to follow a story about hungry children?

Is it because we are more interested in passing judgment on their parents than in helping the children? Almost 40% of children living with single mothers are in poverty, and the younger the child, the more likely to be in poverty. Are these children somehow less valuable than those living with two parents? Do we not realize that attempting to punish their parents instead punishes the children for being born?

Are we so concerned about children in the womb that we forget them as soon as they are born? Being pro-life must include concern for children after they are born as well as for those in utero.

The damage done to children living in or near poverty is permanent, especially when they are hungry or homeless. Hunger has lasting effects that are revealed in lower reading and math scores, and more physical and mental health problems as children and later in life.

Neglecting our children is not only morally disgraceful, it is also economically stupid. Rather than developing our greatest assets, we are allowing them to deteriorate so they become liabilities.

According to economists, one of the best government programs to help children is a child tax credit. Such credits have had bipartisan support since the mid-1990s, when they were supported by both the Clinton administration and the congressional Republicans' Contract with America.

Many Republicans, however, see this as welfare under a new guise. They prefer that the credit go only to working parents, even though that does nothing for the poorest children.

Currently, all families are eligible for a credit up to $2,000 per child under age 17. The current credit is partially refundable, which means that those too poor to pay taxes can receive a cash payment of up to $1,400 per child.

President Joe Biden proposes temporarily increasing the credit to $3,600 for children under age 6 and to $3,000 for children under age 18. He would also make it fully refundable, so that the very poor would get the full amount. The payments would be monthly, rather than in a lump sum at tax time. He also phases out the credit at $75,000 for single filers and at $150,000 for couples.

Alternative proposals for a child tax credit have been made by House Democrats, and by Sen. Mitt Romney and others.

The Center on Poverty and Social Policy at Columbia University says this would reduce the poverty rate among children under 18 from 13.6% to 7.5%.

To help lift children from poverty, permanently increasing the child tax credit and making it fully refundable is an idea whose time has come. Congress needs to enact legislation as soon as possible.