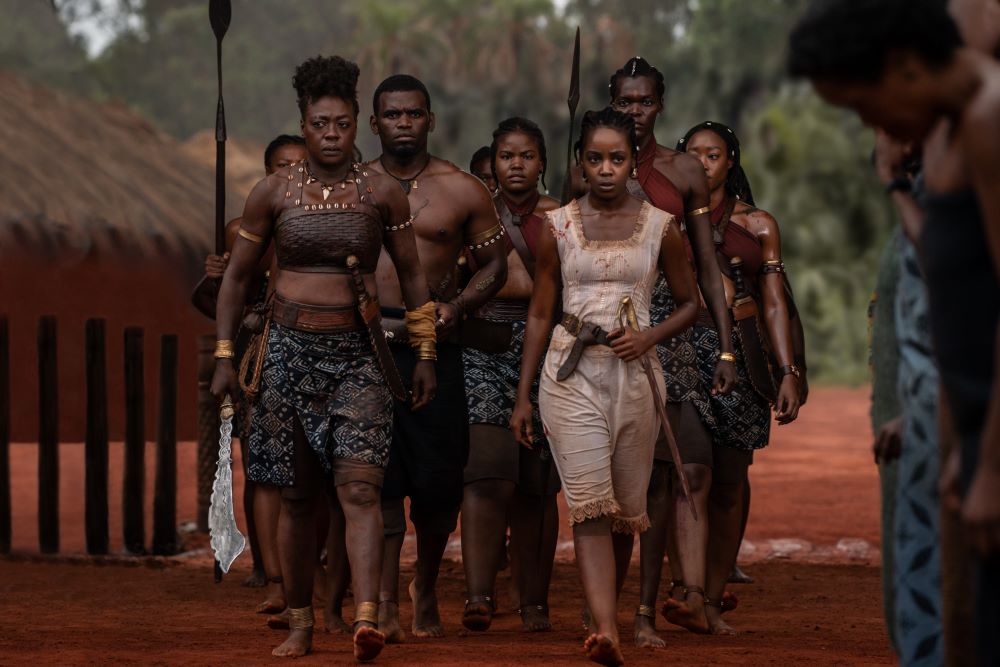 The action-packed film "The Woman King," released on Sept. 16, debuted at No. 1 at the box office opening weekend, earning $19 million and garnering 1.4 million viewers in its first three days. However, the movie, starring an all-Black female-led cast, has created controversy over its depiction of the Kingdom of Dahomey, or present-day Benin in West Africa.

Viola Davis plays the role of Nanisca, the leader of the Agojie — Dahomey's all-woman military — who fearlessly leads the warriors into battle to rescue her people captured in raids. Nanisca also implores King Ghezo (John Boyega) to cease the kingdom's role in selling Africans to the Portuguese traders for the transatlantic slave trade.

The controversy surrounding the film lies in the fact that the Kingdom of Dahomey's desire to end its participation in the slave trade is largely fictional. Dahomey controlled the slave port of Ouidah from 1727 to 1892, which was the most important embarkation point for people sold into slavery between the 17th and 19th centuries. The port was not closed until the end of the transatlantic slave trade. Historical records and firsthand accounts also portray the Agojie not as feminist defenders of liberation but instead as a ruthless military unit that raided and terrorized neighboring territories in order to capture people to sell into slavery. 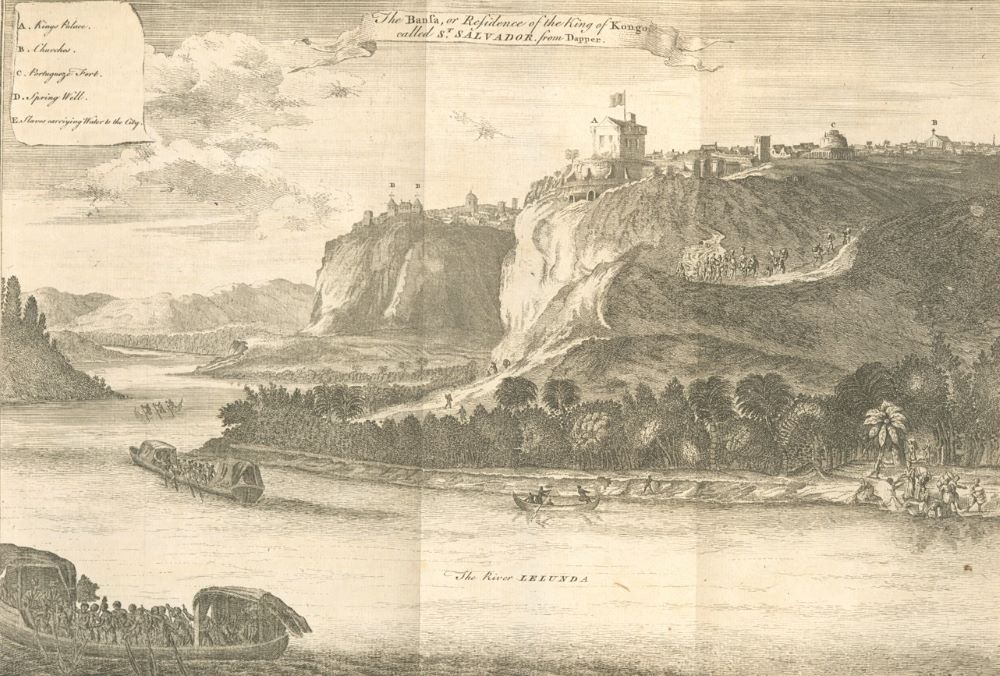 São Salvador, capital of the Kingdom of Kongo, in the late 17th century by Thomas Astley, 1745 (Wikimedia Commons/NYPL Digital Library)

After I watched "The Woman King," I couldn't help but make comparisons to the Kingdom of Kongo, which I write about in my first nonfiction book, currently under contract with Orbis Books. While the Kingdom of Dahomey's ambivalence about the slave trade is questionable, there existed a Catholic African kingdom that did, in fact, participate in selling Africans to Europeans and whose king tried unsuccessfully to end the practice.

In Born in Blackness: Africa, Africans, and the Making of the Modern World, 1471 to the Second World War, Howard W. French details the historical importance of the people, states, cultures and civilization of Africa that has been largely hidden and ignored. One such history is of the Kingdom of Kongo, which was located in present-day Angola and the Democratic Republic of Congo. The Portuguese first arrived in the Kongo region in 1483 and ensued diplomatic relations with its kingdom.

Fifteen months before Christopher Columbus' first voyage, on May 3, 1491, King Nzinga a Nkuwu of Kongo converted to Catholicism and adopted the Portuguese name João I — the same name as the Portuguese king. João I sent youth to Europe for literacy and education in the Catholic faith, and Portuguese was adopted as the official language for correspondence, diplomacy and record-keeping.

After the king's death, his son, Mvemba a Nzinga, who was given the Christian name Afonso I, defeated his half brother to ascend the throne. Afonso officially made Catholicism the state religion, ordered the destruction of idol figurines, and built a church dedicated to Our Lady of Victory.

The church stood by as three of the five major countries that dominated the slave trade, Portugal, Spain and France, were predominately Catholic.

According to Cyprian Davis' The History of Black Catholics in the United States, Afonso sent sons of Kongo elite to Portugal and other European places for further literacy, education and religious instruction. His son, Henrique, was ordained a priest in Portugal, and Pope Leo X gave him permission to be consecrated a bishop, which Davis believes happened in 1521. Kongo also sent missions to the Vatican, sought Rome's support, and petitioned to be granted its own episcopal see.

Davis states that Afonso had two main concerns: convert his people to Catholicism and profit from the technological knowledge of the Europeans. However, to do so, Afonso had to control the "rapacious appetite of the Portuguese for riches and especially slaves."

The practice of capturing prisoners and ransoming them as slaves was ancient and widespread and crossed geographic and color lines. French explains that white-Arab and white-on-white slavery, which mostly involved Slavs, existed in Italy, southern France and Iberia into the 16th century. The people on the African continent also traded slaves to different regions. However, enslaved people had ways out of slavery such as marriage and absorption in their owners' family lines; and children of those who were concubines could rise in status to be leaders of the state. 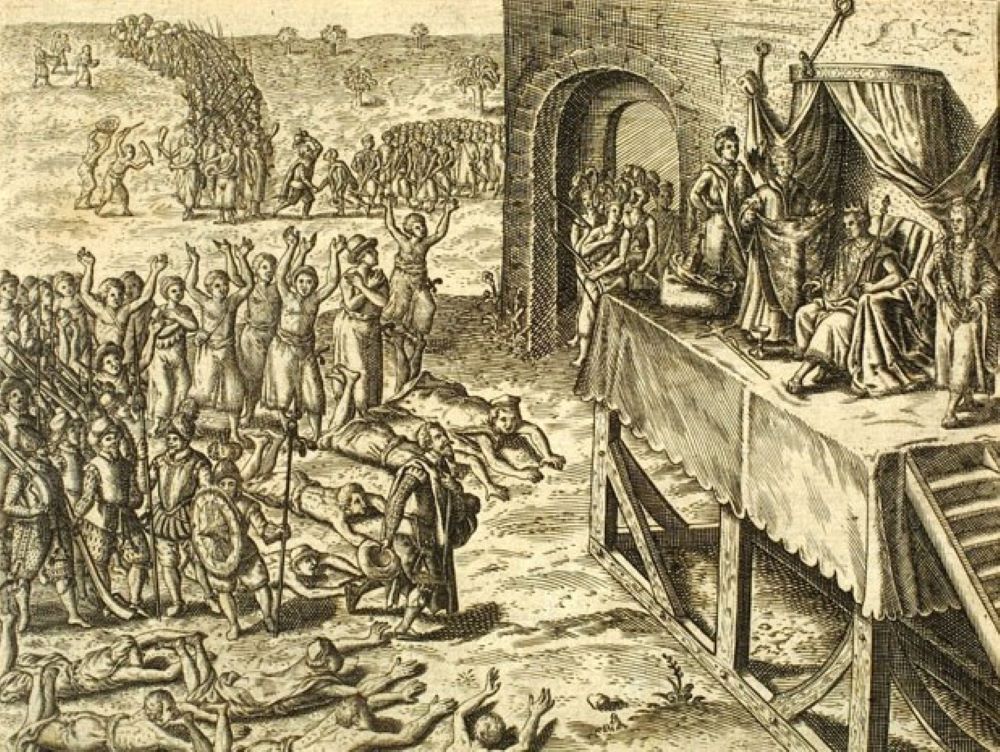 In 1452, Pope Nicholas V issued the papal bull Dum Diversas, which legitimized the Portuguese slave trade, stating, "We grant to you full and free power, through the Apostolic authority by this edict, to invade, conquer, fight, subjugate the Saracens [Muslims] and pagans, and other infidels and other enemies of Christ" which would lead to their "perpetual servitude."

In 1455, Nicholas issued another papal bull Romanus Pontifex, which reaffirmed and extended the legitimization of the slave trade and granted the Portuguese king exclusive access to sub-Saharan Africa, stating the "right of conquest which in the course of these letters we declare to be extended from the capes of Bojador and of Não, as far as through all Guinea, and beyond toward that southern shore, has belonged and pertained, and forever of right belongs and pertains, to the said King Alfonso, his successors, and the infante, and not to any others."

From early in his reign, Afonso used the export of Africans captured from nearby territories to maintain the Kingdom of Kongo's relationship with Portugal. Davis noted that in Afonso's defense, he probably did not know that the Portuguese's race-based, chattel slavery would be vastly different than the kind of slavery practiced in Africa. Afonso would soon find out that the Portuguese "appetite for slaves was insatiable," and even some in Afonso's own family and inner court were seized by the Portuguese and traded.

Afonso wrote to King João III in 1526 and condemned the corruption of the Portuguese and the harm inflicted on Kongo, including what he called the "depopulation" of his country. He stated it was the Kongolese will that "in this Kingdom there be no slave trade nor [any] outlet for it."

However, in his response, João pointed out there was an endless supply of Africans to enslave outside Kongo, and he made clear that if Afonso stopped the trade, Portugal would reduce its commerce to the kingdom to only one ship per year. At that time, Africans captured and enslaved were exported both to Portugal's mainland and later to Brazil, which Portuguese explorers had first identified in 1501. Soon, populating the Brazilian colony with Africans whom they enslaved and forced to work cultivating sugar became Portugal's priority.

João's threat apparently worked, and Afonso's later correspondence in 1540 revealed the king had a change of heart. In a letter to his Portuguese counterpart, Afonso ensured that Kongo, even more than any other African country, could supply Portugal the Africans to be traded into slavery.

French states that by the middle of the 16th century, Kongo sold as many as 4,000 Africans a year. The Portuguese also traded enslaved people with various kingdoms throughout Western Africa. Over the duration of the transatlantic slave trade, 1.3 million captives were generated by Portugal's colony in Africa, Luanda, which made it the single most prolific source of slaves into the American trade, according to French. Subsequently, a large number of those from Kongo's region sold into slavery were Catholic.

Though Afonso died in 1542, and the Portuguese successfully lobbied Rome against Afonso's request for an episcopal see, the Kingdom of Kongo was staunchly Catholic for over two centuries and under African leadership until the 1660s. In 1665, Kongo's Catholic King António was captured in battle and beheaded by the Portuguese, who gradually consolidated power over the whole of Angola, which it colonized in 1885 and held as a colony until 1975. The remainder of the Kingdom of Kongo was colonized by Belgium.

Grappling with the little-known history of the Kingdom of Kongo is part of the broader reckoning the Catholic Church needs to have with its role in slavery. The church provided a seminal role in blessing the slave trade that Portugal launched, and as French describes, "providing sanction for the activity and even trading in human captives itself." The church stood by as three of the five major countries that dominated the slave trade, Portugal, Spain and France, were predominately Catholic. Catholic bishops, priests, religious orders and laypeople throughout the world owned, sold and profited from the enslaved. About 12 million Africans were captured and trafficked to the Americas, while French estimates another 6 million were killed in Africa during slave raids.

While the film "The Woman King" may be largely fictional, it has opened the door to learning more about the toll the transatlantic slave trade played on people of African descent both in Africa and around the globe, and the repercussions that are still felt today.

A version of this story appeared in the Nov 11-24, 2022 print issue under the headline: The true Catholic history behind 'The Woman King'.